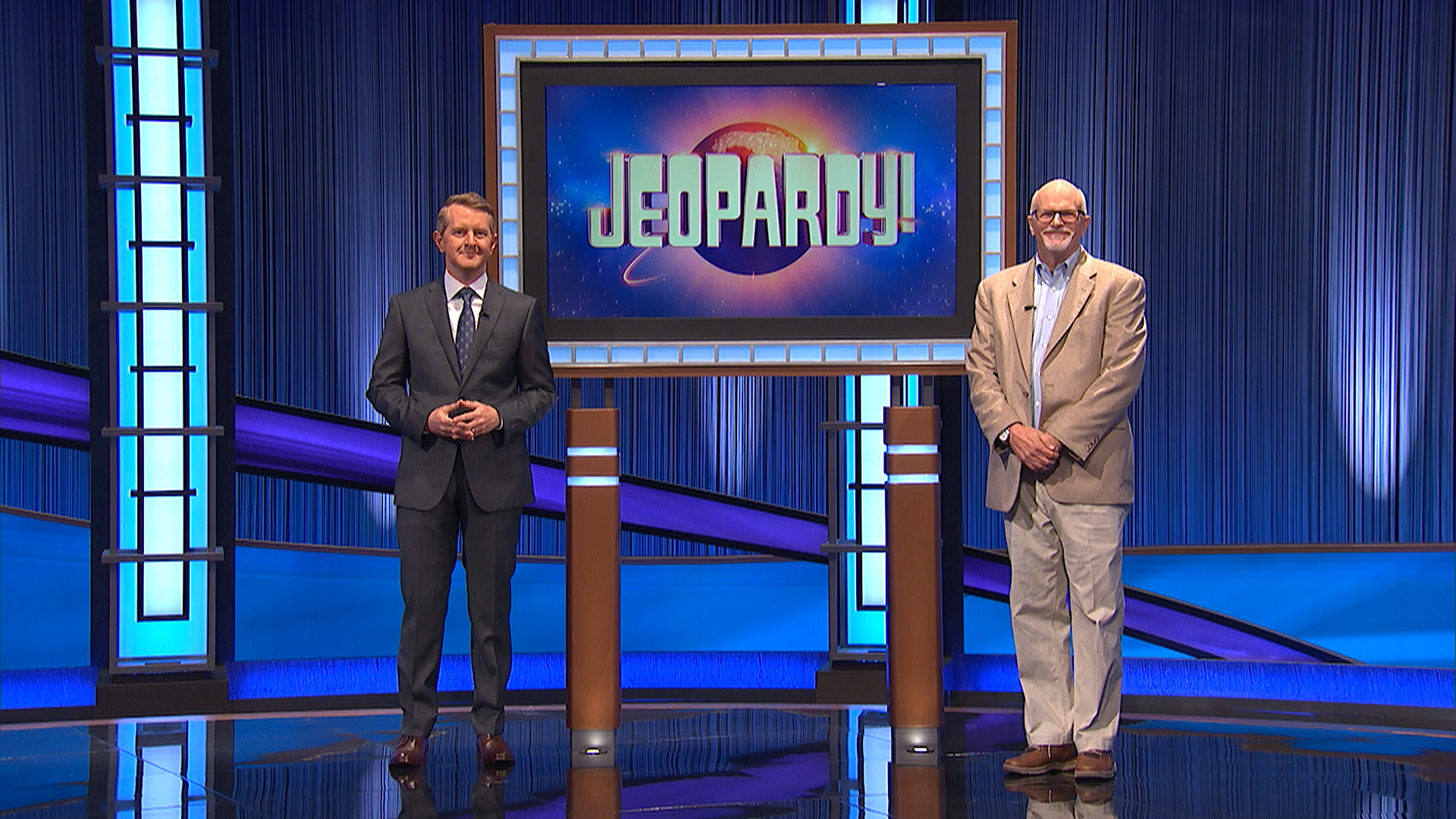 Dana Point resident and UC Irvine professor Edward Coulson has been told he has a trivial mind. After decades of watching the game show Jeopardy!, his love of trivia paid off, as Coulson walked away from his three-day stint on the show last week with roughly $40,000 in winnings.

“It was just an incredible experience,” Coulson said. “I get overwhelmed every time I think about this, because I’ve been watching Jeopardy! for a really long time. … I remember watching it as a kid back in the ’60s, and it still feels a little bit surreal.”

A professor of economics and Director of the Center for Real Estate and University of California Irvine, Coulson said it was his habit of accumulating knowledge from his reading that helped prepare him for his Jeopardy! stint.

“I read a lot, of course, both for my job and for pleasure, and have accumulated a lifetime of facts that I’ve just always stored in my head,” Coulson said.

He began teaching at UCI in 2016 and moved with his wife to Dana Point in September 2017.

“We were looking around for a place to live, and we started looking at houses in Dana Point. My wife and I fell in love with Dana Point and said, ‘We’re going to move here,’ and kept looking for the right house,” Coulson said. “We just love it here, such a fantastic community; couldn’t be happier.”

The three-step audition process consisted of a timed online quiz, followed by another timed online quiz with your computer’s camera on to ensure nobody is helping you complete the quiz, and a third round on Zoom with a handful of other potential contestants.

“The third round is like a ‘Brady Bunch’ Zoom. There’s eight or nine people there, and there’s a host, and you’re all kind of looking at each other, and they do a little interview like they would on the show,” Coulson said. “They ask a bunch of questions, and instead of buzzers, you just kind of click a ballpoint pen in front of the camera.”

After completing the audition process in early 2021, Coulson then waited six months before he was called to be an alternate for the Professors Tournament. However, in October, Coulson did not get the chance to join the stage, as none of the contestants dropped out of the tournament.

“I went through everything that contestants did except for actually appearing on the show,” Coulson said.

Coulson’s Jeopardy! opportunity came with very little notice, he said. In May, he got the call to be on the show and drove up to the Sony Pictures Entertainment studios in Culver City to prepare for the show.

“I was nervous, of course; who wouldn’t be?” Coulson said. “It’s very surreal to be in that position and seeing things as a contestant for the first time.”

Walking away with the first win was overwhelming, Coulson said.

“It was an amazing feeling,” Coulson said. “I walked in that morning knowing that my life would change in some way, but it would be either I was a Jeopardy! contestant or a Jeopardy! champion.”

When Coulson applied as a potential contestant, he provided a list of fun facts for Jeopardy! host Ken Jennings to bring up during the “get to know the contestants” segment of the show. During his third day of competing, Jennings brought up the book that Coulson is writing with his wife and son.

Coulson’s son, Brendan, jokes that he had to make it to Day 3 in order to advertise their book, The Casebook of Qing and Xmucane.

Coulson added that Jennings was an especially empathetic host, able to connect with contestants’ experience due to his own experience as a 74-day Jeopardy! champion.

“Ken was our host, and he was marvelous,” Coulson said. “The thing that I tell people is that he understands what you’re going through, because he did it so many times; even though he does so many shows, he seems like he knows what you’re thinking and was very empathetic.”

Coulson went into his third day of Jeopardy! with a two-day total of $40,200.

“I’m just so grateful; I felt so fortunate that I came out the winner,” Coulson continued. “When it happened the second day, I was like, ‘Oh, no, this is impossible.’ It didn’t work out for me on the third day, but just very grateful and fortunate to have this happen to me.”