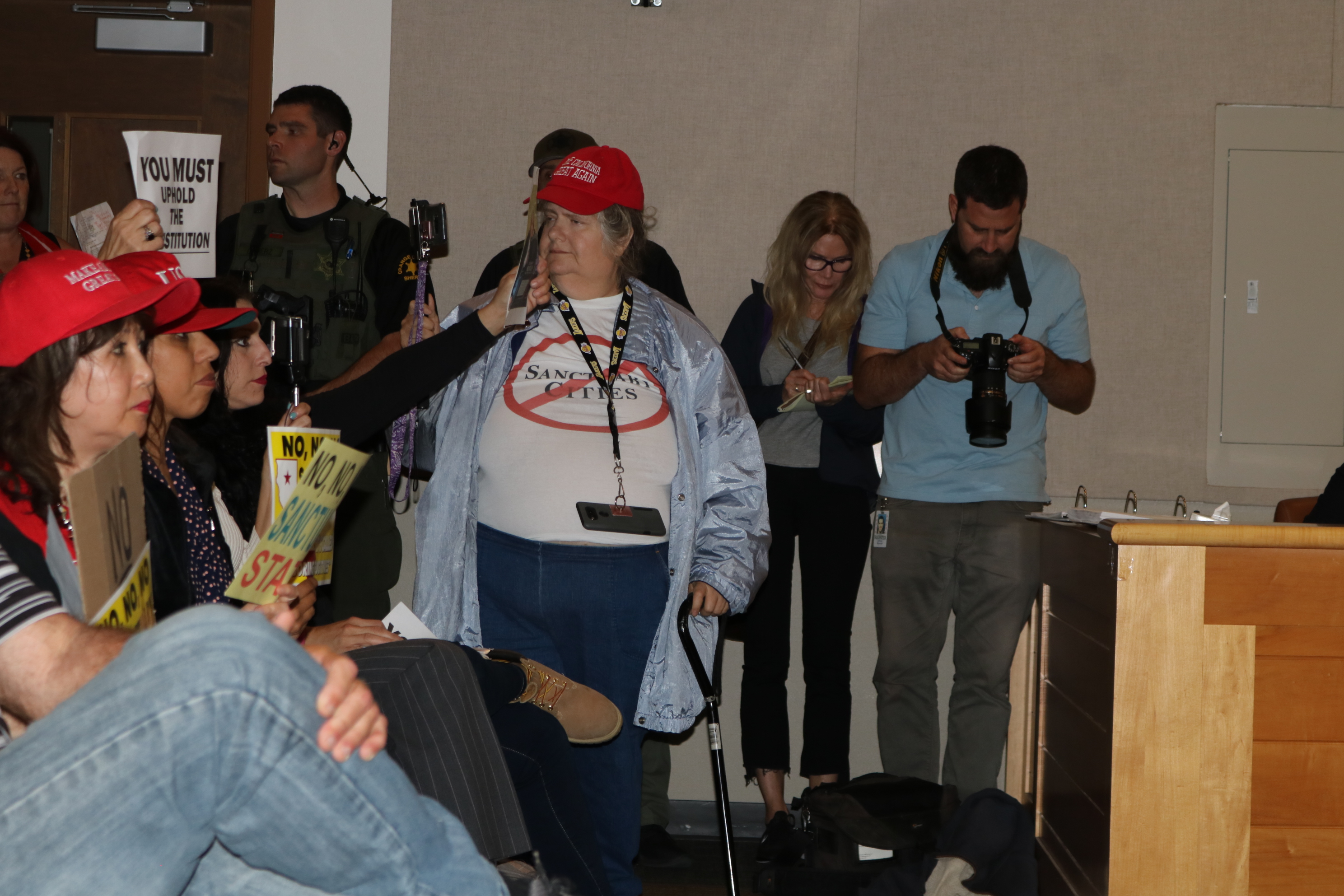 The resolution to support the County of Orange’s decision to reject the effort through state law and instead comply with the federal laws in Dana Point was proposed by Council member John Tomlinson, and passed by a vote of 3-2. Council members Debra and Paul Wyatt opposed the resolution.

SB 54 concerns local law enforcement’s agencies requirement to notify federal immigration authorities when someone who might be the subject of an immigration enforcement action is housed in a jail, or may be released.

A large number of non-Dana Point residents attended the meeting, including members of the Patriot Movement from Arizona.

During the more than two hours of public comments, a variety of speakers expressed support, as well as opposition for SB 54.

During public comment, inappropriate behavior from the crowd led Mayor Richard Viczorek to call for a Council recess. OCSD deputies escorted a man in a “Border Wall Construction Co.” T-shirt after he disrupted several speakers from the back row.

Council member Joe Mueller and Mayor Richard Viczorek supported the resolution opposing SB 54, stating that they didn’t believe Dana Point’s resolution was an immigration issue at all, but instead a legal issue conflicting with their sworn oath to uphold the United States Constitution.

Council member Debra Lewis, who with Paul Wyatt opposed the resolution, shared statistics she claimed she received from Orange County Undersheriff Don Barnes stating that OCSD is actually on pace in 2018 to surpass 600 referrals of illegal immigrant criminals to Immigration Customs Enforcement (ICE). This would be an increase from the 391 inmates turned over to ICE in 2016, the year before SB 54 went into effect.

Although Council member Wyatt described the resolution an “empty” and largely symbolic action, Dana Point resident Wayne Yost expressed that if the public truly wants to change policies such as SB 54, Proposition 47 and Proposition 57, local residents have the ability through voting in upcoming city elections. For more photos and video of this meeting, visit www.danapointtimes.com. –DR