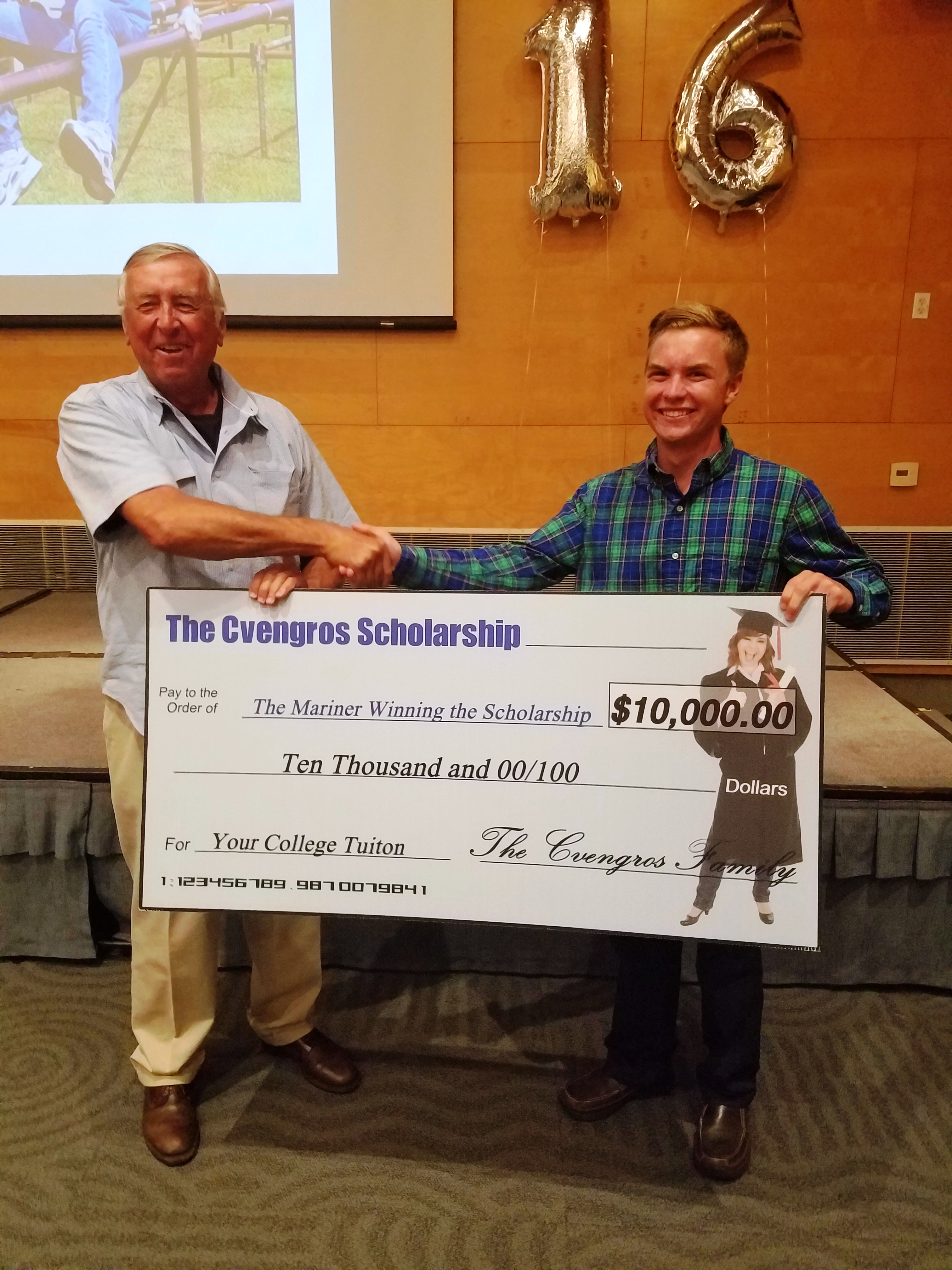 Ryan Clark of Laguna Niguel was this year’s recipient of the Cvengros Scholarship.

The scholarship was named after Christopher Cvengros, a member of the Mariner Sea Scouts in Dana Point. His parents, Bill and Joan Cvengros established a $10,000 college scholarship to benefit those who have shown a love and knowledge for the sea.

The scholarship is awarded annually to a graduating senior member of the Dana Point’s Mariners Sea Scouts and is paid out over four years and requires a demonstration of ongoing commitment to academic performance.

Clark will be attending Cal Maritime University in the fall to study mechanical engineering.