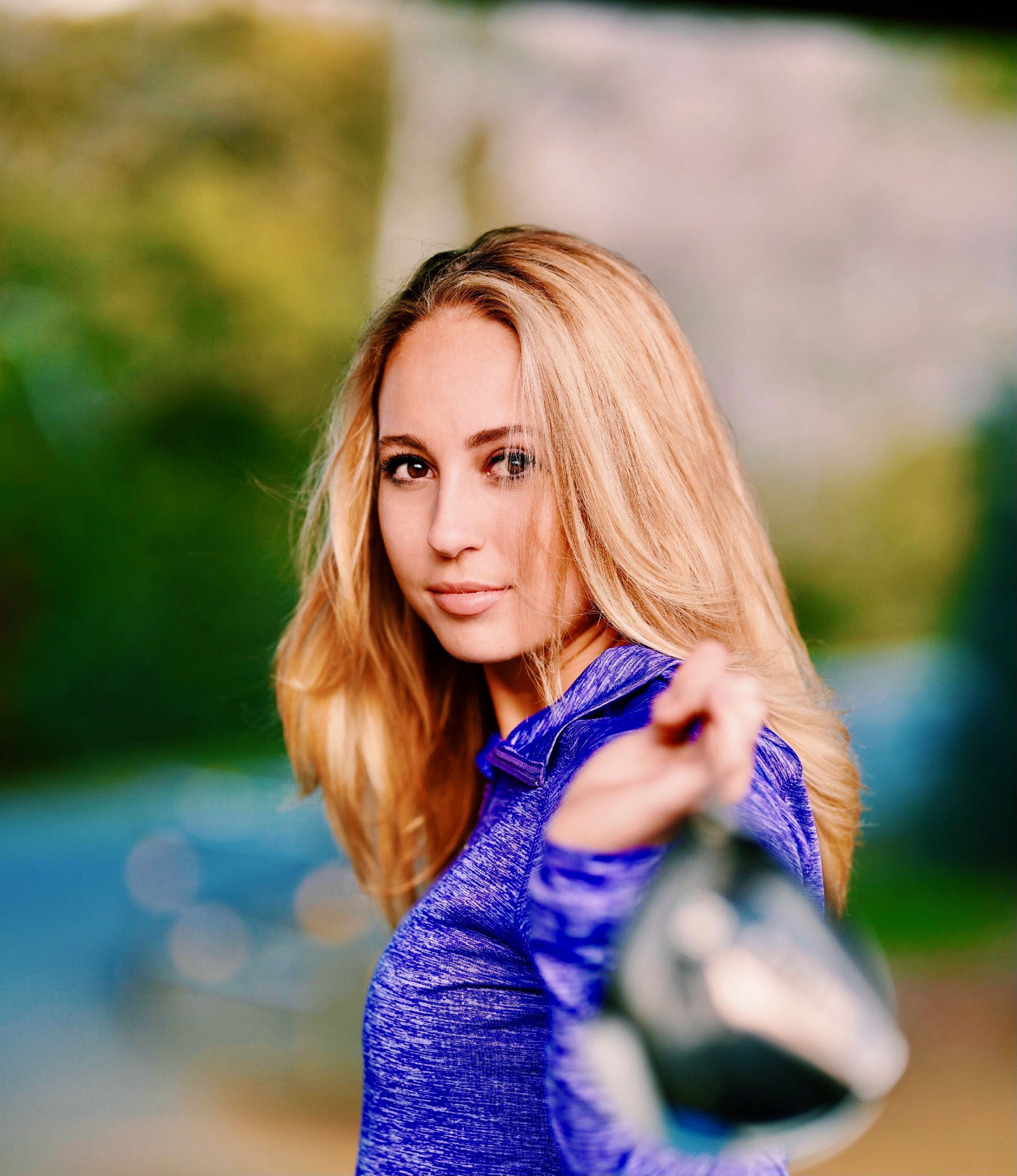 Dana Point Native Tees Off into Her Career

Averee Dovsek, a South Orange County native, has achieved many triumphs at the young age of 22.

A resident of Dana Point, Dovsek attended Dana Hills High School, where she started her initial golf career when she made varsity her freshman year. Eventually, she was named team MVP and earned All-Improved and All-State honors.

Dovsek received a full-ride combination scholarship (academic and athletic) to Hofstra University, where she played Division 1 golf all four years. Dovsek also was the first to attend college in her immediate family and had to navigate the D1 and NCAA process herself.

“Time is so valuable, and if I can get ahead while in college and make it all happen, I’m going to come out of the college at a different level,” said Dovsek, who graduated with two degrees and many years of professional experience under her belt.

Even though Dovsek has been increasingly successful in golf, the sport never caught her eye. Dovsek’s father, Henri Dovsek, was her main influence and motivator to become interested. His vision was beyond what she was able to see at the time.

“I will say I’m a bit of a different breed, like I was from a very young age,” said Dovsek. “I’ve been really driven … in third grade, I was selling dog treats on the side of the road, because it was more lucrative than a lemonade stand.”

During her time at Hofstra, she had the opportunity to start a career in golf journalism, golf media and golf broadcast journalism. Dovsek reported on the PGA Championship held at the Black Course in Bethpage State Park in New York, for CBS Sports during her freshman year.

The following summer, she moved to Orlando, Florida and worked for the NBC Golf Channel, giving her the realization that she wanted to be in front of the camera, not behind it.

Within her continuing years in school, she was approached by On Course, a SiriusXM golf radio show that took interest in Dovsek after she was the youngest to work on the NBC Golf Channel. On Course initially had her on as a guest, but elevated her to co-host and assistance with its social media content.

In 2019, she created and hosted her own podcast, “WHY YOU SUCK AT GOLF!” available on Apple Podcasts, Spotify, and other platforms. Through this podcast, Dovsek interviews golfers, caddies, enthusiasts and more, discussing the overall sport and giving her honest opinion on their game.

“Golf was transitioning into this digital media; it blew up essentially during my time in college. Not one person educated me on how to be a golf journalist,” Dovsek said. “It was tough, because I was essentially guessing and learning from my mistakes.”

Her podcast allowed her to progress through the static and transitional period of the COVID-19 pandemic. Preparation is still very minimal when it comes to hosting her show, she says. Dovsek likes to record without notes to build her speaking and interviewing skills, as well as spontaneity.

After pandemic-related regulations were lifted and Dovsek was allowed to return to New York, she pushed forward in her career and accomplished much more.

“ ‘The 72 in 72’ forced me to grow very quickly, being on camera for nine hours straight,” said Dovsek. “Not only do you have to have a personality, but you have to be decent at golf … it’s pretty exhausting, but I love it more than anything. Being surrounded by Maurice Allen, he’s such a powerful role model for me; he just has such a different outlook on life than anyone I’ve ever been around.”

The concept of the show is to play 72 holes in 72 hours and bring the golfers and audience to beautiful destinations. In their first year, the show traveled to Orlando, San Francisco and Boston. This year, they’ll head to Charleston and Myrtle Beach, S.C.; Atlanta, Chicago and Wisconsin.

Dovsek, her agent, and Allen are currently in the process of creating a larger international and domestic travel series.

“We have noted that Maurice and I have a really good friendship, good chemistry on camera, and we just mesh really well together, and we might as well make it bigger, because I think there’s so much potential to learn from both of us on both sides,” Dovsek said.

Speaking of international ventures, Dovsek has her sights on winning the Pro Long Drive Championship this September in Nakagawa, Tochigi held under the Japan Pro Long Drive Organization.

“I mean, the competition is going to be at another level, it’s going to be super cool, but I thought what better way than competing,” Dovsek said. “I’ve always wanted to do it, and when I saw it was held there, I knew it was going to be fun.”

Among career goals, projects and accomplishments, Dovsek has personal goals. She bought her first house in West Palm Beach, Florida earlier this year.

“It’s been a massive goal; I’ve always wanted to try and own a lot of properties to make passive investments,” she said. “I was doing the math, and I was like, ‘This may be feasible a little earlier than I thought.’ ”

Dovsek caddied for the Trump National in Jupiter, Florida last year, and the income produced from that job, she placed in the deposit for her first house. At the time, Dovsek was working three jobs, still attending university classes and undergoing athletic training.

Dovsek currently works for USA Today doing its media content and other independent appearances and partnerships. She hosts a fitness series, covers everything fashion and fitness, and for USA Today’s GolfWeek, she’s in charge of being the face of most video content.

USA Today gives her creative freedom and most of the content she creates is her own. Dovsek also appears at tournaments producing videos for social media platforms with interview style content and “end of the round” recaps.

“My ultimate goal would be being able to travel internationally and domestically and play for entertainment,” Dovsek said. “If we make the travel series come true, that is definitely a huge goal of mine, because it doesn’t feel like work to me; I’m so myself out there.”

Dovsek’s drive, ambition and work ethic are what got her to where she is today—a young, growing success story.

On Life and Love After 50: A Widower Seeks Clarity

Adoptable Pet of the Week: Remus