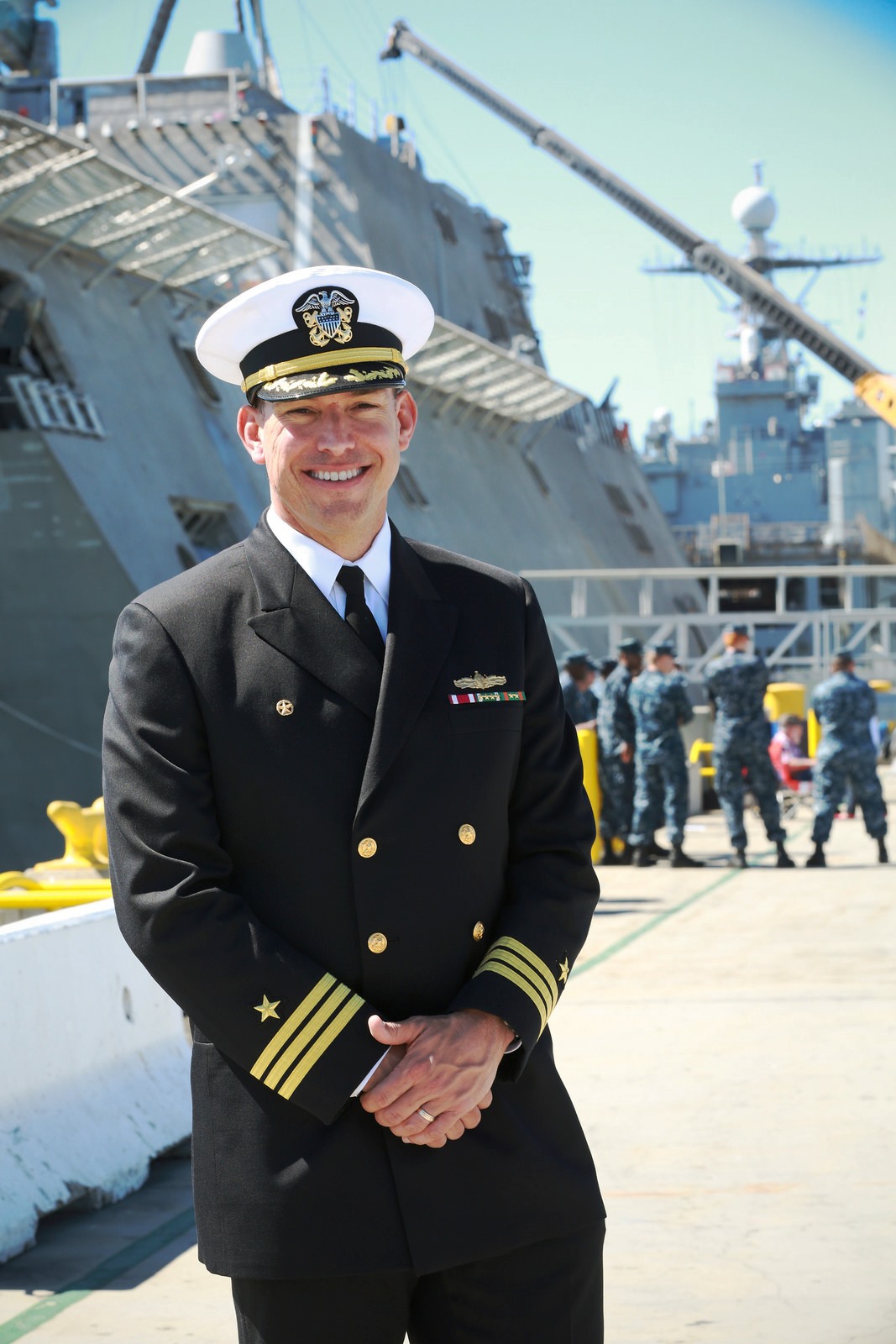 Two months after Dana Point whale watchers, commercial fishers and private boaters, as well as spectators on land, got an up-close view of the U.S. Navy’s latest warship and San Diego welcomed the vessel to its homeport, the Dana Point native who commandeered the ship is moving on to his next post.

Cmdr. John Kochendorfer, a Dana Hills High School graduate, was recently honored in a change of command ceremony aboard the USS Coronado. The 1994 United States Naval Academy graduate now moves to a post at the National Defense University in Washington, D.C.

In March, a day before the USS Coronado was due in San Diego, Kochendorfer and his crew brought the 419-foot, fast maneuvering combat ship to Dana Point’s shoreline.

The Navy vessel—known as a littoral combatship—has a draft of just 14.4 feet and is designed for near-shore combat operations to fight submarine, mine and surface warfare. Draft is measured from the waterline to the ship’s lowest point. An LCS is outfitted with two rotation crews of 40 sailors and can hold up to 35 mission crew members.

The USS Coronado was built in Mobile, Ala. and traveled to Southern California by way of Florida’s Mayport Naval Station, Guantanamo Bay, Cuba; Colombia, Panama and Mexico. It became the Navy’s most recent commissioned ship on April 5 and was dubbed the “Crown of the Fleet.” The vessel is the third U.S. Navy ship to bear the name Coronado—after the San Diego island.