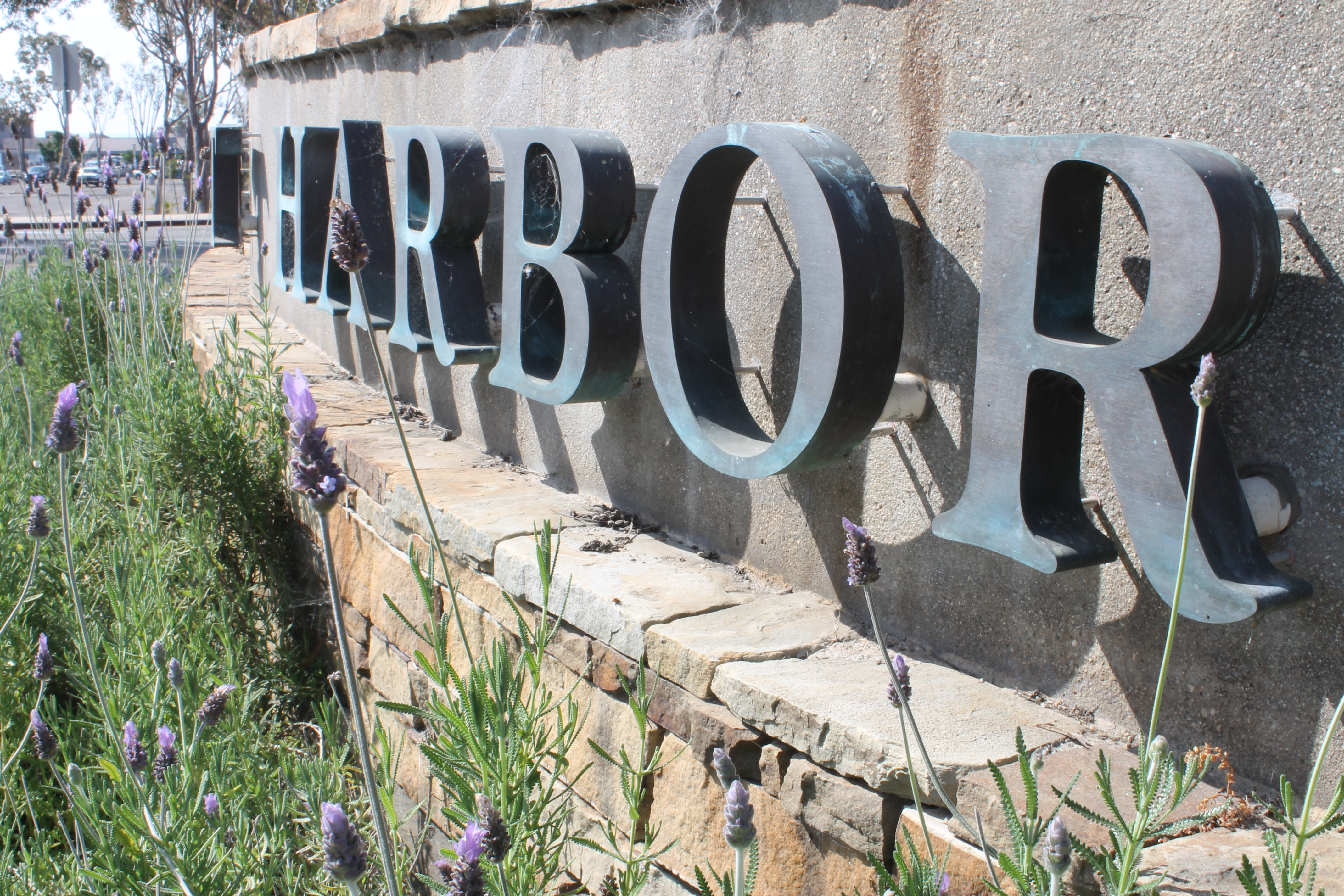 For revamp of harbor, a project 15 years in the making, the next five are slated as crucial

Five is the number, the sweet spot.

“In 1997 it was the five-year project,” said Jim Miller, president of the Dana Point Harbor Association and owner of The Coffee Importers, a harbor-located coffee shop since 1979. “Now we are in 2013, and it’s still five years away.”

Since 1997, when a taskforce was formed by then-Orange County Supervisor Tom Wilson, wheels have been in motion to bring change to Dana Point’s waterfront.

After 15 years and more than 150 public meetings, the first physical signs of change coming to the Orange County-owned site, as part of a $140 million overhaul, were on display for harbor patrons. In February, wooden story-poles were erected demonstrating the scale of new buildings, slated to replace existing harbor structures constructed in the late-1960s.

But the wait for change could soon be over.

“It’s been a long time coming, but the fact that we are getting ready to put the shovel in and churn that first bit of dirt is becoming a reality,” said Orange County Supervisor Pat Bates.

Groundbreaking on the landside redevelopment portion of the project could begin as early as 2014, but that is weighing on the opportunistic side, Bates said.

While the harbor is owned and operated by Orange County, it falls within the seven square miles of the city of Dana Point, and therefore under the city’s jurisdiction. Additionally, since the harbor is a coastal space, it is also subject to rules and regulations set forth by the California Coastal Commission, meaning throughout the process, multiple stakeholders have taken up the project.

One development over the last few years working in the project’s favor, was the Coastal Commission’s 2011 approval of Dana Point’s Local Coastal Program Amendment—giving the city authority to approve individual building permits within the coastal zone.

The county’s plans for land and waterside improvements have varied throughout the years. The current proposal would eliminate 13 commercial buildings from the area known as Mariner’s Village, and calls for the construction of seven new retail and office buildings closer to the harbor’s launch ramp and commercial sportfishing and whale watching facilities.

Buildings along the fleet docks will be renovated and a two-level parking deck is slated—for the area now housing dry boat storage—to accommodate visitor needs. The landside project also includes a 35,000-square-foot waterfront park meant to be utilized as community gathering space.

With much of the landside project approved by the California Coastal Commission, the city of Dana Point’s Planning Commission is expected to review finalized plans later this year.

But for some, this project just doesn’t fit.

Bruce Heyman, president of the Boaters for Dana Point Harbor, one of two boater advocacy groups, fears recreational boating is being impacted to accommodate more retail-oriented businesses. Heyman, along with Rodger Beard, formed the Dana Point Boaters Association in 2006, but Heyman split from the group due to varying beliefs on harbor revitalization.

“We have had, and continue to have, some issues with certain parts of the plan but we’ve been able to successfully resolve past issues by working with the other stakeholders. We believe that we’ll be able to continue to do this in the future,” said Rodger Beard, president of Dana Point Harbor Boaters Association.

“Our agenda is only to provide constructive input regarding boater needs and issues and we don’t believe there exist any ulterior motives on the county’s part to push boaters out,” Beard said.

In December, the Orange County Board of Supervisor’s approved the replacement of some 2,500 slips and the reconstruction of wider docks and waterside amenities—which still requires Coastal Commission approval. Also requiring further approval is the county’s proposed 50,000-square- foot dry storage facility that could house about 400 boats in its multilevel rack system.

Even with the upgrades, Heyman said boaters stood to lose parking, slip and dry storage spaces and said he didn’t want boater resources to be harmed.

“Change is difficult on any project, and what the plan is proposing includes changes in how we approach parking in Dana Point Harbor—currently there just isn’t enough—and how we provide additional opportunities to accommodate dry boat storage,” said Harbor Director Brad Gross.

For the Fifth, Potentially Last Time

Last month, the Orange County Board of Supervisors voted in favor of a five-year extension of the contract between the county and Project Dimensions, Inc.—the Irvine-based project management company charged with overseeing the project.

County records show this change marks the fifth time an amendment to the contract has called for an extension since it was first signed in 2003. The original five-year contract was set at nearly $7 million with an expiration date in 2008. Four amendments later—including fee changes and term extensions—the total before the April vote was $8.5 million.

This fifth contract amendment brings the total to $12.9 million, extending the contract to 2018. Under county approval, billing for PDI was modified from a fixed price of $4.7 million over the next five years, to a time and materials basis of $4.7 million.

Following inquiries from staff of county supervisors Bates and Shawn Nelson, as well as concerns raised in confidential public comments, the county’s Internal Audit Department—in conjunction with the OC Dana Point Harbor and the Auditor Controller’s, Procurement and Budget offices—conducted a three week investigation into the use of a fixed fee rate in contracts with PDI.

Additionally, the audit examined the county’s use of sole source justification in gathering bids for goods. According to county documents, the county will waive competitive bid requirements, if “there is clear and convincing evidence that only one source exists to fulfill county needs.”

At the Board of Supervisors meeting on April 16, Peter Hughes, director of the internal Audit Department, presented findings. Hughes said the county’s wording for sole source criteria was ambiguous and lead to “varying interpretations of the policy itself,” and as such certain aspects of the policy were “not thoroughly responded to.”

During the public comments, Heyman asked why the county had not sought other project managers, and shared concerns over the county’s lack of oversight in PDI’s work.

“Whether a project comes in at $200 million or $400 million, when it’s fully built out, it needs your oversight,” he said.

Hughes addressed some concerns raised and said county management staff was working to clear up criteria for sole source justifications. He said moving forward the county auditors would like more access to PDI documentation of deliverables before payments are made.

According to Hughes, auditors found the records the project management company retained to be satisfactory.

According to county officials, the additional five years will serve to maintain management continuity in the project as the waterside portion moves forward with permits, engineering and design, and also see the landside portion through construction.

While Supervisor John Moorlach questioned why a monthly retainer fee—a set fee paid out to the project management firm—meant to reduce county costs kept rising, the board unanimously approved the extension.

Gross assured the board his small department was utilizing PDI’s two employees, a full-time project manager, paid $190 an hour, and a full-time assistant, paid $78 an hour, to their fullest potential. The two employees of PDI are solely working on the harbor revamp project, he said.

“The extension of the contract for PDI was crucial in terms of continuity,” Bates said. Having a team to “preemptively” assess risks, delays and to “review the project on an ongoing basis is critical to moving along our timeline,” she added.

Harbor officials expect by the 2018 contract expiration date, waterside construction will still be underway, but by that time, county staff could assume the construction management role.

Andrea Swayne contributed to this report.