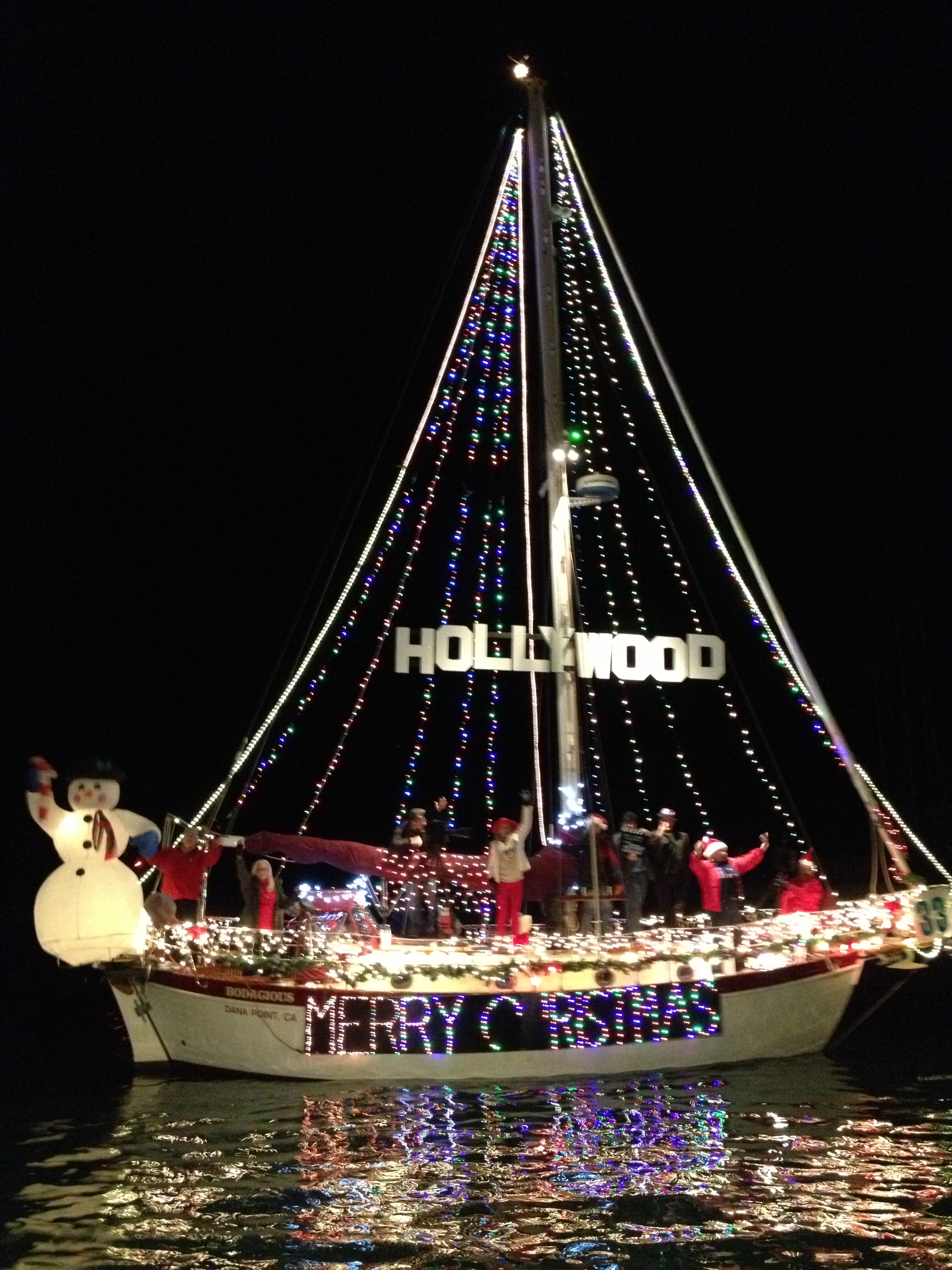 More than 85 boats participated in the 38th annual edition of the Dana Point Harbor Boat Parade of Lights at the Harbor, December 7, 8, 14 and 15.

“We saw Oscar-worthy performances by the amazing Dana Point boating community. There was a sighting of Elvis and Marilyn Monroe, the entire cast and crew of Star Wars, the crazy kids from Animal House, the stars of Disney and a boatload of Happy Feet.  There were live showings of Elf, A Christmas Story and White Christmas on sails aboard the boats themselves,” said Kim Tilly, Harbor public relations and boat parade organizer. “One boat brought their bling on board with Olympians April Ross and Jen Kessy wearing their Olympic silver medals.  It was an amazing night of sights and sounds of the season.”

Prizes were awarded in more than 50 categories. See the list of winners below.

A PowerPoint presentation of the event is available for viewing online at www.danapointharbor.com.

Photos of the boats, by photographer Michael Abinnante, are available for viewing and purchase at www.photoartbymichael.com.

JUDGES CHOICE TROPHY – Must be in all four nights-cumulative points

The Woody Cup – Making the Most of What you Got