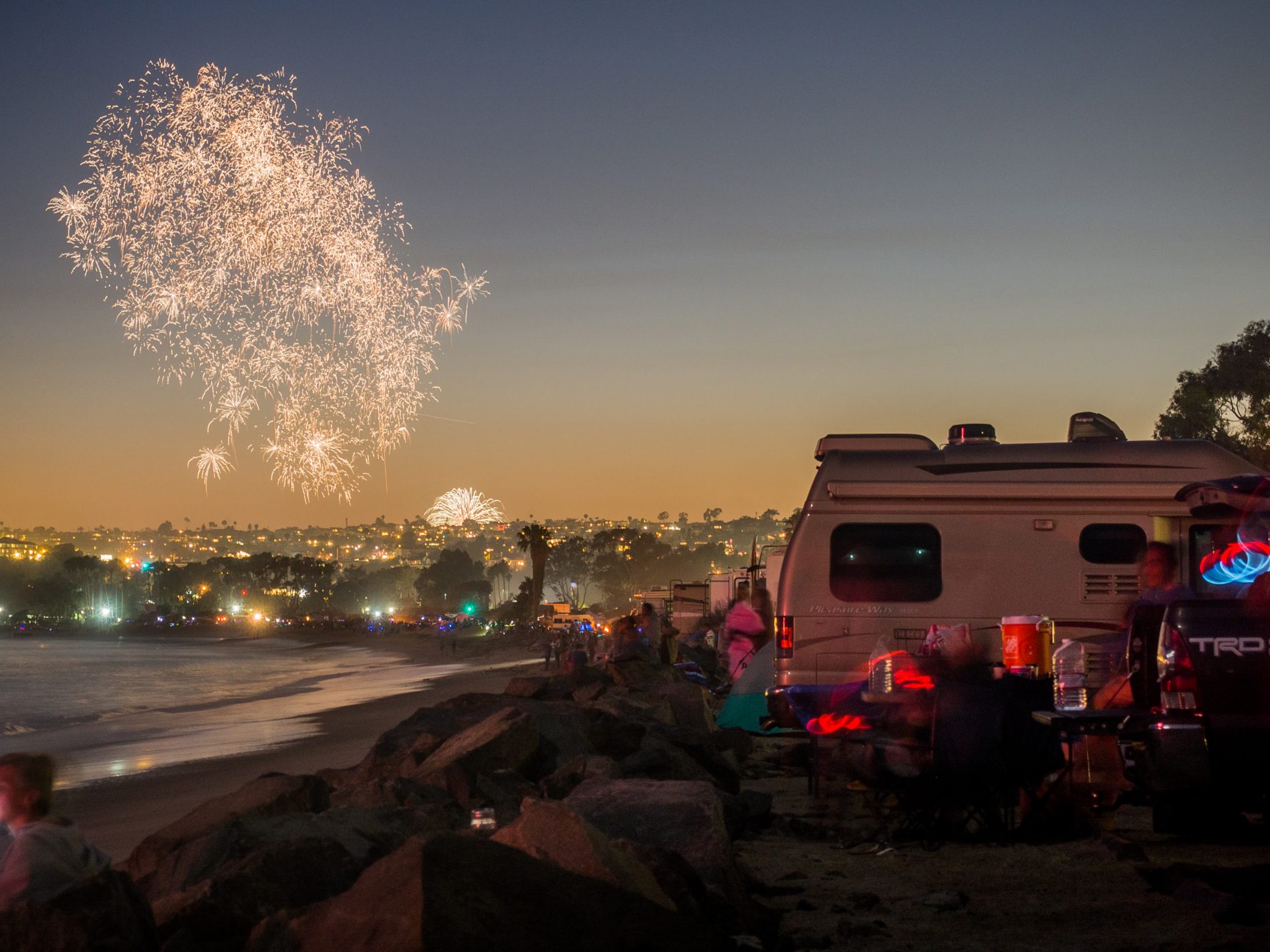 Firework shows, beach days and barbeques may have to be put on the backburner as many California counties will be returning to some closures ahead of the Independence Day weekend.

Gov. Gavin Newsom announced stricter restrictions amid the latest surge of coronavirus cases and hospitalizations on Wednesday, July 1. Dana Point city officials subsequently announced the cancellation of its annual firework show for the Fourth of July.

“We are disappointed to announce the cancelation of the Fourth of July fireworks show this year,” said City Manager Mike Killebrew. “It was a very difficult decision, as the show is one of our community’s favorite traditions. The rise of COVID-19 cases in Orange County and knowing that this popular event relies on ample parking resources that, per Governor Newsom’s order, will not be open at Doheny State Beach, were tipping points for the decision. The city will be working to reschedule the fireworks show when it’s safe to do.”

Effective immediately, certain indoor operations for all counties that have remained on the state’s watch list for three consecutive days will close. Impacted sectors include restaurants, wineries, movie theaters, family entertainment centers, zoos, museums and cardrooms. These businesses can, however, still operate outdoors.

The new restriction applies to 19 counties total, including Orange County, and will remain in place for at least three weeks.

As for beaches, Newsom has not directed any closures but parking lots at state beaches will be closed. Several counties and cities in the state have announced closures, including Laguna Beach. Orange County, as of the posting of this article, has not announced any closures. Newport Beach City Council will meet for a special meeting to discuss potential closures.

“The state of California is not mandating the closure of beaches this weekend, but we are modifying our parking facility operations and closing them to traffic throughout Southern California, as well as parts of Monterey County, Santa Cruz, through the Bay Area and up along the north coast to Sonoma County,” Newsom said.

The announcement serves as a major backtrack in the state’s reopening process which initially began in early May. On June 12, retail stores, dine-in restaurants, bars, churches, hair and nail salons, gyms and other businesses were permitted to reopen again with modifications.

Newsom attributed the latest spread of COVID-19 to private gatherings and urged people to stay socially distanced and wear masks when interacting with other people outside their household. He strongly recommended against people hosting gatherings for the holiday weekend with anyone not living in the immediate household.

Newsom’s direction followed Orange County’s announcement ordering the close of bars, breweries and pubs, which came a day after OC Board Supervisor and Chairperson Michelle Steel delivered a stark warning that bars countywide could be closing due to the latest outbreak, which has brought a record number of cases in Orange County.

On Tuesday, June 30, the county reported its largest single-day hike to date as 779 new positive cases of COVID-19 were added to the county’s cumulative total, marking the fifth time in a two-week period that the county has broken its previous record of cases.

According to the announcement from the Orange County Health Care Agency, all bars, pubs, breweries, and brewpubs—establishments that don’t offer sit-down, dine-in meals—in Orange County were ordered to close effective Thursday, July 2.

There are some exemptions to the new order, as bars and breweries that work with food service vendors can continue to operate so long as the vendor adheres to the state’s guidance and the “establishment sells alcohol only in the same transaction as a meal.”

On Tuesday, San Clemente surpassed a new milestone with 104 total cases—19 more than the week prior—with Dana Point adding 13 cases over the one-week period (from 41 to 54) and San Juan Capistrano’s case count increasing from 77 to 85.