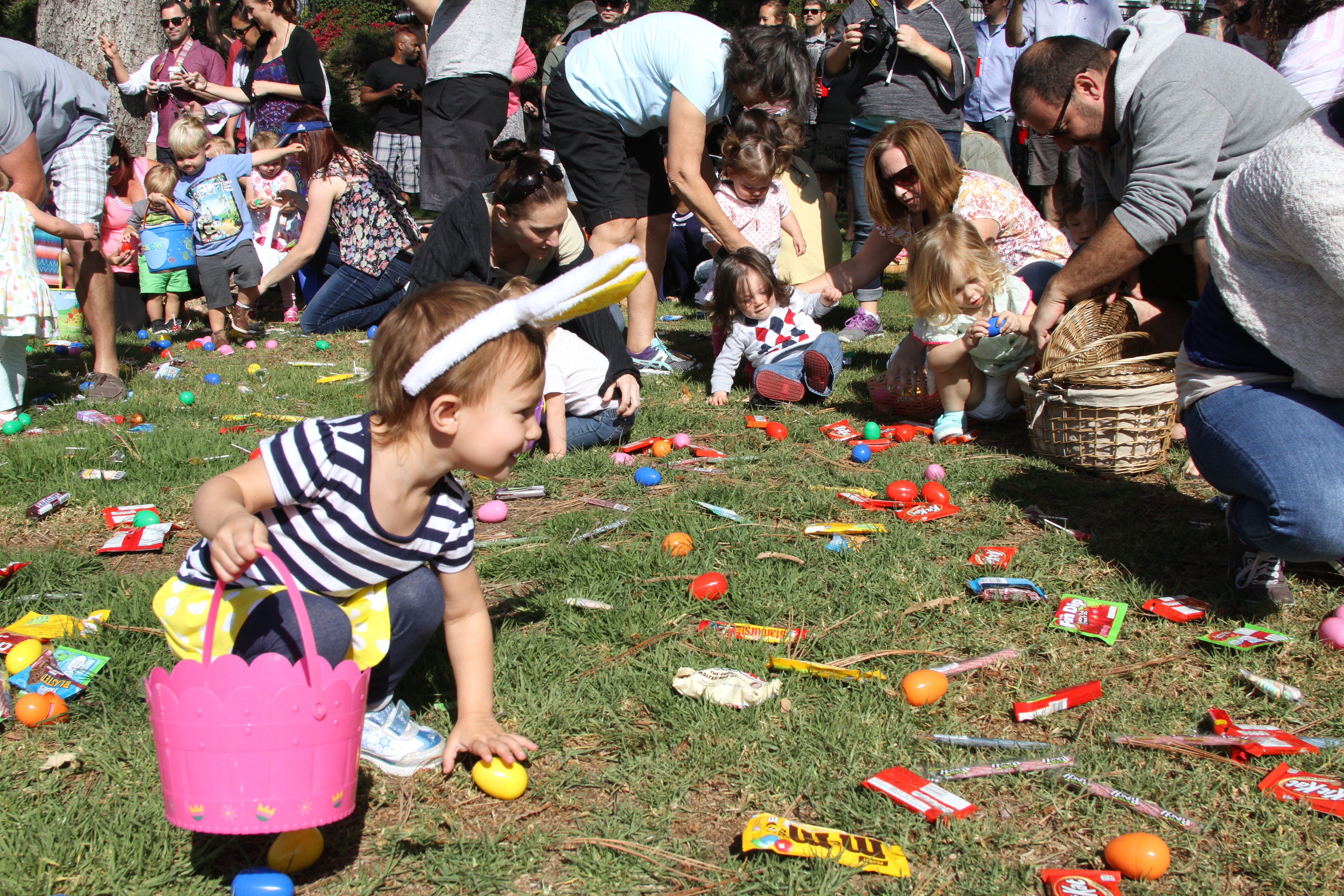 The events, run simultaneously, offered a variety of games, a petting zoo, puppet shows and a visit from the Easter bunny.

At Pines Park, the recent re-seeding of the grass in the main area of the park meant that the egg hunts had to be held in the smaller, lower park area near the playground. With the smaller venue, a few of the activities—petting zoo and marionette show—had to be cut. The Pines Park event was well-attended despite, according to Kevin Evans, director of Community Services & Parks.

“We made the decision to keep the public off the new grass until the lawn has a chance to take hold and become firmly established,” Evans said. “Even so, the turnout was great. Mayor John Tomlinson and his family were among the Pines Park attendees.”

Across town at Sea Canyon Park, the event included the customary puppet show theater and petting zoo as well as the Monarch Beach Sunrise Rotary Club’s annual pancake breakfast. The breakfast, held in conjunction with the egg hunt event is a fundraiser to benefit the local charities the Rotary Club supports. The breakfast was organized by the club’s Community Service Chairwoman Anita Houston and the pancakes were made from Stacks Pancake House batter.

Among the volunteers—which included Rotarians and students from the Dana Hills High School Interact Club—was past president Alan Wickstrom, who reported the funds raised were right at $950.