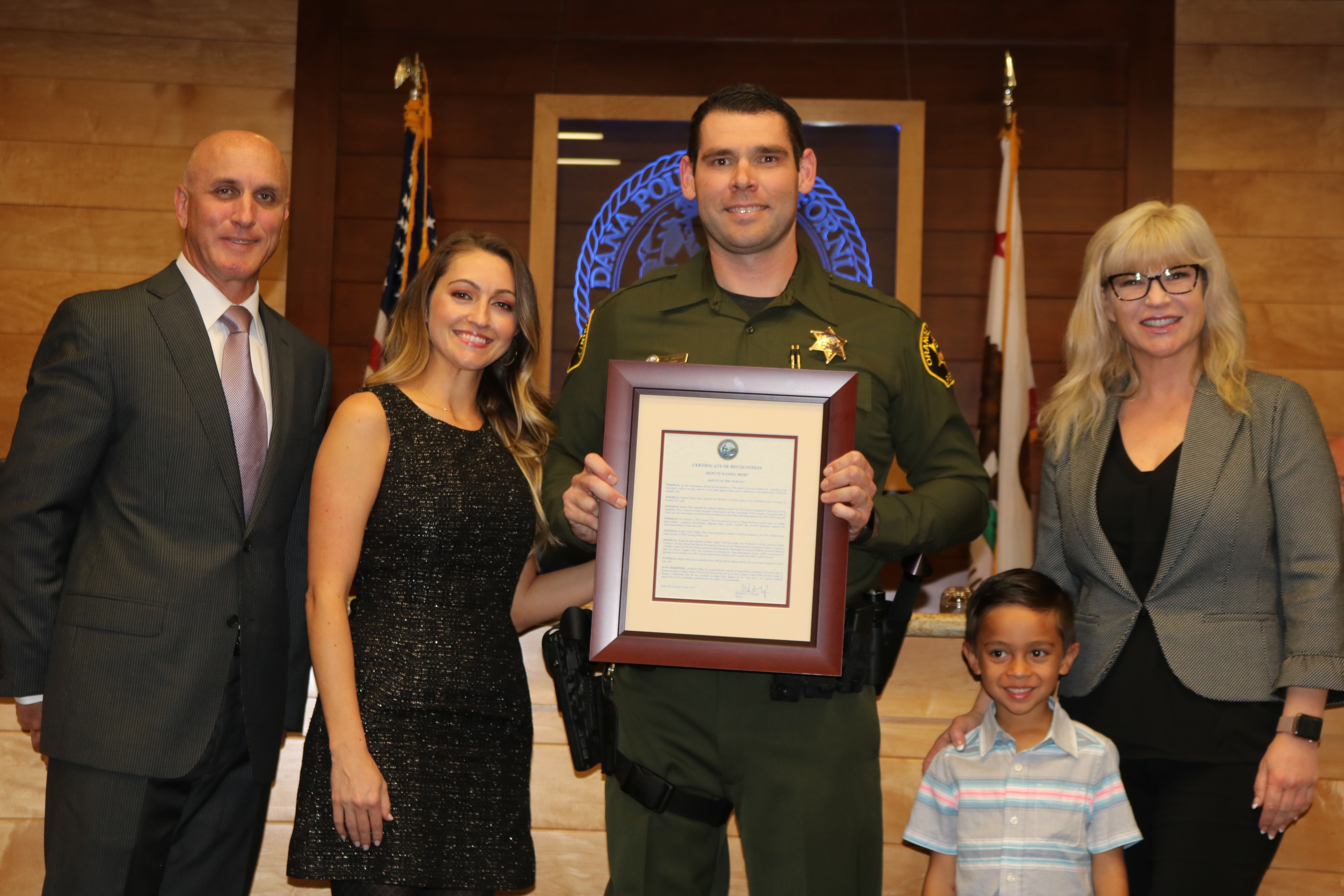 Merz, originally from San Rafael, started with the Orange County Sheriff’s Department in 2012. He spent time working in a Driving Under the Influence Task Force before working in narcotics detail for almost two years.

Merz recently became the newest member of the Community Services Unit. He was recently recognized for his heroic efforts to save a woman attempting to commit suicide from a pier in the Dana Point Harbor. The woman, who had handcuffed herself and attached herself to concrete blocks, jumped off the pier. On scene, Merz jumped in the 59-degree water attempting to bring the woman to the surface. Unable to bring her to the surface himself, Merz and backup brought the woman to shore where she was able to be kept alive long enough to be put on a ventilator. Although the woman was unable to be saved, Merz’s efforts enabled her organs to be salvaged and donated.