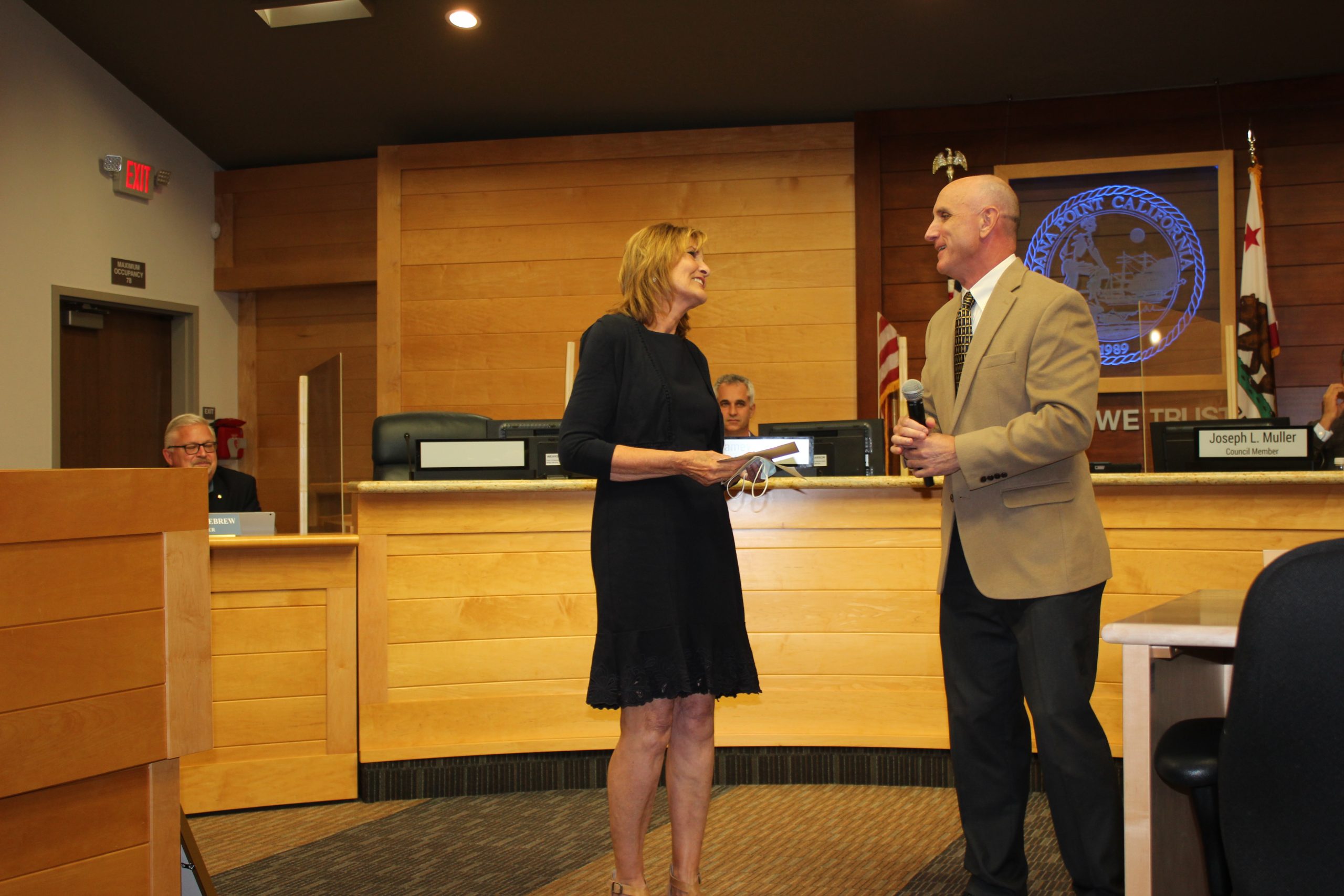 Jackie Littler, the outgoing executive assistant for the City of Dana Point, was honored for her commitment to the community during a city council meeting on Tuesday, Nov. 17.

Littler is retiring after working for the city since 2004, and has gradually risen through the ranks during her years of service. City officials and community dignitaries spoke of Littler’s professionalism, friendly demeanor, and how she knows everyone and everything.

“I’d like to thank all of you so much,” Littler said. “I’m really going to miss you, and I want to thank my family. And last but not least, I want to thank the mayor and all the city council members here for all your support.”

Mayor Richard Viczorek congratulated and thanked Littler for her years of work with the city, saying she helped him and other councilmembers.

“From our perspective, this is a sad day,” Viczorek said. “For those of you who have worked in organizations like this, you probably know someone like Jackie or someone who has the position of the executive assistant. That’s the person that holds the entire organizations together. She is the glue.”

“Jackie Littler greatly assisted the city manager and numerous city councilmembers with day-to-day activities and her unwavering commitment to the welfare of her beloved city, and has been instrumental in its ability to thrive and continually meet the needs of its residents,” Burroughs said. “During her tenure with the City of Dana Point, Jackie Littler has been more than a colleague. She has been a source of inspiration and guidance, and a calming force during periods of extraordinary times and pressure.”

“I especially thank you for your support in our VFW post, our veterans, and our community in general,” Yost said. “We worked hand in hand on many projects together. At many events, you always had a smile on your face. Your service to the city will be truly missed.”