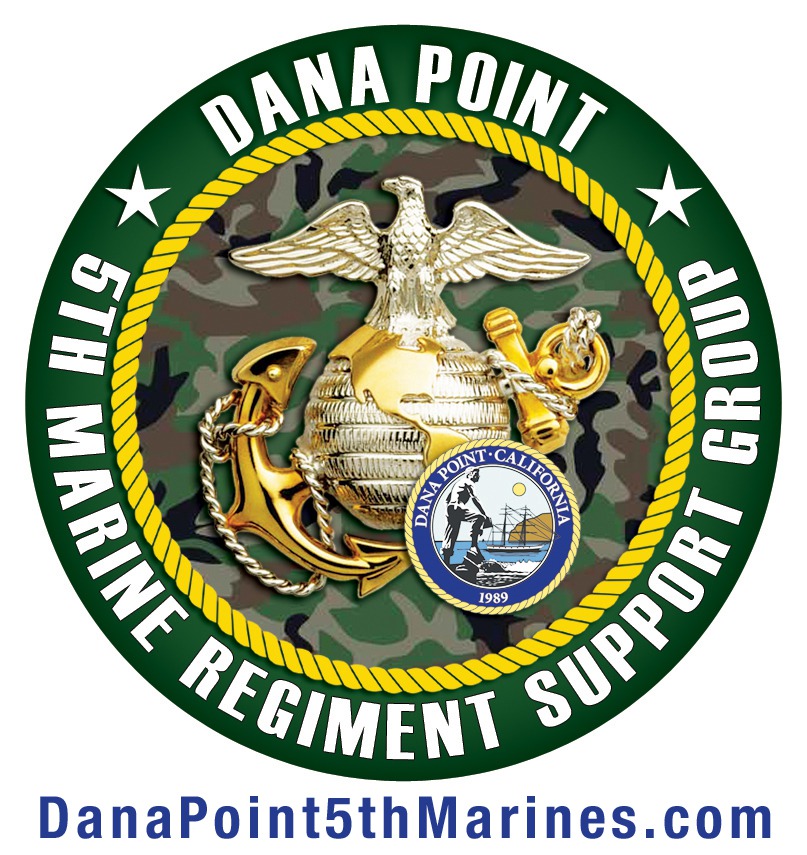 The Dana Point 5th Marine Regiment Support Group is celebrating providing what they call the “Gold Standard” of support for the Marines and Sailors of the Fighting Fifth, Wounded Warriors of Battalion West, Camp Pendleton and their families since 2008.

Recently, at Bella Collina Golf Club the 10th Anniversary Gold Standard Celebration of the Dana Point 5th Marine Regiment Support Group (DPSG) was attended by over 100 people who had contributed in some way to the group’s success since its inception in 2008.

A highlight of the evening was a toast from Colonel A.J. Munro, presently the Bravo Commander for the Fifth Marine Regiment, who was joined by Colonel Willy Buhl, USMC, (Ret) and Colonel Stewart Navarre, USMC, (Ret). Colonel Munro cut the ceremonial anniversary cake with a sword, with the first pieces of cake going to the most senior Marine present and the youngest Marine present as is the tradition of the Marine Corps birthday celebration.

Reminiscing continued with comments from founding President Pete Hammer, Captain (USMC-Ret), Colonel Willy Buhl (USMC-Ret), and former Dana Point City Manager Doug Chotkevys. Terry Rifkin, who serves as President of the Board of Directors, was surprised with an award presented to her by the current Board of Directors for “always leading from the front” and being the “heart and soul of the organization.”

The term “Gold Standard” was coined early on by Lt. Gen. Larry Nicholson. He used the term in describing how DPSG, with the support of the people of Dana Point, set a very high standard for the care shown to the warriors of the Fighting Fifth, saying it was far beyond anything he’d ever seen at any other Marine Corps base.  DPSG continues to be motivated to continue maintaining that “Gold Standard” of excellence. To learn more about this patriotic organization, visit http://www.danapoint5thmarines.com/