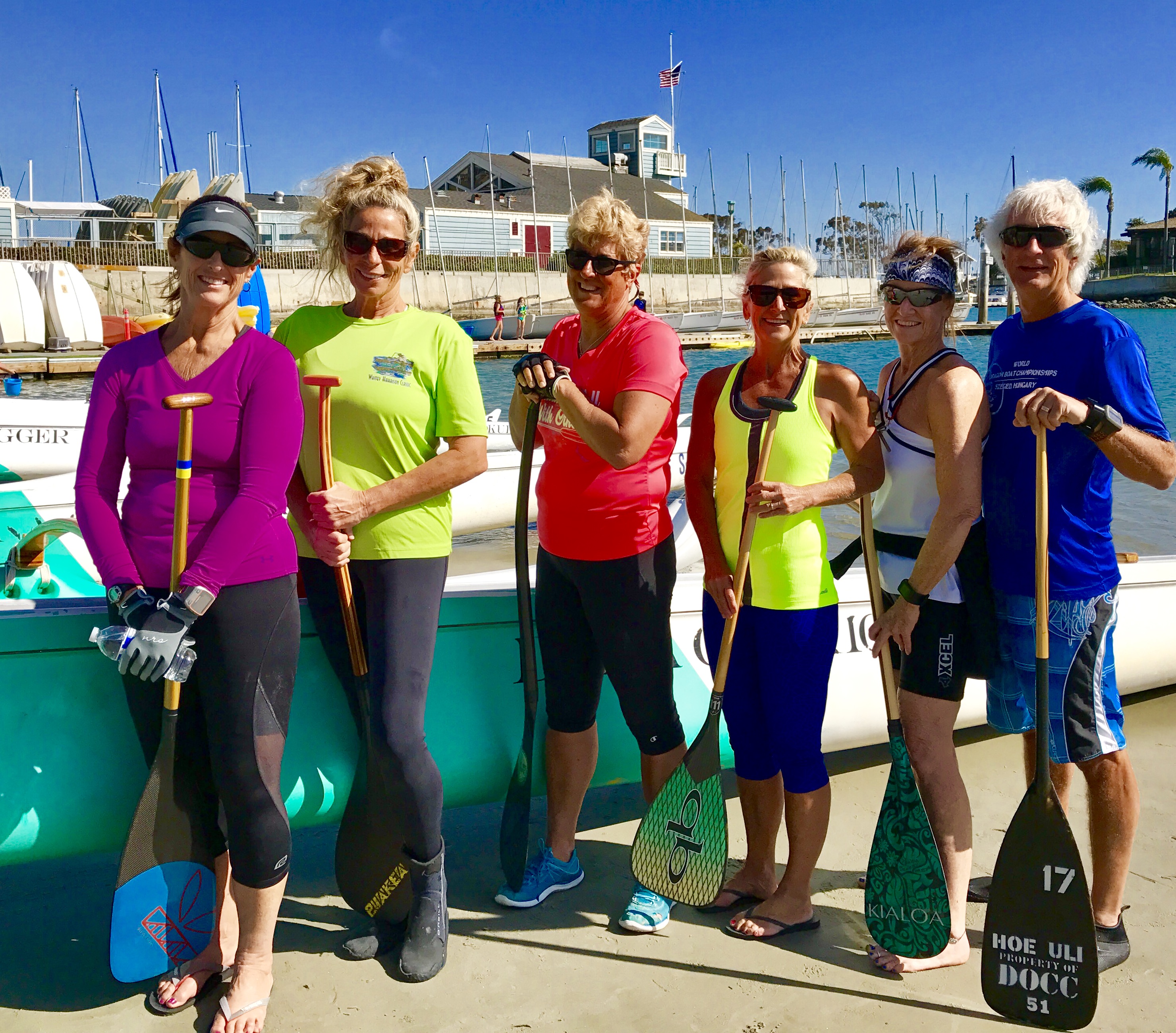 A small crew of six Dana Outrigger Canoe Club members are travelling to the other side of the world next week to compete in the 2017 World Master Games.

The World Master Games, which will be held in Auckland, New Zealand, is billed as the world’s largest multi-sport event and is held every four years in different locales. All competitors in the games are over the age of 40.

The Dana Outrigger crew is competing in the canoe racing’s sprint and marathon 55+ divisions, and will be racing against top teams from Russia, French Polynesia, Tahiti and the Cook Islands. The team’s sprint qualifying heats are scheduled for April 23, and the marathon race, which is a 30-kilometer open ocean paddle, is set for April 24.

Dana Outrigger team captain Jody Kummer explained how her team’s practice times in the sprint are trending in the right direction, and a chance at a podium finish could be in the cards. But the sprint is one of the more unpredictable race styles in outrigger paddling, as most sprints are decided by hundredths of a second.

The team will arrive in Auckland in time to walk in the World Master Games Opening Ceremonies with the United States contingency.