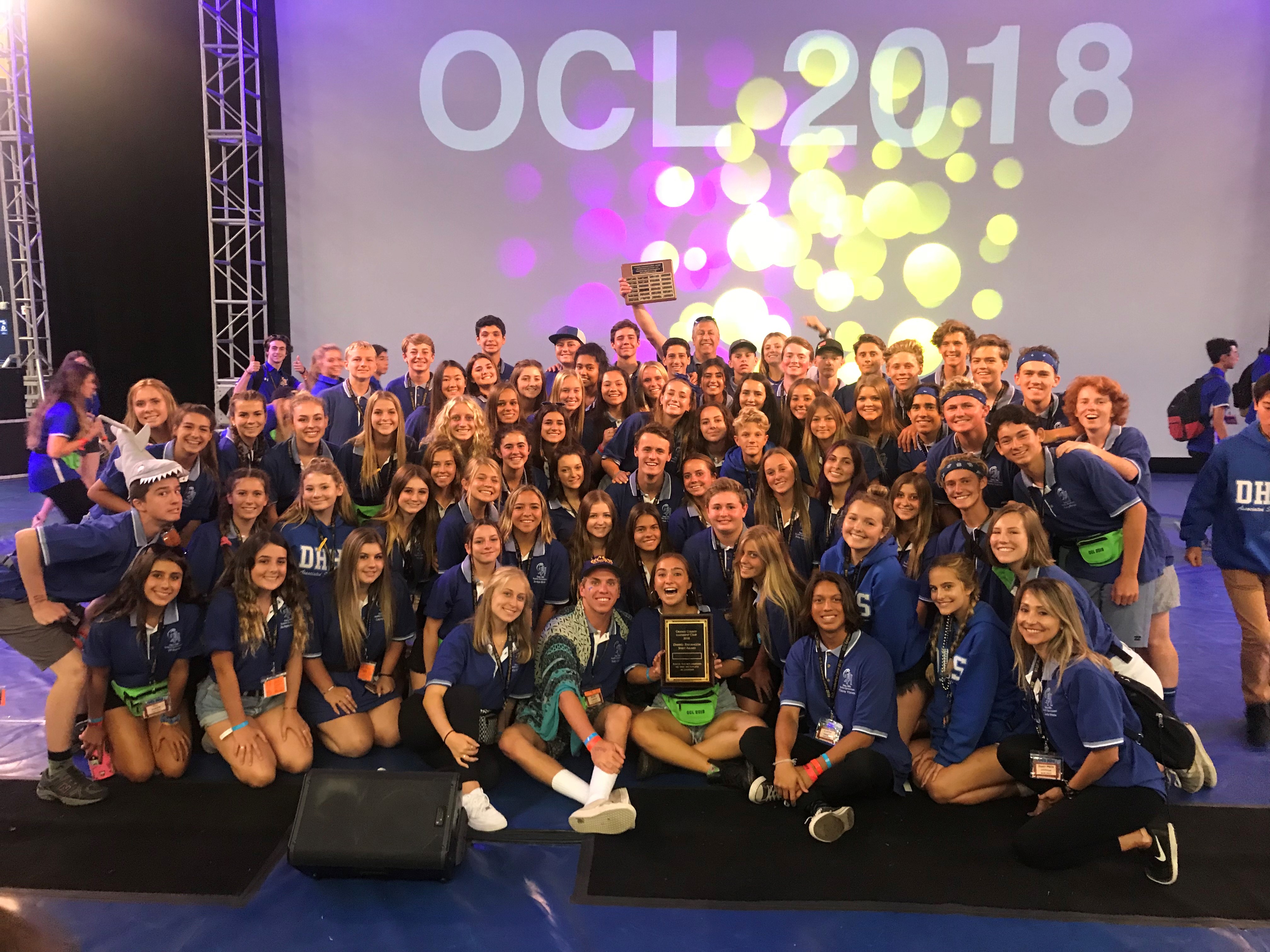 On Aug. 8, for the first time ever, the Dana Hills High School (DHHS) Associated Student Body (ASB) won the Darrell Stillwagon Spirit Award at the Orange County Leadership Camp at the University of California-Santa Barbara. This camp is open to all Orange County public high schools and was initiated more than 45 years ago as a gathering of young student leaders. It is the largest ASB leadership camp of its kind in the United States.

The Stillwagon Award is chosen by the camps directors and counselors, all recent alumni of previous camps.

Ken Neddler is a co-activities director and administrator at Dana Hills High School, as well as a previous president of the Orange County Leadership Association.

“This award has been a goal that Dana Hills ASB’s has been trying to reach for 45 years and to finally accomplish it is unbelievable,” DHHS ASB president Gianna Marietti said. “This award took a strong and spirited group effort to win and I am so excited and honored to continue these levels of leadership and spirit into the school year as well. The moment we were announced as winners was a moment I will never forget and cherish forever.”

Neddler explained that one of the most difficult parts of winning such an award is maintaining attachment to its ideals.

“During the camp, my main message to the students was to not do anything special but to just be kind’,” Neddler explained. More information on the DHHS ASB can be seen on www.dhhsschoolloop.com.