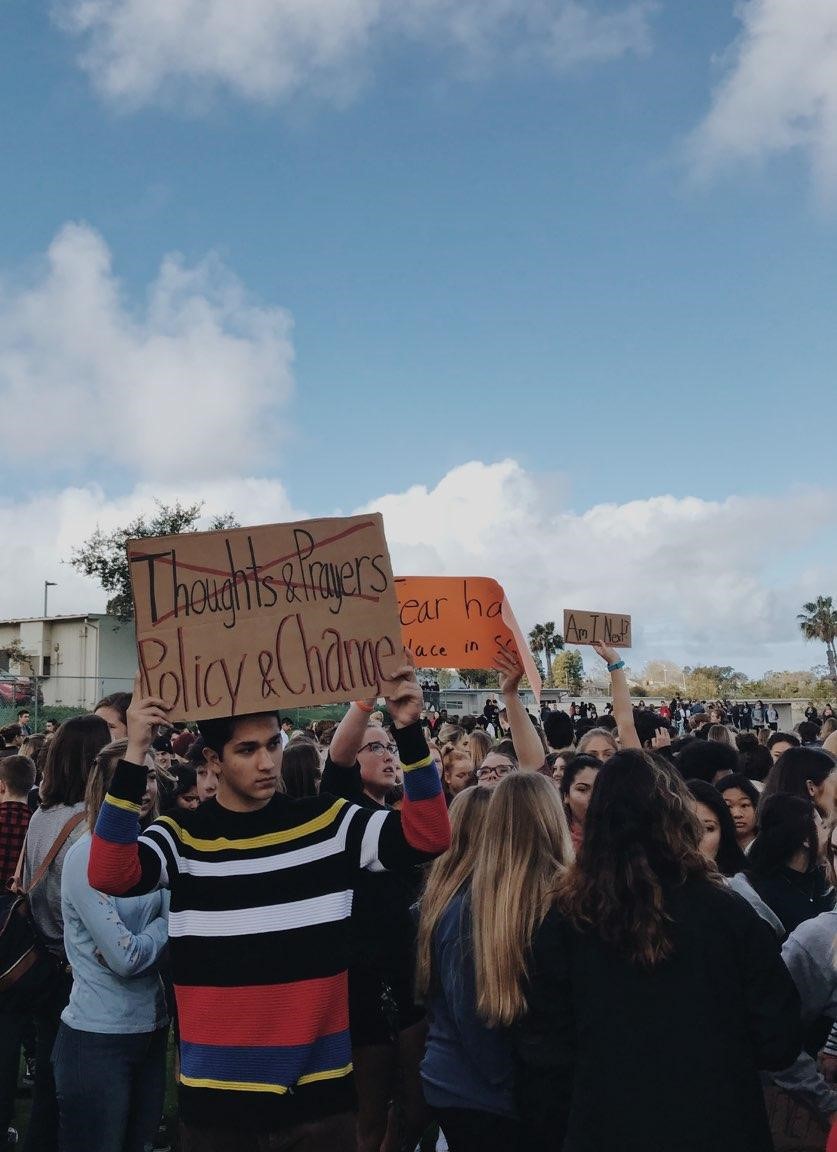 Parents gathered outside the walkout in support of DHHS students. Photo: Courtesy

Hundreds of Dana Hills High School (DHHS) students took part in a nationwide school walkout for gun violence and safety awareness on March 14. Participating students marched to the exterior of the school’s campus for 17 minutes, in honor of the 17 victims of the recent school shooting in Parkland, Florida.

Large numbers of students held signs stating their desire to feel more supported by legislature changes in order to feel more secure in their school.

Olivia Drury, a DHHS junior and one of the organizers of the event, said that the event was meant to be as bi-partisan and non-political as possible. There were students who took more organized approaches, flying large “Trump” flags and the Gadsden flag’s famous phrase, “Don’t Tread on Me.”

“We’re concentrating on safety, and honoring the victims of the Parkland shooting. No-one wants to see that again,” Drury said after the event.

Parents were also present during the walkout, outside school grounds, showing their support for the students.

Drury, who orchestrated a www.gofundme.com, will be using the funds raised for postage to send off letters to local, state and federal officials in order to create awareness and policy change for safety in schools. For a full gallery of this event, visit www.danapointtimes.com.