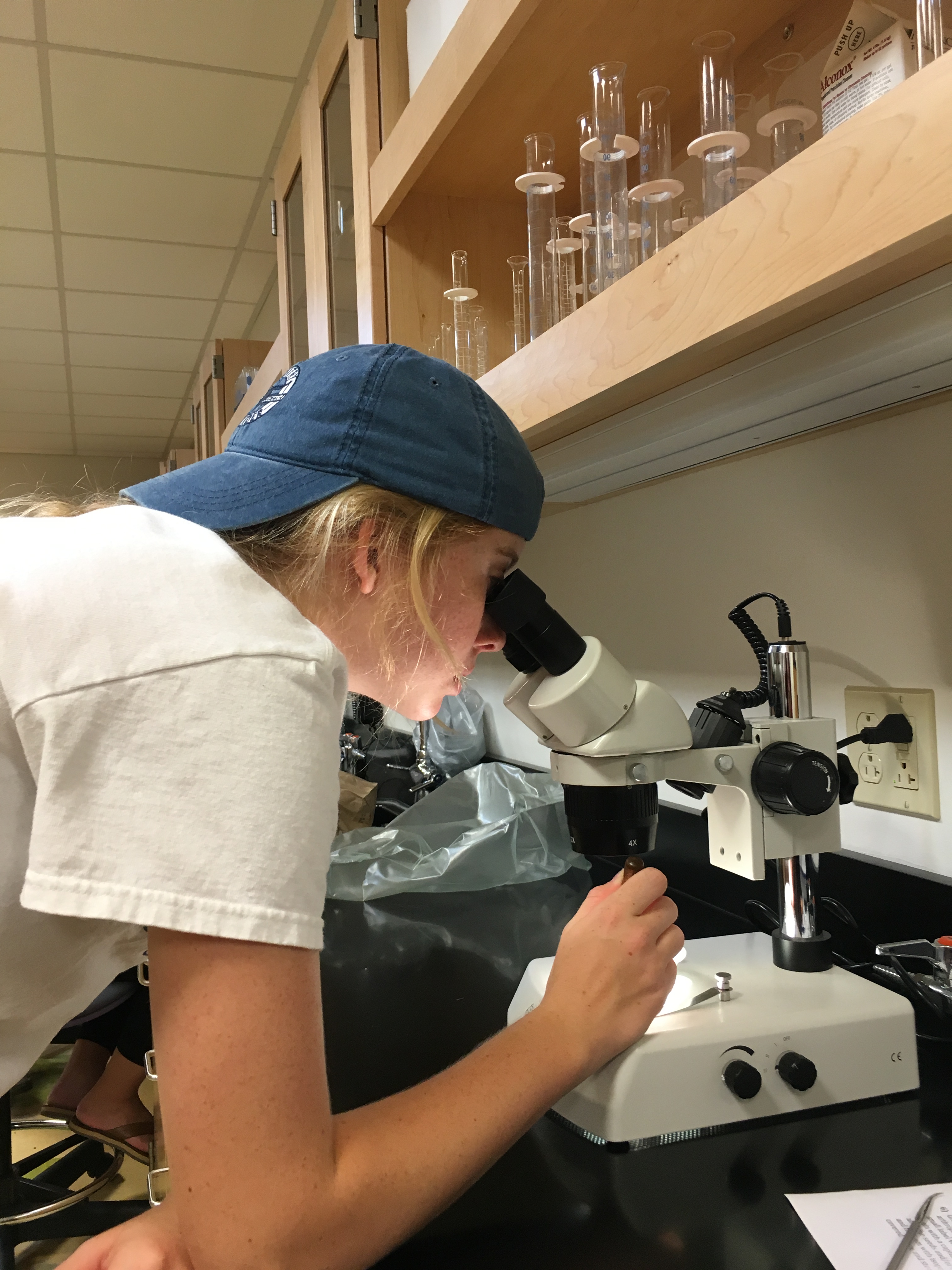 Recently, a group of local students in AP Environmental Science were able to join an expedition to Maine to see how climate change is affecting the coast and particularly how it’s affecting the birds. One of those students, Payton Saso is a Dana Hills High School student, wrote about her experience for the Dana Point Times.

On July 16, we took a red-eye to Boston before sleepily riding on a bus for five hours to Acadia National Park.

Not only were we all amazed by the towering trees that were a deep green, but we were welcomed to Maine with a light rain that made us all stand in the street and stare at the sky in awe. We all then realized we were a long ways from our beachy homes in Southern California.

On that first day, we got to be tourists. We were able to adventure around Bar Harbor and enjoy a whale watching tour along the isles. That night, however, we made our way to the Schoodic Institute at Acadia National Park, which is about two hours south of Canada, to unpack and get ready for the week.

The next morning the 10 of us made our way to the dining commons dressed in hiking pants and hiking boots that we had all just put on for the first time that morning. After breakfast we met with a scientist named Richard, with whom we would be working with for the week. While talking with Richard, we learned that, like many coastal communities, Maine was a crucial migratory path for birds.

As the birds fly from Canada to places as far as Florida and some even to South America, they depend on the fruit to provide food and the trees to provide shelter. As more carbon is released into the air and our climate becomes warmer, the fruit in regions begins to bloom earlier. By the time the birds migrate and make it to the coast of Maine much of their food source has either died or stopped blooming.

Scientists have tracked these birds and concluded that many species have stopped coming into the forests and just continue over the water because they know they will not find food there. This causes a risk for birds if they quit their usual stops and take their flight paths straight over the ocean.

This is where our research came in, we started with the root of the problem; the fruit. It is important to monitor the change in fruit over the years and how they correspond with the average climate. As the first group to ever employ this particular research, we saw the importance of our setup. Richard led us out off of the Sundew Trail to find cleared paths called net lanes. Once on the net lane, teams of three took off into the forest to set up subplots. Each subplot was a certain distance off of the net lane. These subplots were measured and marked. Though the work of setting up hundreds of these was tedious, the accuracy was important. These subplots are used to be able to count the amount of fruit that would bloom in that quadrant.

By having hundreds of random square footage to monitor, scientists will be able to come back to the same spots and monitor at what seasons certain fruits were blooming throughout all of the seasons.

We set up a research that could continue on for decades that will help scientists monitor the fruit that affects the migratory patterns of birds. Even though this research was in Maine, our own California coast is affected by the same changes. It’s important to be aware of the impact our life choices can have on even the smallest berry.

This trip gave me an experience that not many kids get to have. I was able to be in the field and apply what I’ve learned all year to a real life issue.

My favorite part of the trip was not so much the science aspect, but the unique friendships I got to build. There were six of us girls that grew close and we were able to enjoy beautiful sunsets, and an amazing full moon.

Payton Saso is going to be a senior at Dana Hills High School.