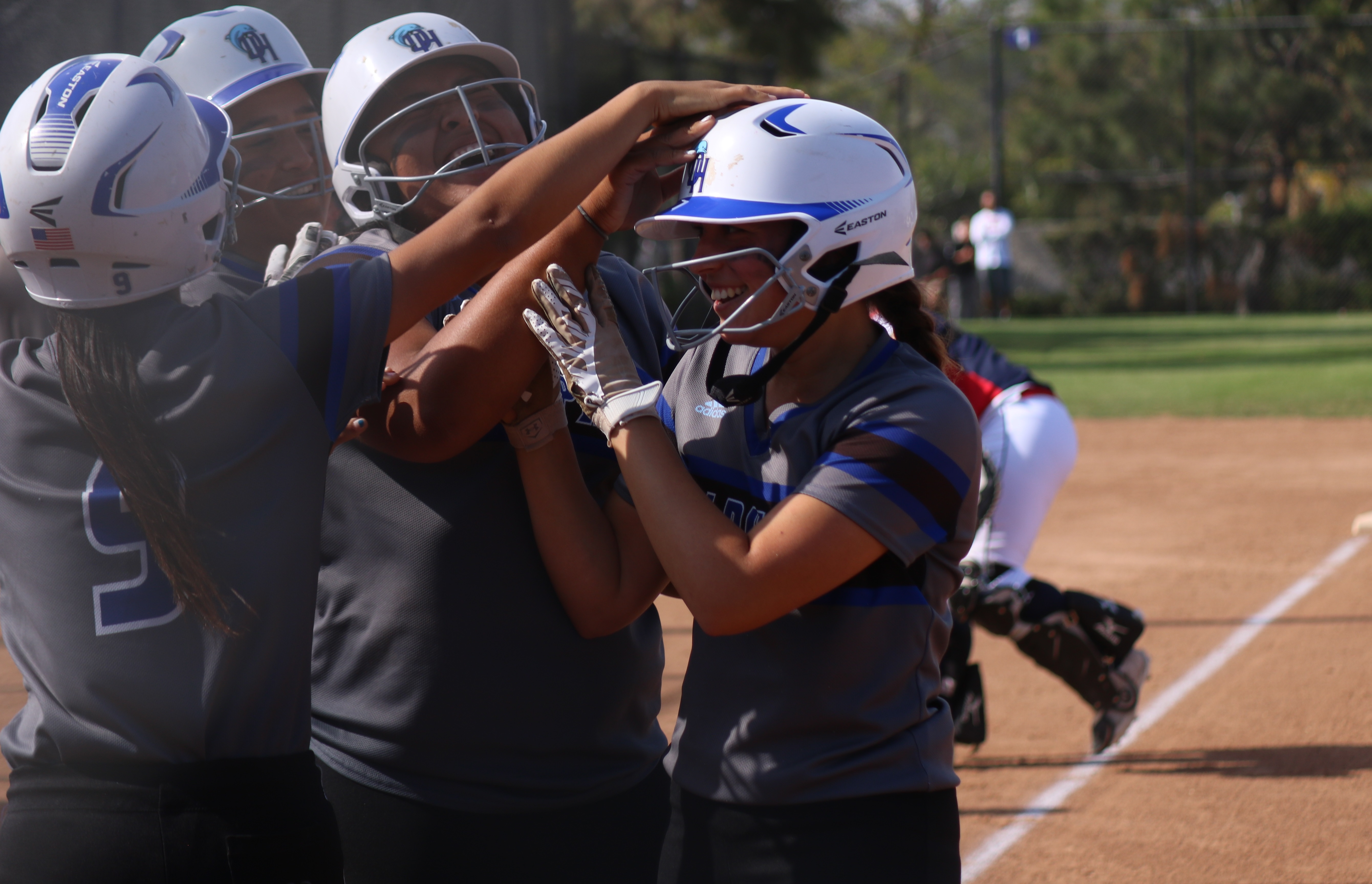 DANA POINT – It took about 35 minutes for the Dana Hills softball team to get its offense going, and once it did, the Dolphins almost immediately ended the game.

Dana Hills scored nine runs in the bottom of the fourth inning, and Terra Goetz closed out her second straight no-hitter in the top of the fifth inning to defeat Tesoro by run rule, 10-0, in the CIF-SS Division 2 first round on Thursday, May 2 at Dana Hills High School.

“I think the most surprising thing for us is it took so long to get the bats going,” Dana Hills coach Brandon Cosenza said. “That one inning, that’s what this team brings every game. Once they got on, the floodgates opened, and it became contagious.”

The South Coast League champion Dolphins face the La Habra-La Mirada winner on Tuesday, May 7 in the second round. Dana Hills will host La Mirada or travel to La Habra.

Dana Hills scored on an RBI groundout in the third inning for the 1-0 lead, then blew up and put the game away in the fourth inning.

The Dolphins batted around in the bottom of the fourth inning as eight different players scored and five players collected an RBI.

Chole DePierro as the first run of the inning when she came around on a two-run double by Margo Hopper, and DePierro scored the last run as she cleared the bases with an inside-the-park grand slam.

While the bats took a few times up to get going, the senior starter Goetz put together another strong outing. It wasn’t a clean no-hitter, but Goetz still kept Tesoro off the board in five innings with three strikeouts, three walks and a hit batter.

“It wasn’t even her best day, and she’ll tell you that too,” Cosenza said. “Throwing two no-hitters in a row, though, that’s an eye-opener.”

The first round was a surprising draw for the Dolphins. Tesoro was co-champion in the Sea View League with San Clemente and played Dana Hills tight in their earlier meeting, a 2-1 Dolphins win on March 15.

“We knew we’d face a somewhat local team,” Cosenza said, “but right down the street like that, we didn’t think it would be Tesoro. They’re a good team.”