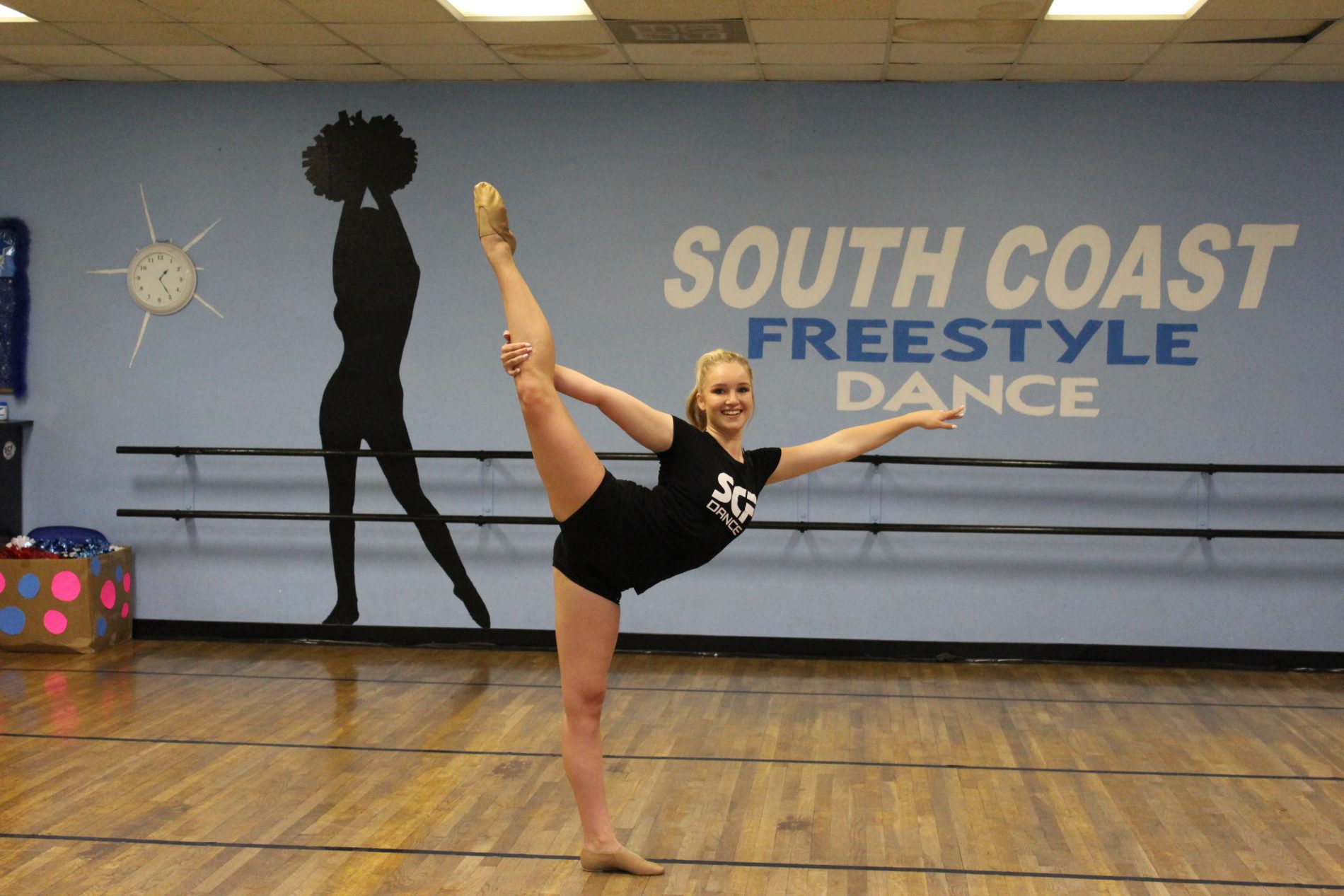 A funky fast-paced song played through the speakers while Annalese Von Gremp practiced a dance routine. She moved across the floor, leapt high into the air and wore a big smile.

She’s been dancing with South Coast Freestyle for 14 years, has been on Pep Squad at Dana Hills High School all four years and has competed in dance competitions.

Recently, on a Friday afternoon, Annalese was getting ready for a college dance team audition and for a World’s Championship competition. She said she spends a lot of time in the studio. Her practices run for multiple hours throughout the week.

“Dance has helped me. It sets a schedule for me,” Annalese said.

The school year is winding down, and she’s getting ready to head to Kansas University in the fall. She hopes to become a nurse.

She said it will be weird graduating, but was thankful she had her mom and sister in the dance world all these years. She added as she learned to dance, watching her older sister dance inspired her.

“When I was growing up, I would watch (Ashley) and look up to her and see how much she was enjoying it,” Annalese said. “I would want to be just like her in a lot of ways. I also like having my mom here because it involves her more.”

Annalese’s favorite styles of dance include pom, which she describes as an athletic dancing with pom poms.

“You have really strong emotions and hitting your moves,” Annalese said. “I grew up doing pom and it’s my core dance.”

Her favorite thing about dance is her ability to express herself.

“If I’m ever having a rough time I know I can come here and let it all out,” Annalese said.

As she gets ready to move on to college she reflects on her favorite dance memory.

“At Dance Worlds the first silver medal I got was when I was 11,” Annalese said. “That was a pretty big deal to me, being named second in the world and getting to experience that with my teammates.”

Her advice for younger, or new, dancers is to always push yourself.

“There’s never a limit of what you can do, and don’t let anyone tell you what you can and can’t do,” she said. “I’ve been told my body wasn’t right for dance and that makes me upset a little because anyone can dance if they want to.”

In the months leading up to college, Annalese said she may teach some classes at the studio, and hopes to dance while in college.