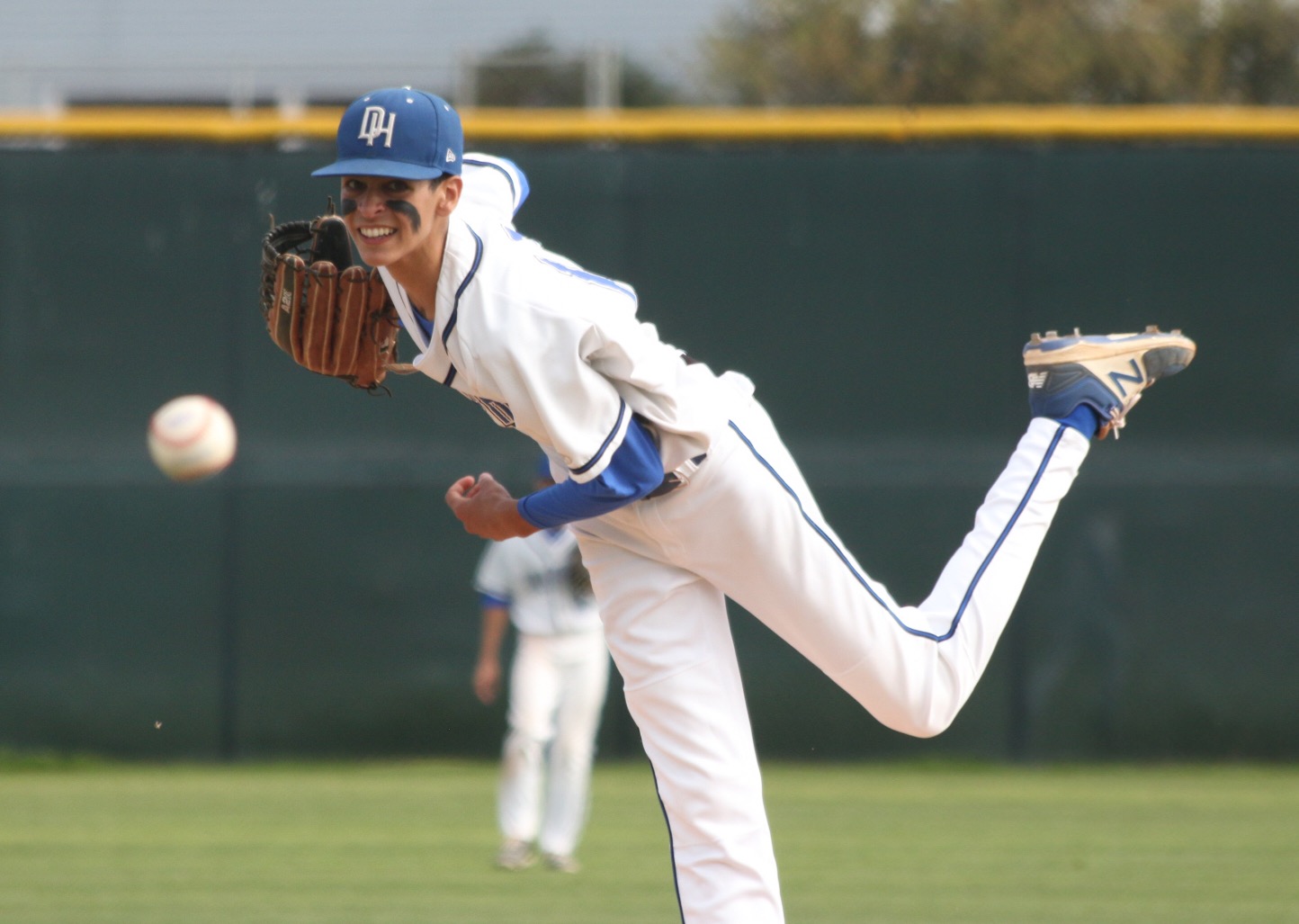 “They ended up dogpiling on our field and taking pictures on our field,” Dana Hills senior Corey Cisowski said. “That was sort of a chip on our shoulder for some of the returning starters. We want that to be us this year.”

Dana Hills took the first step toward correcting that on Friday.

The Dolphins scored six runs in the first inning and had three pitchers combine for 10 strikeouts and a shutout win over San Juan Hills, 8-0, in each team’s Sea View League opener at Dana Hills High School.

“The first game of league is always the biggest because everybody is getting their No. 1. It’s No. 1 vs. No. 1,” Dana Hills coach Tom Faris said. “That’s the biggest thing. To get the ‘W’ in our league is obviously very positive.”

“The kid wasn’t throwing strikes,” Faris said. “We tried to be a little more patient at the plate. We knew that going into it. Our guys did a good job of doing that today.”

Shane Ferrari opened the scoring with a two-run single with the bases loaded to bring home Jack Cullen and Logan Gallina. Thomas Buckanavage scored on a CJ Zwahlen single, and Ethan Ezor earned a bases-loaded walk to score Ferrari. Zach Waters rounded out the barrage with a two-run double as Cisowski and Zwahlen came acrosse.

Dana Hills sent 11 batters to the plate, and Vurpillat pitched one-third of an inning with five earned runs.

“I think the biggest thing our team has stressed all year is not only hitting the ball,” Cisowski said, “but when we have a team in a position where we can pounce on them, we need to do that. This team works really well off of momentum. I’m glad we were able to take advantage.”

On the mound, Dante Jackson had a strong start for Dana Hills. The sophomore had a strikeout in each of his four innings of work while allowing three hits and no runs.

“As always, Dante is one of our aces,” Cisowski said. “I really like the guy, and he’s confident. He’s a sophomore, he’s got many years to come.”

Jackson stranded seven San Juan Hills runners in his four innings, and the Stallions left 11 runners on base in the game.

Trent Morgan got one strikeout in the fifth before Cisowski took over and finished the final 2.2 innings.

“He’s my go to guy when kids are having a hard time and struggling,” Faris said of Cisowski. “Get him out there, pitch and clean it up. He’s been doing a good job that this year.”

Cisowski came in and went straight to his curveball to collect five strikeouts, including the game-ender.

“When (my curveball is) on, I feel like nobody can touch me,” Cisowski said. “I always make the joke of whether or not my curveball got out of bed today or not. Today it did.”

Dana Hills hosts Bishop Amat in the El Dorado Steakhouse Tournament on Saturday, March 17 and goes back to league play at Tesoro on Wednesday, March 21.