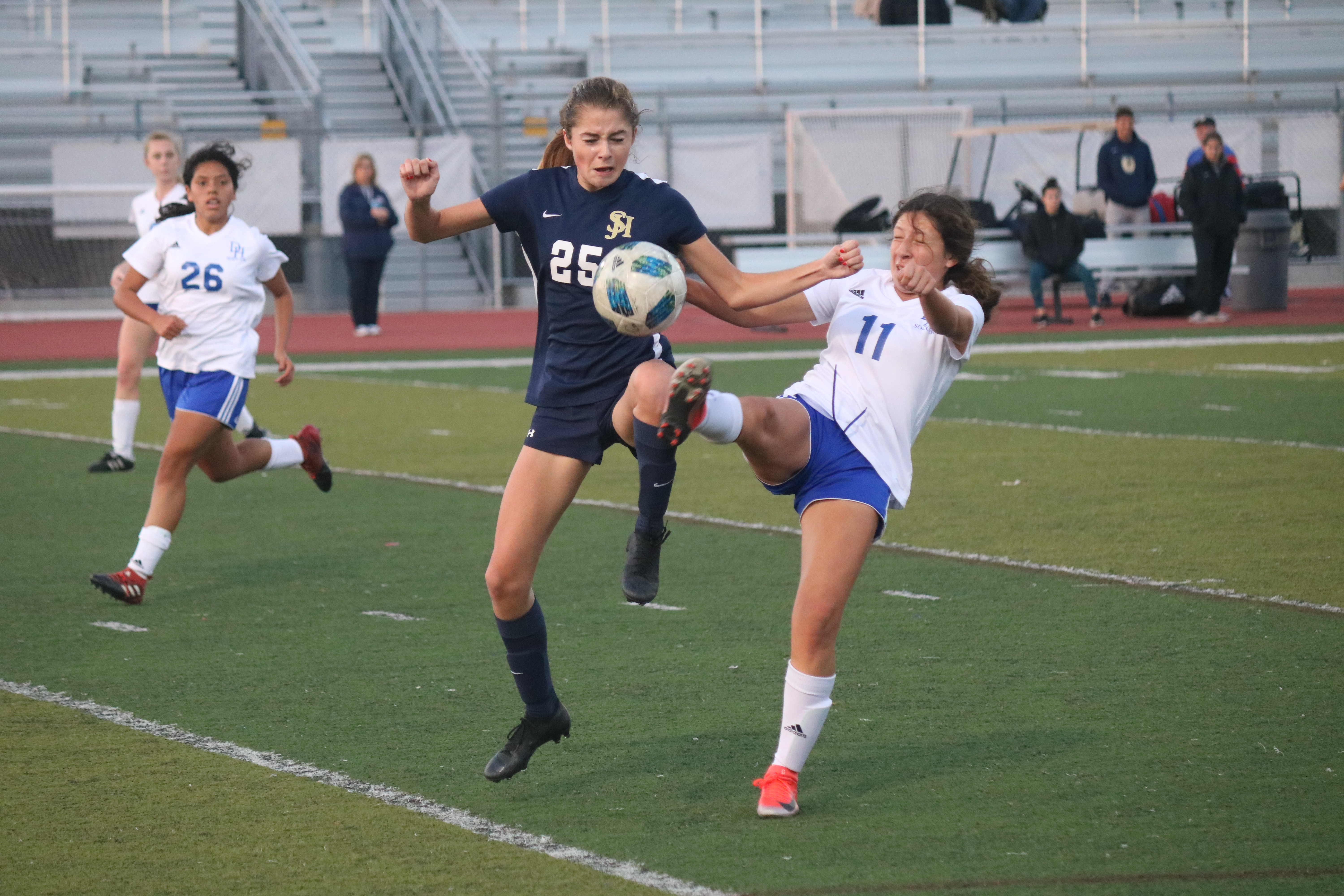 It’s an event played up by soccer supporters as part of the beauty of the game and by soccer detractors as a flaw in the game. For the teams involved, it’s not ideal, but they’re both happy for the point in the standings.

“I felt like it was pretty back and forth,” San Juan Hills coach Farrel Moore said. “The game kind of started slow and in the second half, we found our groove. We made some chances, had some set pieces, but we just couldn’t finish them.”

“(San Juan Hills) forced us to play a little narrow today,” Dana Hills coach Zaid Malkosh said, “but it’s super clear that we need to work on threading the passes, assembling, connecting to feet. Winning the ball in the center, they were definitely monsters there. Everything was a stalemate unfortunately.”

Amanda Haimes picked up the shutout for San Juan Hills in net, and Taylor Poland earned the clean sheet for Dana Hills. Neither were truly tested with anything dangerous in the match.

The majority of the play was held in midfield, and a lot of it took place above the shoulders with balls in the air. Macey Leonard and Elyse Hall were strong on the backline for San Juan Hills, and Mia Wood and Abbie Klabouch held down the defensive unit for Dana Hills.

It was the second game of a three-game week for both teams as they adjust to a new league schedule. The CIF calendar shifted up by a week over the summer, which caused some chaos with the scheduling for all the winter sports and the holiday break.

“With the shift in the calendar by CIF and the way winter break fell, the athletic directors voted to start now,” Moore, also an athletic director for San Juan Hills, said. “Our other options were to start during break, but people are gone. Start before break, but the Capo District is in finals. So we had to squeeze it in from January 8 to January 29.”

In a week of play, San Juan Hills will have completed their first round of the South Coast League with games against San Clemente on Saturday and Aliso Niguel next Tuesday.

Dana Hills gets its bye next Tuesday, but the game schedule has cut into practice time.

“This new schedule in January is killing us,” Malkosh said. “We have no time to correct things. It’s a little stressful.”