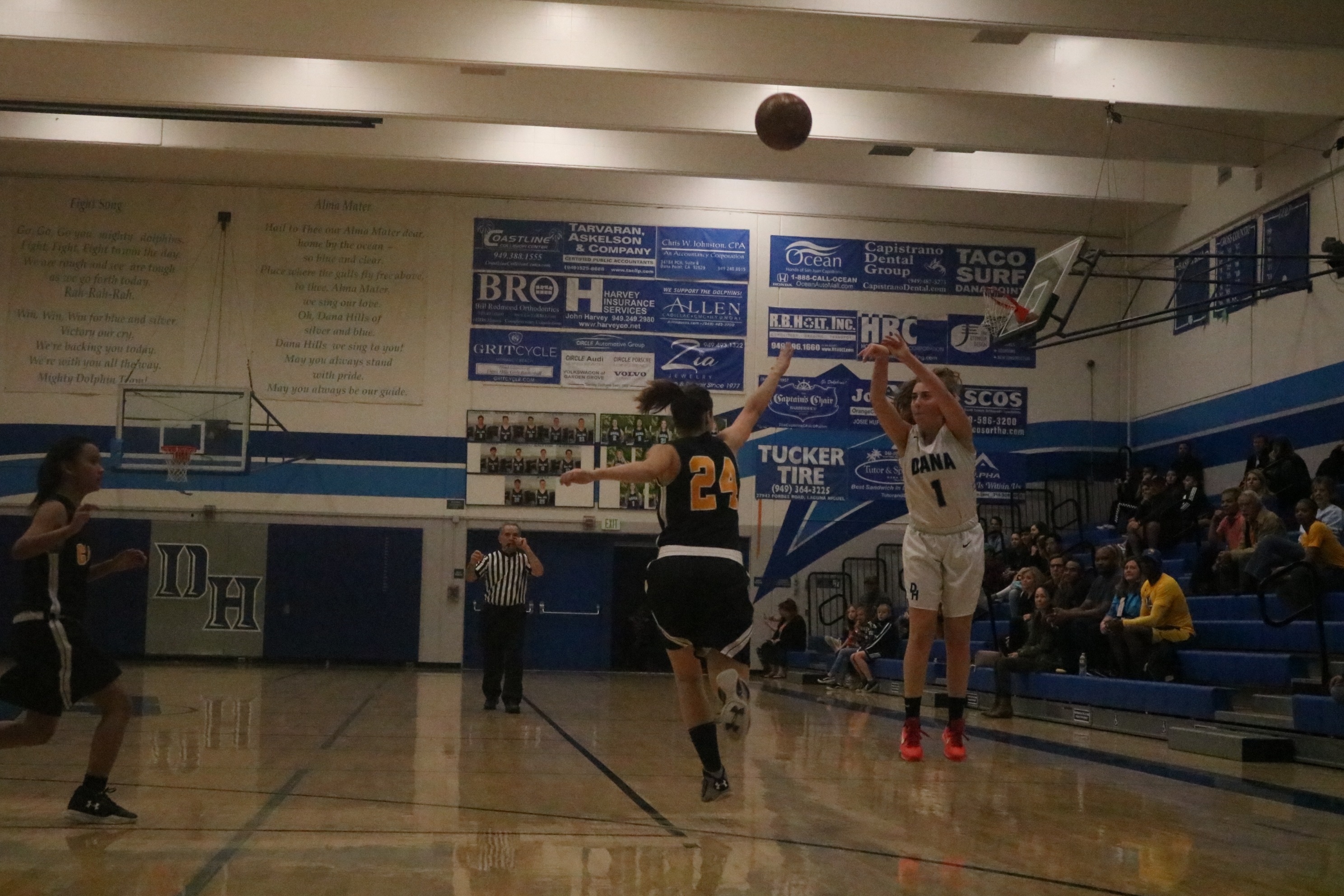 DANA POINT – A big night from a super sophomore and a big middle portion of the game made it an easy ride for the Dana Hills girls basketball team on Thursday.

Maicie Saia scored a game-high 20 points and the Dolphins scored 23 unanswered points through the second and third quarters to knock off Capistrano Valley, 56-33, and remain unbeaten in league play at Dana Hills High.

“We’re one game at a time,” Dana Hills coach Anne Honey said. “Our motto is ‘refuse to lose.’ 3-0 was a few minutes ago, now we’re looking forward to Laguna Hills on Monday.”

Dana Hills sophomore guard Maicie Saia talks about her 20 points and the Dolphins 23-0 run in a 56-33 win over Capo Valley to stay unbeaten (3-0) in league. @DanaHills pic.twitter.com/WkBPDpGXdY

Honey said that Dana Hills (11-8, 3-0) has “some unfinished business” with back-to-back second-place finishes in the Sea View League. The Dolphins, ranked No. 10 in CIF-SS Division 2A, beat the defending league champion Trabuco Hills, 45-40, on Tuesday, Jan. 16, and take the trip to Laguna Hills on Jan. 22.

Dana Hills was clicking right from the start with a sharp shooting night from Saia who scored 17 points in the first half and sunk four 3-pointers.

“She’s a key, key player,” Honey said. “She runs point, she runs the shooting guard, she does everything in the guard job. When her shot is on like it was tonight, it’s awesome.”

The Dolphins led by eight points after the first quarter, and with a 19-11 lead, Dana Hills’ transition game kicked in for a 23-point run into the third quarter.

Dana Hills led by 19 points at halftime and by as much as 34 points in the fourth quarter.

“A lot of teamwork,” Saia said. “Passing the ball, setting screens. We got each other open and made the right look.”