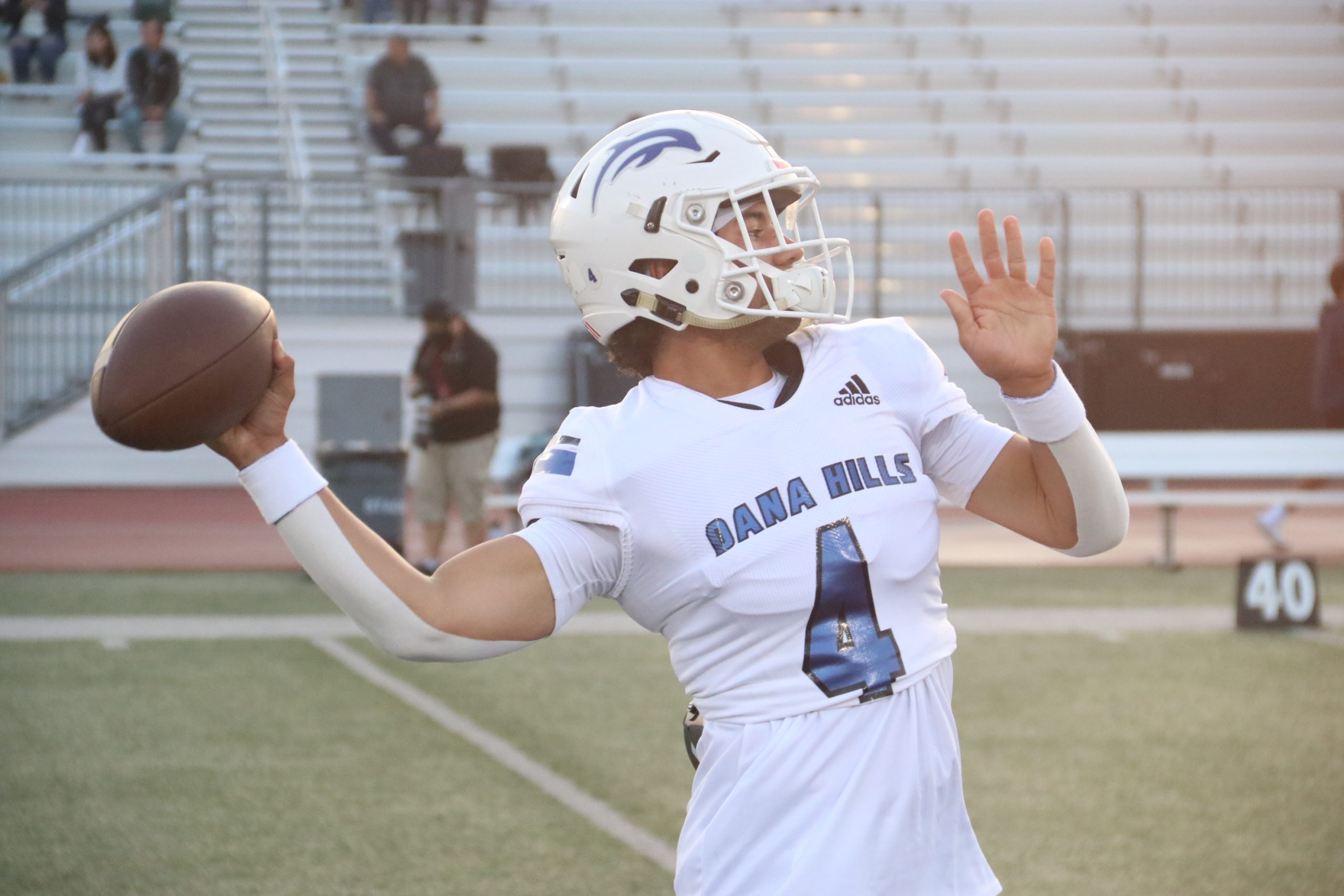 However, things have been very different for Dana Hills this season, and that includes the announcement from senior quarterback Bo Kelly on Wednesday, Dec. 15.

Kelly also had offers from Portland State and University of San Diego, but the Dolphins’ signal-caller was enticed by the spread offense that Cal Poly runs. Cal Poly head coach Beau Baldwin is in his second year with the Mustangs after three years as the offensive coordinator at Cal and an NCAA Division 1 Football Championship Subdivision title at Eastern Washington in 2010.

Dana Hills football head coach Tony Henney is also a Cal Poly SLO alumnus and was an assistant coach with the Mustangs before returning to the high school ranks at Dana Hills.

Kelly, the Pacific Hills League co-offensive player of the year, was instrumental in the recent turnaround of the Dana Hills program and spurred on the Dolphins’ success with a potent offense. Kelly set the program’s single-season records for passing completions (177), yards (3,502) and touchdowns (39), helping Dana Hills qualify for the CIF-SS playoffs for the first time since 2013.

Kelly won’t be the last college signee for Henney’s Dolphins, either, as there are five other Dana Hills players with college offers. While the early signing period runs from Dec. 15 to Jan. 15, the regular National Signing Day is Feb. 2, which opens the regular period through April 1 for Division I and Aug. 1 for Division II.

In addition to Kelly’s distinction as the Pacific Hills League co-offensive player of the year, the Dana Hills football program earned 14 first- and second-team honors in the league’s year-end awards.