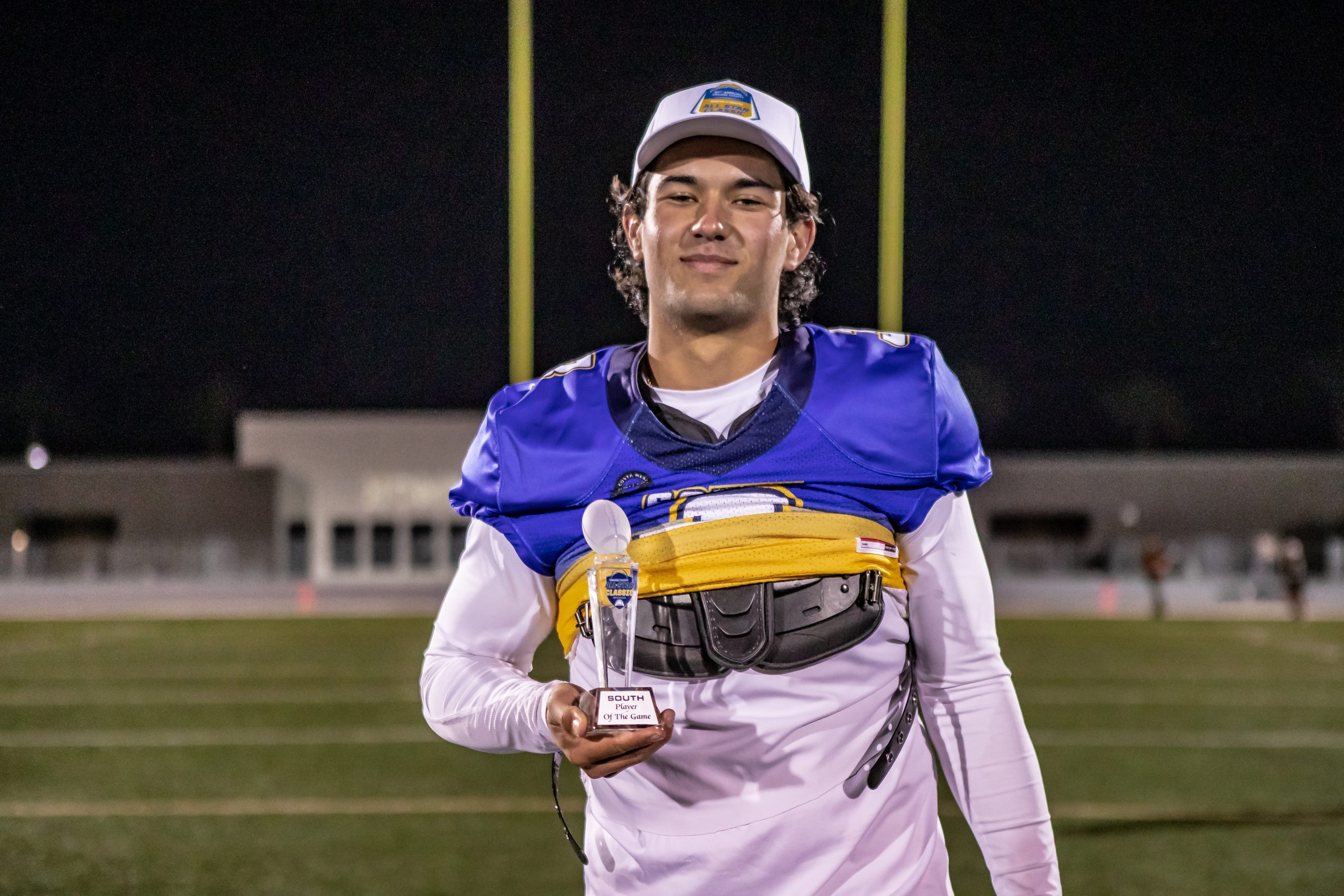 Dana Hills quarterback Bo Kelly got one more shot to put on the pads in his high school career and made the most of it on Saturday, Feb. 5.

Kelly threw two touchdown passes to help lead the South to its seventh consecutive victory over the North, 30-17, in the Orange County North-South Classic at Newport Harbor High School. The Classic was sponsored by the Los Angeles Chargers and Costa Mesa United.

The Cal Poly-bound Kelly completed 11 of 17 passes for 186 yards and two touchdowns, with one interception, and was named the game’s offensive MVP. Kelly threw both touchdowns to San Juan Hills wide receiver Braden Pegan, who signed a letter of intent with UCLA.