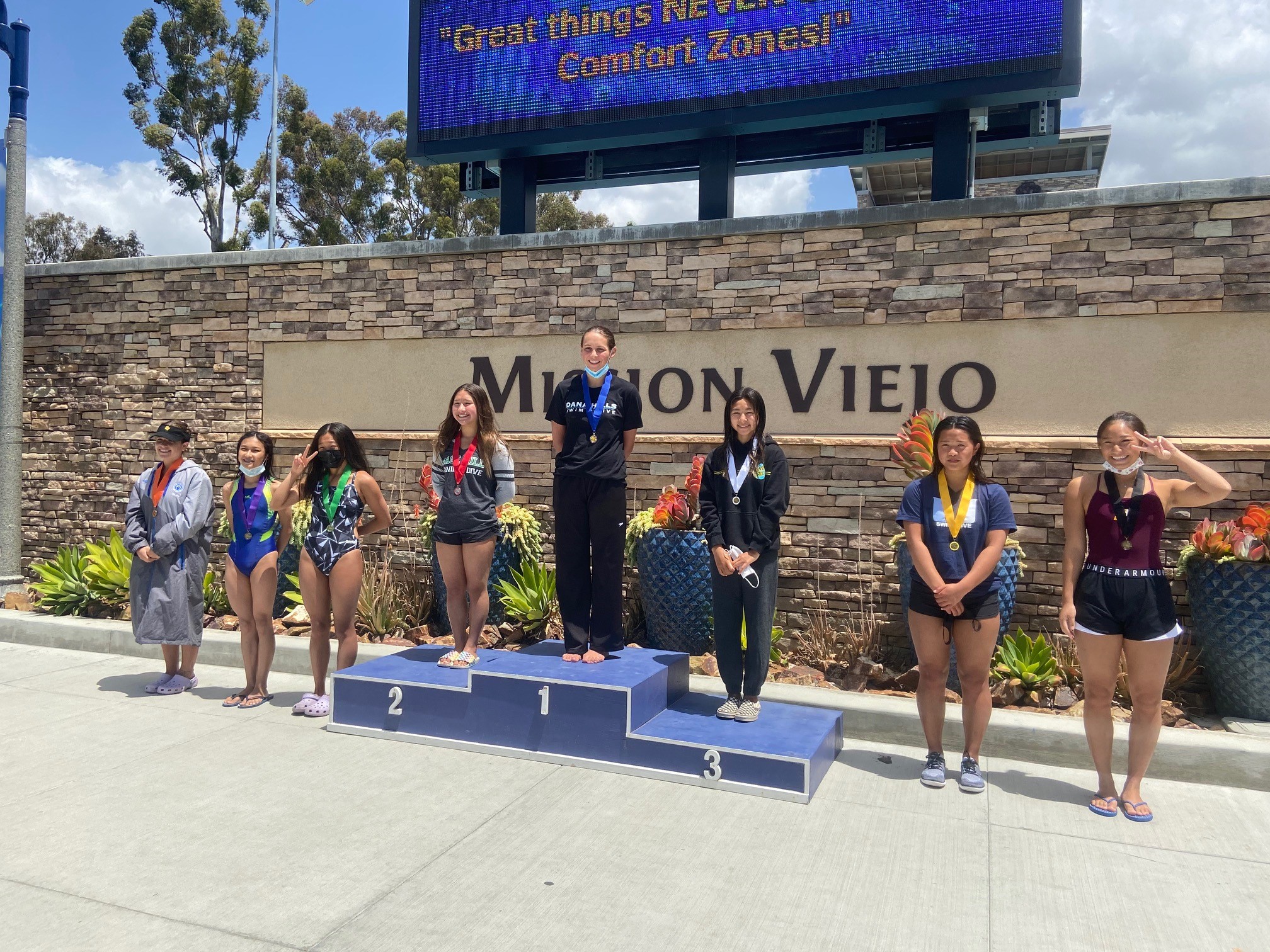 It only natural that the Dolphins have a stellar diving history, and Dana Hills added another name to its pantheon of acrobatic splashers on Friday, May 21.

“It felt really good,” Paquette said. “I wasn’t expecting it to feel as good as it did.”

Paquette didn’t lead wire to wire, as she sat in second after a couple of dives she said she missed on.

In the fifth round, Paquette scored 8.0s on a reverse 2 1/2 somersault tuck off the 3-meter springboard, which propelled her up the scoreboard.

“It’s my most challenging and scary dive,” Paquette said. “It had been moving slow (in practice), but I had a good top and I ripped it.”

Paquette said she peaked up at the scoreboard only a few times, but felt good when she saw her name go up to the first position.

Paquette’s championship comes nearly a full 12 months since her return to the pool. At the outset of the pandemic, Paquette’s practices with her club at Crown Valley community pool in Laguna Niguel were cancelled until June, which meant Paquette was out of the pool for four months.

“In diving, that’s a long time,” Paquette said. “It can be scary and more difficult to get back in after that time off.”

However, the practices with her club and club coach paid off with the CIF-SS championship.

With a senior year ahead of her next year, Paquette still has goals to achieve.

Normally, following the CIF-SS championships, there are state qualifiers and a CIF State meet to compete in, but with the pandemic, there are no state diving events to continue on in.

Paquette made it to the state qualifiers as a freshman, but she did not advance. Now, with the pandemic leading to the cancellation of her sophomore and junior year state events, Paquette can keep the goal of moving on to the state meet next year.