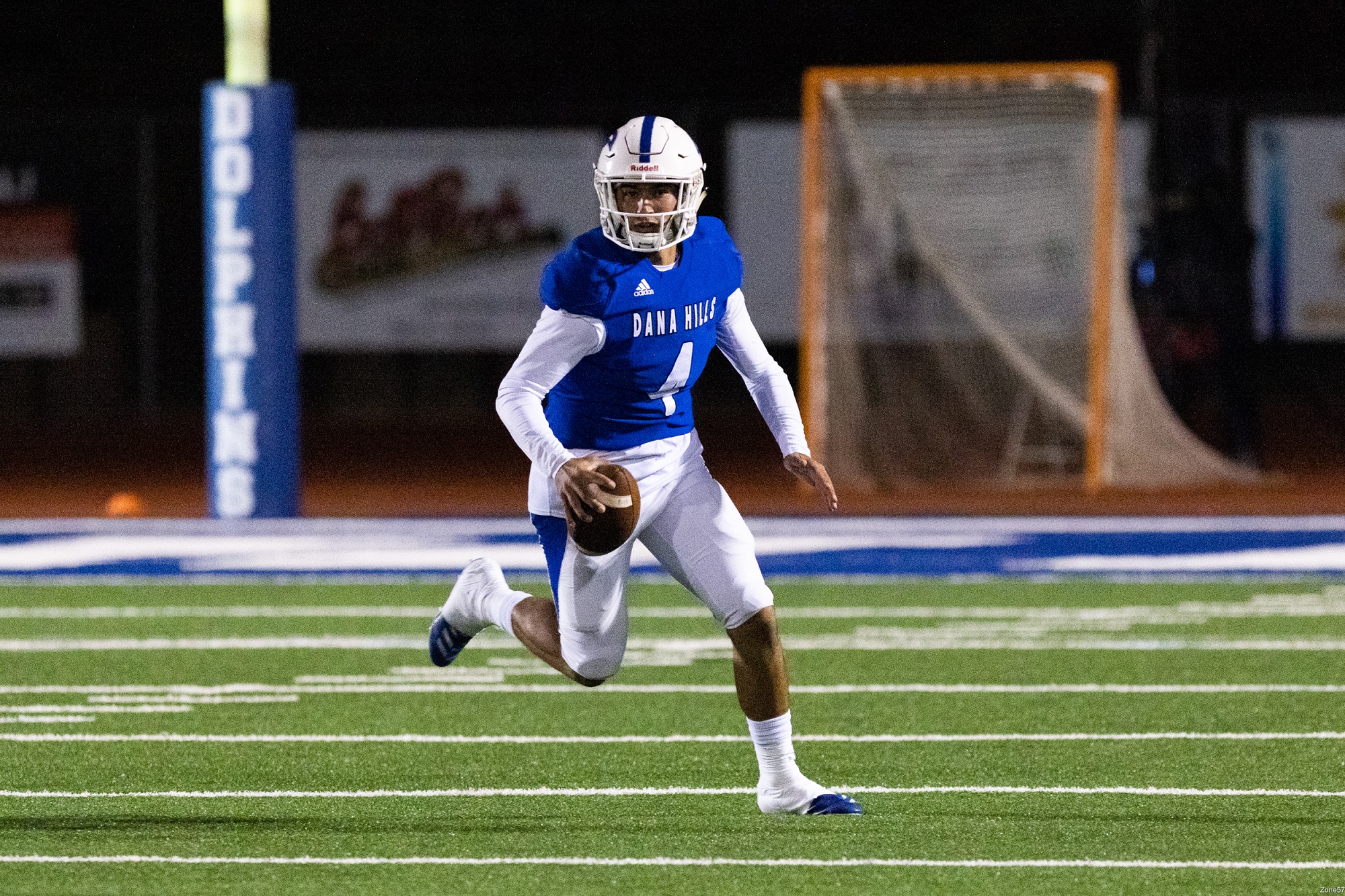 Bo Kelly helmed a dynamic offense of the Dana Hills football team during a historic run for the Dolphins on the gridiron and was one of the baseball team’s most relied-upon arms in the spring.

For his performances and accomplishments, Kelly has been selected as one of the Dana Hills High School Athletes of the Year.

Kelly produced a record-breaking season as the quarterback for the Dolphins.

As a team, the Dolphins posted their best regular-season record since 2009 and made the playoffs for the first time since 2008. As an individual, Kelly rewrote nearly every passing record in the Dana Hills books.

Kelly set single-season records for passing completions (177), passing yards (3,502) and touchdowns (39), and the senior finished his career as the Dolphins’ all-time passing leader with 5,868 yards and 61 touchdowns in 25 games. Kelly was the Pacific Hills League co-offensive Player of the Year and earned offensive MVP honors at the Orange County All-Star Classic.

On the mound in the spring, Kelly continued to throw heat as one of the leaders of the pitching staff. Kelly led the team in appearances (14), starts (9) and innings pitched (50 1/3), compiling a 3-2 record, 3.06 ERA and a team-high 52 strikeouts.