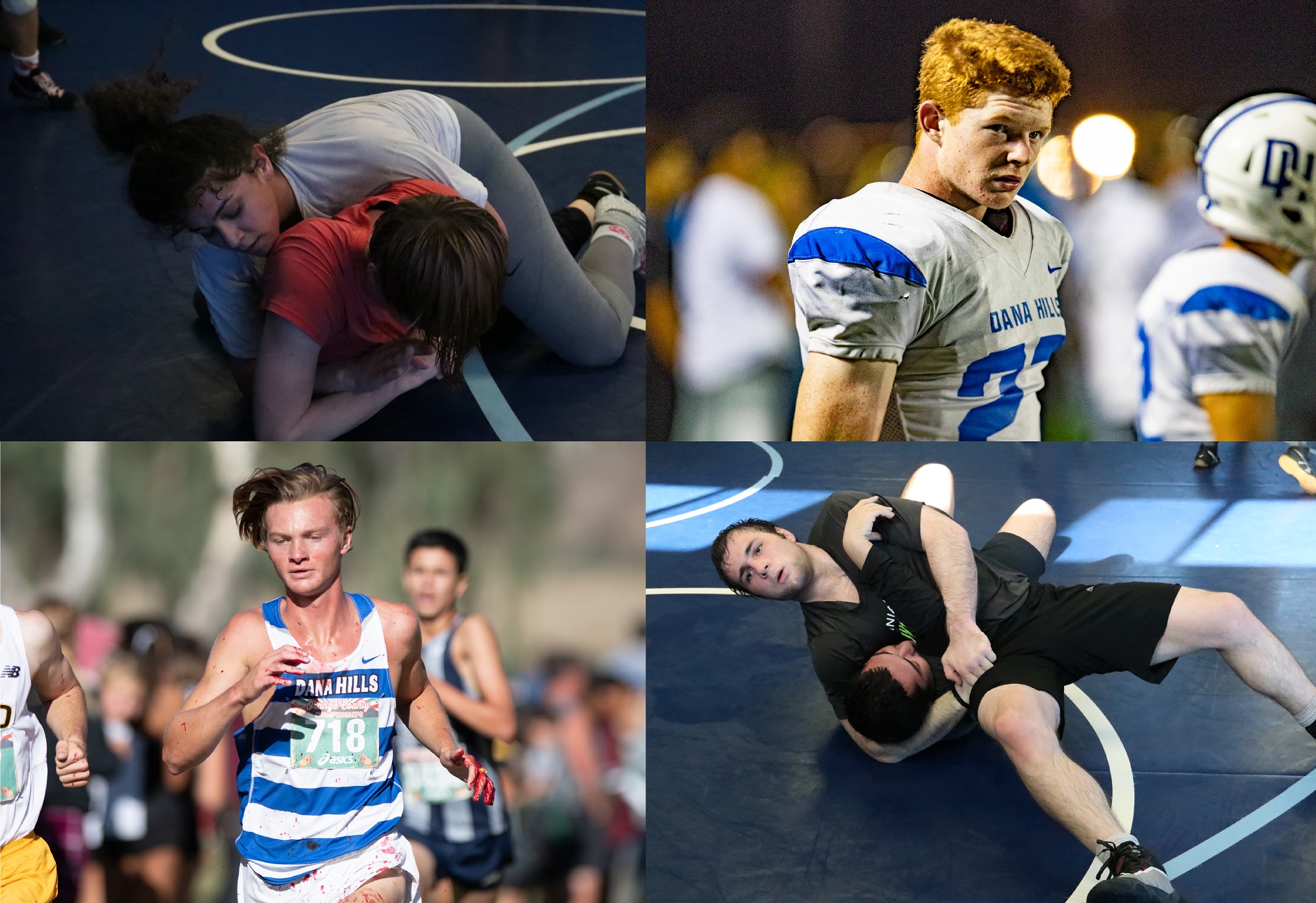 Female Athlete of the Year

Layla Donahoe closed her career as a trailblazer for girls wrestling at Dana Hills High School. Donahoe went further than any girls wrestler in Dana Hills program history. She battled at the state championship tournament and earned a top-16 finish at 160 pounds, the highest finish by a Dolphin girls wrestler. Donahoe won her first-round match by fall, and after losing to the No. 2 seed, Donahoe rebounded with a win by decision in the consolation bracket to secure her historic finish. Donahoe also won a second straight CIF-SS Southern Regional silver and then qualified for state with a seventh-place finish at the CIF-SS championships. Donahoe will continue her academic and wrestling careers at Southwestern Oregon Community College in the fall.

Liam Boersma was the spearhead of a defensive front that led the Dana Hills football team to a record-setting start to the 2019 season. In just the season’s first six games, Boersma broke the school record for sacks in a season. The record was 17 1/2 in 12 games during the 2009 season, but Boersma blasted through with 18 1/2 through the Dolphins’ program-best 6-0 start. He finished the season with 22 sacks, the most in California, according to the MaxPreps national leaderboards. Boersma also led the Dolphins defense with 123 total tackles, 97 solo tackles and 26 assisted tackles. He will continue his academic and football careers at Saddleback College in the fall.

Carrick Denker closed out his Dana Hills High School career by setting a record for the cross country program, which is no small feat. Denker posted a Dolphin record for the 5,000-meter state championship course in Fresno with a time of 14:59. He finished third in that race and paced Dana Hills to second-place silver in CIF State Division II. The Dolphins also qualified for the Nike Cross Nationals, and Denker finished 43rd at the race in Oregon. Denker had an eventful season highlighted by a blood-soaked third-place finish at the Orange County Championships, in which he was inadvertently pushed into a metal post and suffered a deep gash on his left hand that would require 12 stitches. The senior still finished the three-mile course in 14:44. Denker will continue running at UC Berkeley in the fall.

Josh Harkey capped his stellar Dolphin career with some historic championship performances. Following up his second straight CIF-SS Coastal Division championship and another Coast View Conference championship, Harkey became the first Dana Hills boys wrestling state podium finisher in 13 years. Harkey made a run to the state quarterfinals with two wins by decision and one by fall. After falling in the quarterfinals, Harkey won twice more by decision to advance to the consolation semifinals before losing. As the No. 5 seed in the bracket, Harkey finished fifth in California at 195 pounds. He also finished fourth at CIF-SS Masters to qualify for State. Harkey will continue his academic and wrestling careers at Cal Poly San Luis Obispo in the fall.