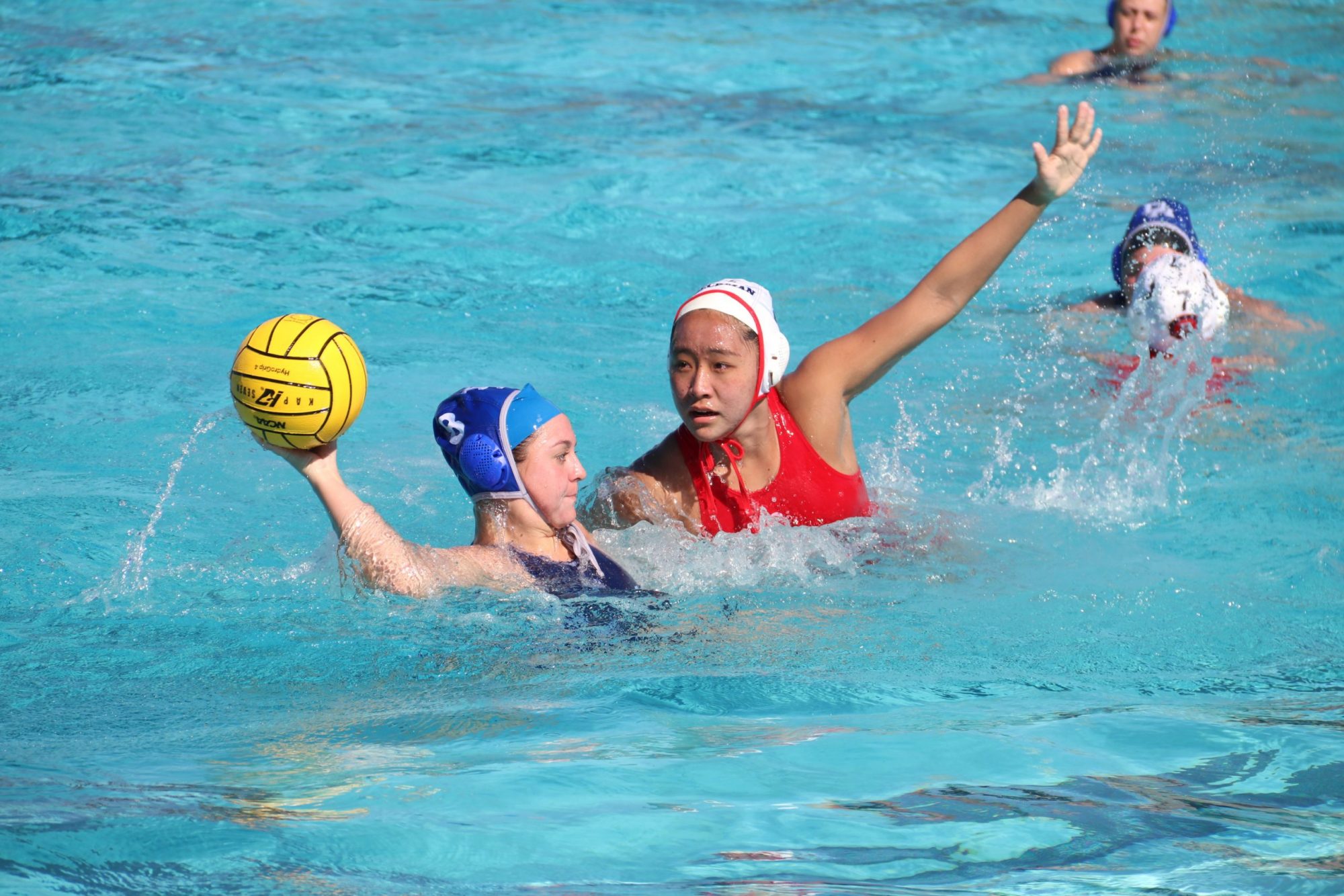 The No. 3 seed Dolphins threw everything it could toward the Beckman cage on Saturday, Feb. 12, at Capistrano Valley High School, but time and time again, the Patriot’s goalkeeper, and a quite sturdy goal frame, bested Dana Hills in the CIF-SS Division 3 quarterfinals.

Beckman’s goalkeeper made 11 saves, and Dana Hills shots hit the posts and crossbar eight times, as the Patriots defeated the Dolphins, 6-4, to advance to the Division 3 semifinals.

“You can prepare to some degree, but that’s a whole starting group of juniors,” Dana Hills coach Carrie Ross said. “They lost in the first round their freshman year. Most of them have been with me the whole time. So, it’s like… stage fright, pressure’s on. This might be one of the first experience those girls have had in a game that’s high stakes.”

Dana Hills (21-9) only had two seniors in its starting lineup on Saturday, and only goalkeeper Madison McGowan was with the varsity team when it advanced to the program’s first CIF-SS final in 2019. So while it will certainly hurt to lose their starting experienced goalkeeper in McGowan or another senior like Lily Verna, who scored two goals against Beckman, Ross recognizes the important building block this season and this loss are in the long run of this group.

“I think they’ve worked hard all season, and I’m bummed to see it not continue,” Ross said. “But I know from my last cycle through, you need these experiences. The losses that hurt, you need those experiences along the way, so that they have that stake. They know what it feels like to lose to then fight through in the future.”

Beckman (18-9), which will take on No. 2 seed Woodbridge in an all-Irvine semifinal on Wednesday, Feb. 16, was solid in its defensive structure to not allow the Dolphins inside and instead force shots from the perimeter.

Dana Hills picked its spots in the first half, but in the second half, the Dolphins unleashed a barrage, making sure to get off a shot whenever they had the opportunity. Unfortunately, Beckman’s goalie had a career afternoon, while Dana Hills was just off with its shooting.

“We didn’t fake her,” Ross said. “We didn’t get the goalie off that set point, and she was able to come up and block them. So, definitely on us, but their goalie played a great game. From the film I saw, she played a lot better.”

Beckman went up by two in the second quarter, but a man-up goal by Verna brought Dana Hills within one goal into halftime, 4-3.

Neither team scored in the third quarter, but that was the starring portion for Beckman’s goalie, with five saves to her credit in the period. Dana Hills hit two quick posts late in the quarter, as well.

In the fourth, Beckman scored in the first minute to go back up by two, but Dana Hills eventually responded with a five-meter penalty goal by junior Sadie Riester. However, Beckman converted on its man-up opportunity for a 6-4 lead with under three minutes to play.

Dana Hills got a couple gifts with a miss on a Beckman penalty shot and another earned penalty shot of its own just nine seconds later. However, Beckman came up with its 10th save of the game to essentially kill the Dolphins’ comeback hopes.