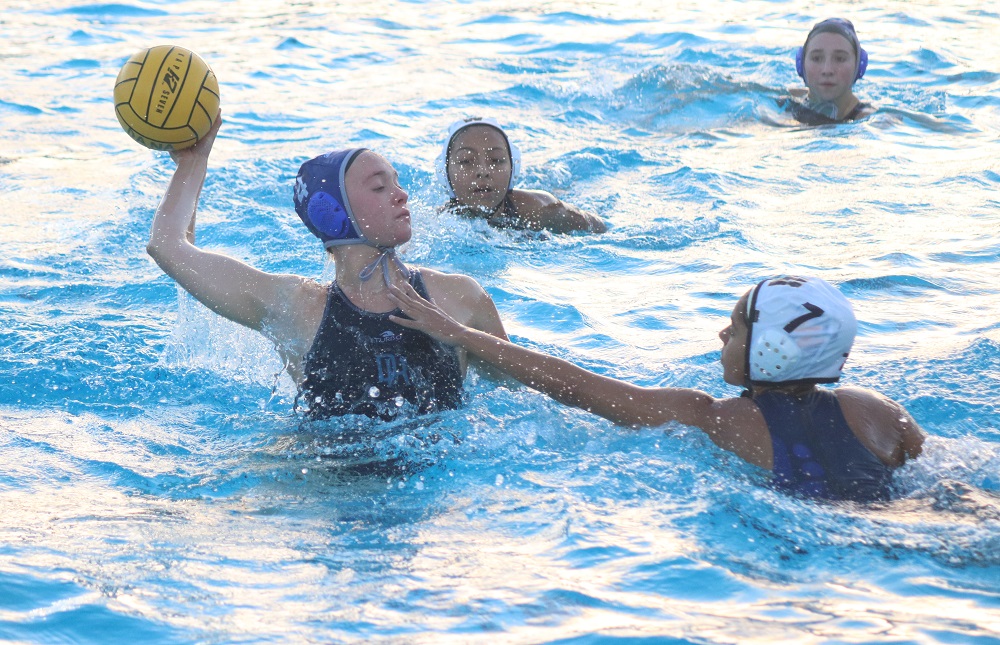 DANA POINT – The biting wind and post-rain air temperature drop made for some frigid conditions at the Dana Hills pool deck, but in the 82-degree pool, the Dolphins girls water polo team played just as hot as their water on Tuesday.

“I thought they did well,” Dolphins coach Carrie Pierce. “We can continue to fine tune a couple things, but we’re playing well at the right time.”

Dana Hills will hit the road for the second round at Woodbridge in Irvine on Thursday, Feb. 7. Woodbridge, the fourth-place team in the Pacific Coast League, beat Beaumont on the road, 4-3, in the first round.

Dana Hills battled through the South Coast League and upset El Toro in the league tournament semifinals last week to claim second-place. The Dolphins battled with Division 1 and 2 teams all season to earn the No. 2 seed in Division 4.

“It’s different,” Pierce said of the level of play in the South Coast League to Divison 4, “especially to have the game of our season against El Toro and have to match that level of intensity and shift gears into Division 4. Getting a two-seed definitely helped to get an easier first round matchup, but it’s still a Division 4 CIF game. We had to prepare.”

Live at Dana Hills as the No. 2 seeded Dolphins host Warren in the first round of the CIF-SS Division 4 girls water polo playoffs @danahillsGWP @dhhs_athletics @WaterPolo0714 @DanaPointTimes pic.twitter.com/VtBT68mB4m

Dana Hills was ready from the jump and powered out to a 7-0 lead. The Dolphins led 10-1 at halftime and 15-1 after three quarters.