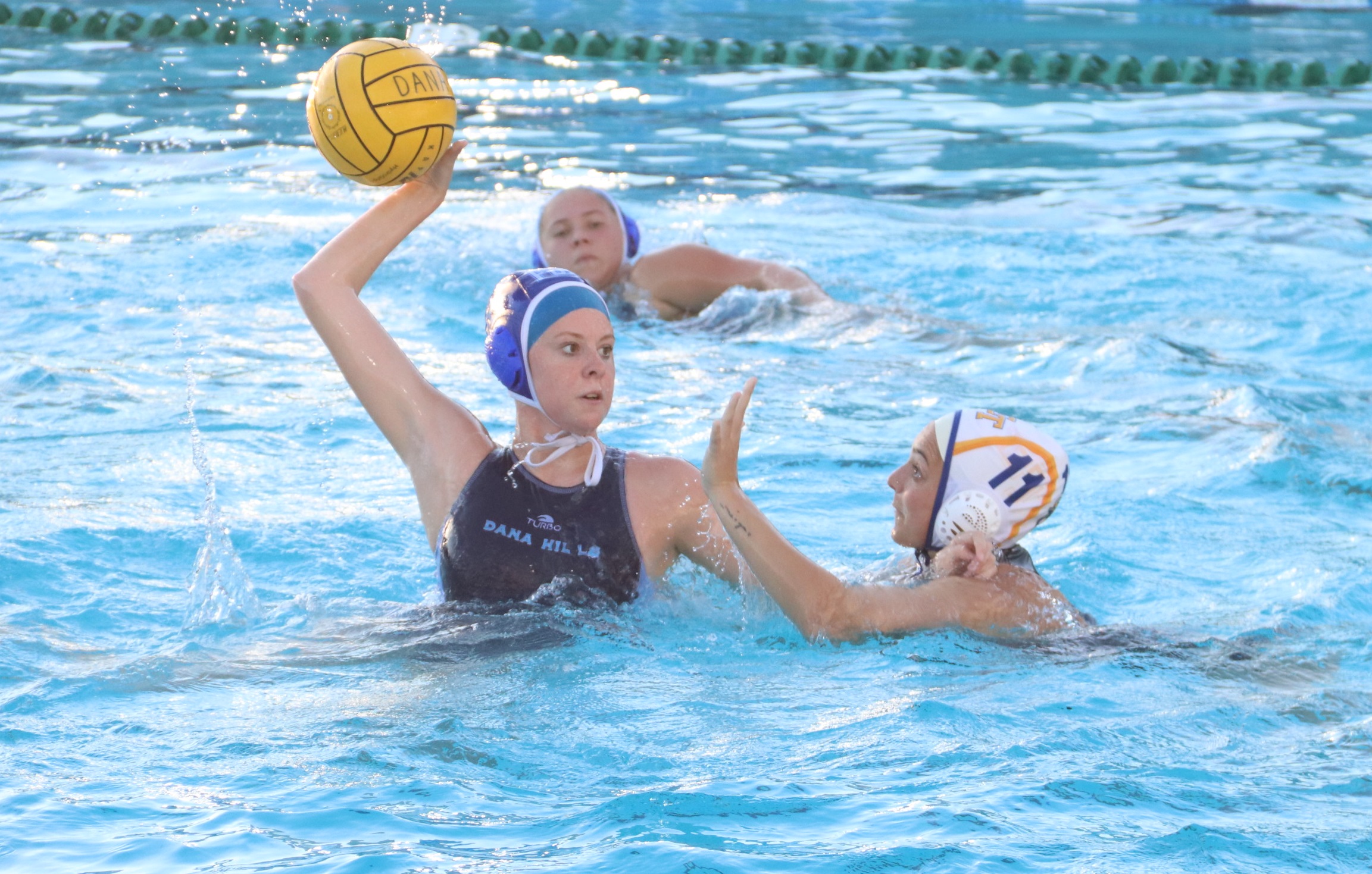 There are goals in sight for the Dana Hills girls water polo team.

The Dolphins did what they needed to do in the South Coast League, and now, with a playoff spot secured, Dana Hills is ready to use its lessons learned in that league gauntlet to try and capture its biggest prize yet: the program’s first CIF-SS championship.

Dana Hills senior goalie Madison McGowan is the only player remaining on the Dolphins’ roster from its first and only CIF-SS Final appearance, when Dana Hills lost the 2019 Division 4 title game to La Quinta, 11-8. The Dolphins have been to only two CIF-SS semifinals in program history.

However, with the Dolphins earning a No. 3 ranking in CIF-SS Division 3 and battling the likes of San Clemente (ranked No. 16 in Division 1) and San Juan Hills (tied for the No. 1 ranking in Division 2) in league play, Dana Hills coach Carrie Ross believes the Dolphins are ready to compete for a championship.

“I think we’re trending in the right direction,” Ross said. “San Clemente is D-1, San Juan Hills is D-2 and we’re top of D-3. When I’m looking at the season, these are really good prep games to be able to do well in the playoffs. It gives us that challenge in league to get ready for the playoffs. If you can play hard against San Juan, you’re going to hang with Millikan (ranked No. 1 in Division 3). You’re going to be just fine.”

Ross knows it when she sees it, as she’s been part of each of the Dolphins’ longest playoff runs. Ross, then Carrie Pierce, was a player on the Dana Hills team that made its first CIF-SS semifinal appearance in 2011 and then was the coach of the Dolphins during their 2019 run to the title game.

Ross also seems to be pushing this team’s buttons at the right moments, including the playoff clincher against El Toro on Jan. 27.

Dana Hills handled El Toro in their first meeting, 12-8, but through the first half of the second meeting, the score was a meager 2-2. Ross rallied the Dolphins during halftime, and Dana Hills came out with three quick goals. The Dolphins kept ahead of El Toro and held on for the win, 9-8, claiming the third and final automatic playoff spot out of the South Coast League.

“I told them, ‘Look, you’ve got to get third out of league to go to the playoffs and get an auto-bid. They want it just as bad as you do, and it’s going to be who wants it more,’ ” Ross said. “They came out firing in that third quarter. I could tell they were like, ‘Oh, shoot, we have to play hard or this might drift away from us.’ ”

Dana Hills rode that momentum into a crucial tournament for the team’s development over the weekend. The Dolphins went 4-0 to win the Garden Grove tournament, with only one game particularly close, an 11-10 win over Los Alamitos in the final.

Dana Hills’ last regular-season game at that point was another matchup with league-leading San Clemente. The Tritons beat the Dolphins in the first matchup, 20-3, and did so again on Monday, Jan. 31, 12-3. Knowing that was probably going to be the result, the Garden Grove tournament was big to keep up the team’s confidence and continue to climb out of what Ross called a “funk,” due to several players being unable to play because of illness.

But here are the Dolphins now, with the regular season behind them and a playoff season coming against similarly leveled opponents.

Dana Hills won’t know its path until the brackets are revealed on Monday, Feb. 7, but the Dolphins will be tested and ready for whatever road they need to take.