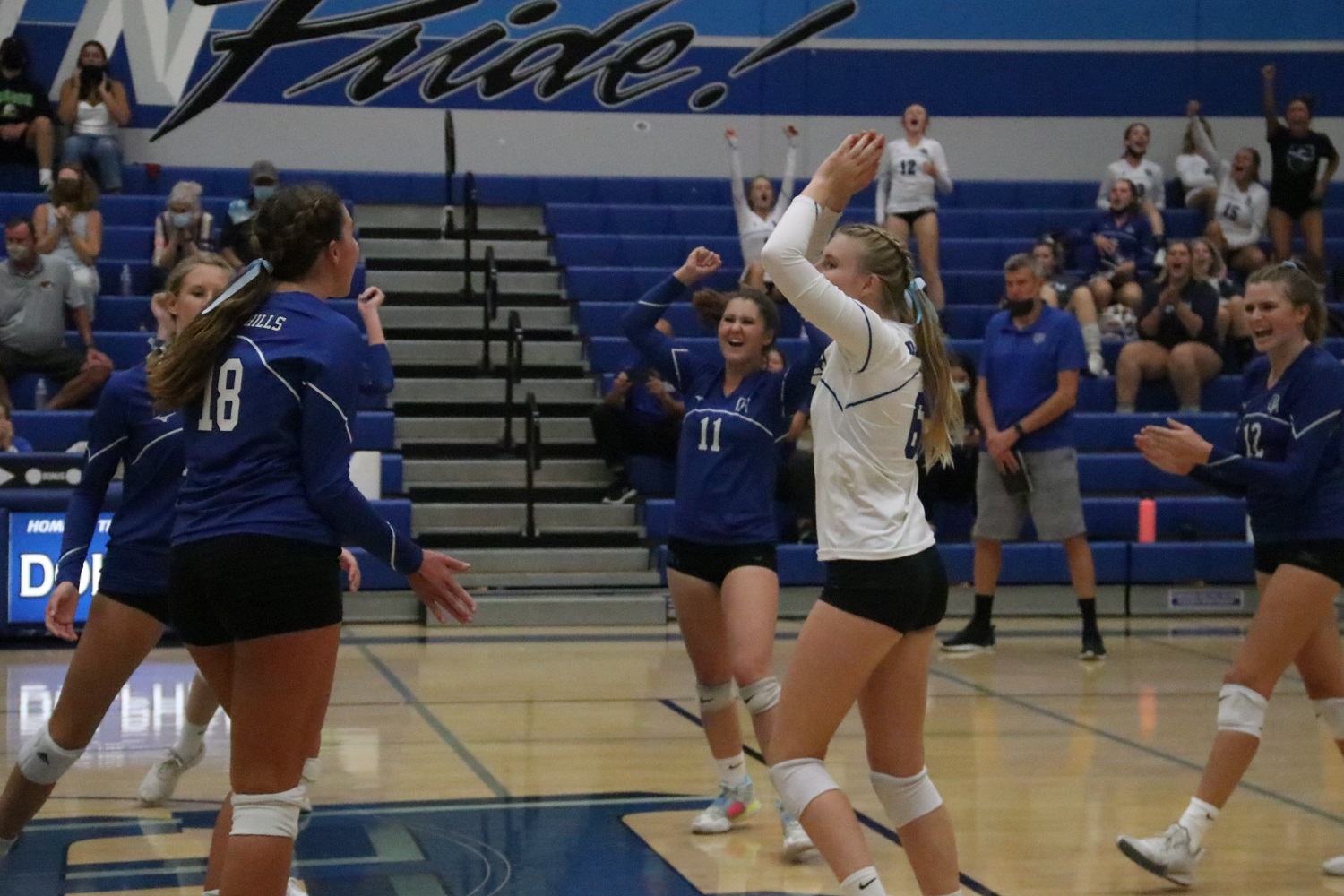 It’s been an up-and-down start for the Dana Hills girls volleyball team in this fall season, but the Dolphins found themselves on the right foot at the end of a back-and-forth match on Wednesday, Sept. 1.

“Bob Yoder and the (St. Margaret’s) coaching staff have a really nice volleyball program,” Dana Hills coach Tom Hoff said. “Their varsity team has a lot of talent and plays some tough ball. Put us in a lot of uncomfortable situations. It was nice that we battled through and had to figure it out.”

Dana Hills (3-2) went 2-1 at the Tesoro Tournament on Aug. 20-21, with a two-set win over Palm Desert, a three-set win over Capistrano Valley Christian and a two-set loss to Edison. The Dolphins followed that with back-to-back, five-set matches, including a loss at Laguna Beach on Aug. 24 and this win over St. Margaret’s (6-2).

“We’re trying to develop our own identity. Matches like this help,” Hoff said. “High school is much different than club, because you’re practicing five days a week and play matches like this for two, two-and-a-half hours. It’s a battle, and it’s never smooth sailing against these good teams. We’ve got to be resilient to know if a team gets on fire, to be patient and let our game come back to us.”

Dana Hills found its game early in the first set, as the Dolphins went on a 10-0 run to lead 17-8 after trading early points with St. Margaret’s. The Tartans pushed back within one point at 23-22, but Dana Hills closed out the set, 25-22.

The second set remained close throughout, with neither team leading by more than four until St. Margaret’s slowly pushed out late to a 22-14 advantage. Dana Hills fought off three set points, but the Tartans regrouped out of a timeout to finish the set, 25-18.

The third set was similarly close with the teams battling to a 12-12 tie, but St. Margaret’s found a groove on a 7-2 run. The Tartans then quickly closed out the 25-18 win.

Dana Hills with a strong fourth set closed out on this long rally to even up with St. Margaret’s, 25-15. We go to the 5th and deciding set. @dhhs_athletics @SMESAthletics pic.twitter.com/S6s3XXjY2X

The Dolphins weren’t going down easily on their home court, however, and Dana Hills surged to a 9-1 lead in the fourth set. St. Margaret’s got back within five points, but Dana Hills went on a 7-2 run for a 10-point lead and a 5-1 run to end the set, 25-15, and force the tiebreaking fifth set.

Dana Hills came out with similar vigor to that of the fourth set with a 7-2 lead in the fifth set. St. Margaret’s showed its mettle to battle back to a 9-9 tie, but that’s when Dana Hills closed the door. The Dolphins went on closing 6-1 run to win the set, 15-10, and the match.