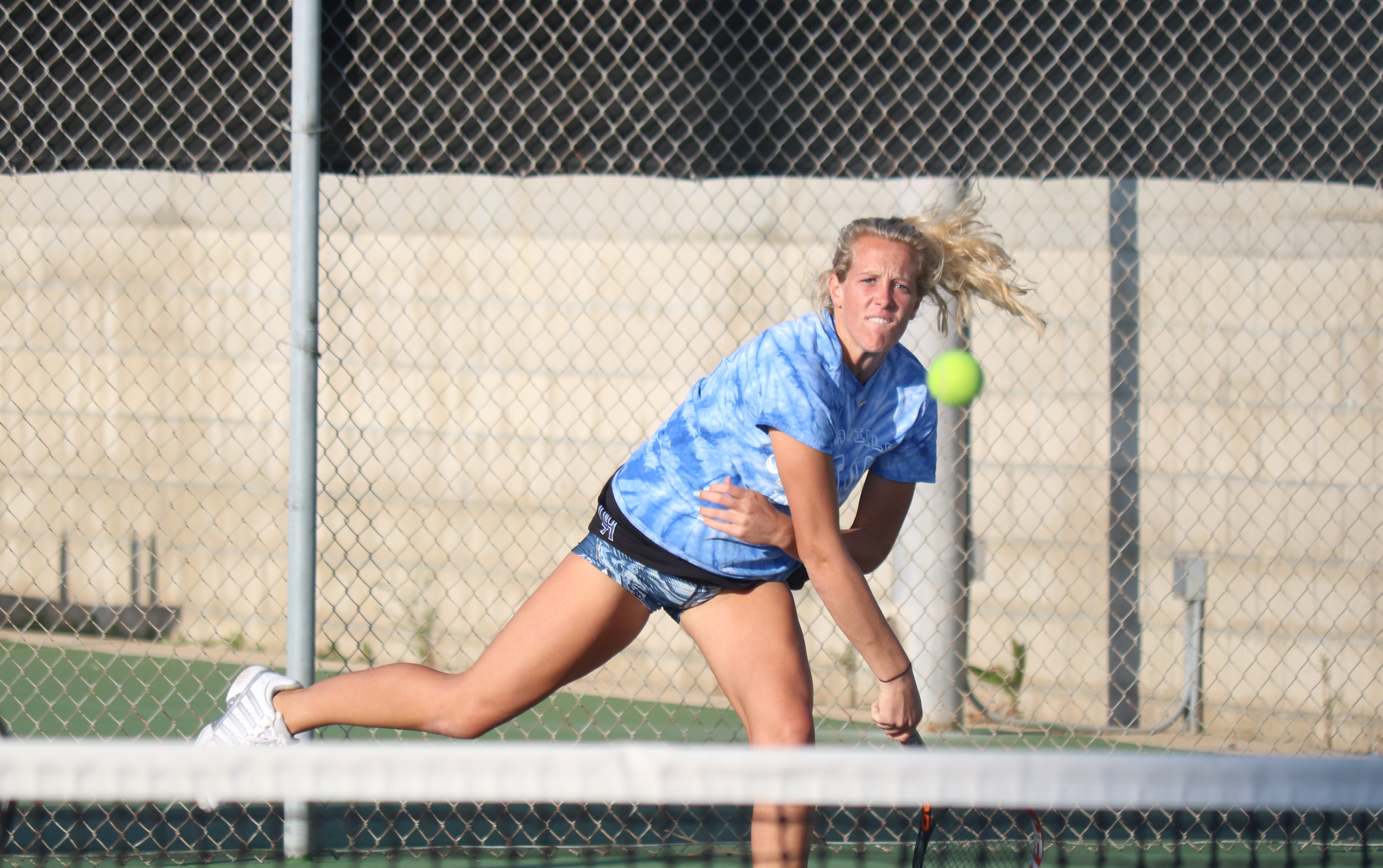 It wasn’t as easy as it initially looked, but the Dana Hills girls tennis team is off to the CIF-SS Final.

The Dolphins doubles teams and top singles player Courtney Swift swept through the first two rounds, and Dana Hills did enough to get by in the third round to defeat Troy of Fullerton, 10-8, in a CIF-SS Division 1 semifinal on Wednesday, Nov. 7 at Dana Hills High School.

“They’re a solid team,” Dana Hills coach Justin Green said. “It came down to the wire, our girls stepped up, and it was a good win.”

Dana Hills advanced to its first CIF-SS Final since the Dolphins won the title in 2011, which was the program’s fifth straight appearance in the Final. Dana Hills has now advanced to the CIF-SS Final 12 times in its history with championships in 1989, 1997, 2007, 2008 and 2011. The Dolphins have also won 20 consecutive league titles since 1999.

“It’d be huge (to win),” Green said. “It’s been a while since we’ve been there. It (the 2011 title) was one of my first years coaching, seems like it was a long time ago. (Getting to the Final is) always the goal. Our girls have stepped up big and surprised me in ways. They’ve worked hard, and they deserve it.”

It won’t be any easier for the Dolphins in the Division 1 Final at the Claremont Club on Friday, Nov. 9 at 10:30 a.m. against No. 1 seed Mira Costa.

The Mustangs had cruised through the first three rounds before scraping out a win on the games tiebreaker over Westlake, 9-9 (83-76). Dana Hills and Mira Costa met in the regular season on Sept. 12, with Mira Costa winning, 13-5.

“We played them this year, and they beat us fairly handily,” Green said. “We’ll practice tomorrow, get out there and hopefully get some redemption.”

Dana Hills’ formula for victory on Wednesday looked no different than most of its wins this season. The Dolphins would sweep in doubles, and the Air Force-committed senior Swift would sweep through singles.

Both did their job through two rounds with only one tight score on the doubles side: a 7-5 win by No. 1 doubles partners  Stila Fresenius and Caroline Allemann in the second round. Swift easily took her two matches, 6-1, 6-2.

Dana Hills led, 8-4, into the third and final round, but both of those top entries hit some struggles.

However, with only two points needed to clinch the match, their teammates stepped up.

Drae Fresenius and Megan Delery completed their sweep day in doubles, 6-2, and in what became a contentious match with an argued point, Malia Rivera and Claire Tamadon took their match, 6-1, to clinch the win for the Dolphins.