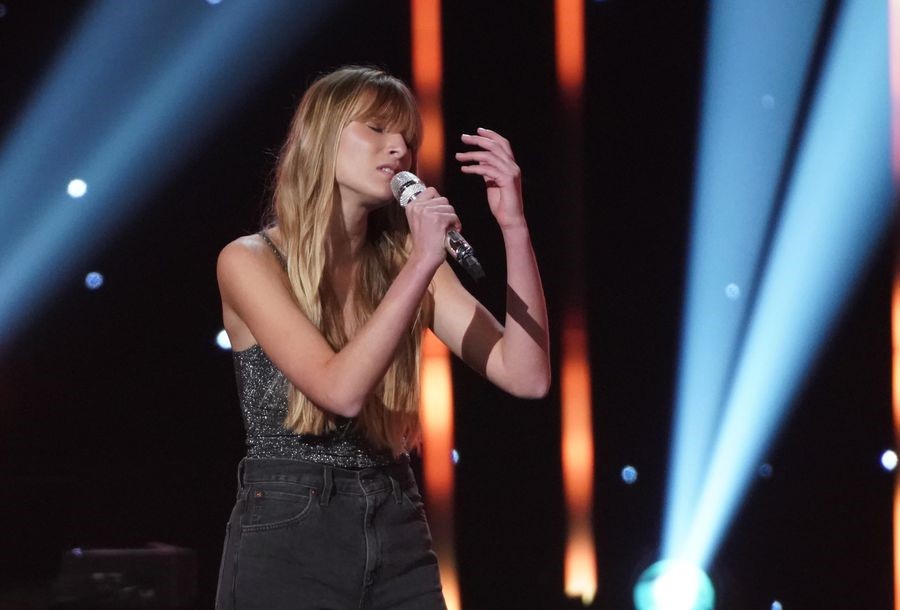 Ava August (Zaharek), a 15-year-old Dana Hills High School freshman, has progressed in to the top 24 round of American Idol after impressing the judges with one of her own original songs.

In a previous episode, August paired with Hunter Metts to sing a genre tune by Robyn, “Dancing on My Own,” in Calum Scott’s version. She and Metts, a 22-year-old indie-pop singer from Tennessee, decided to team up after meeting on the hotel rooftop, she says.

After the performance, however, the judges told them ‘no more playing it safe.’

“I decided to do an original song and it was a huge risk, because doing an original on the show can be very scary,” August said. “And so I just stayed true to myself and I kind of blocked out everything around me. I stayed with my roots.”

In the performance that aired Monday evening, on March 29, she decided to sing “Ghost of You,” written during the pandemic about eight months ago in her bedroom.

“I wrote the song about just a strong emotion I was feeling just like losing someone who you love dearly and them kind of leaving you… going away out of your life,” August said. “That’s what the song is about, how you’re left with the ghost.”

August performed her song without a band or backup.

“It was really meaningful. It means a lot to me and is very close to my heart,” August said. “So I performed that song and gave it my all. I put everything out there, I poured my emotions out.”

August’s mother Ava Zaharek acknowledged the risk in August’s choice to sing and play guitar on her own.

“Everyone else had a band behind them. And they were doing these big numbers and Ava just went out and bared her soul with a guitar,” Zaharek said. “It actually ended up being a great move because it was different. It showed her artistry.

Zaharek added that it was emotional to see her daughter’s performance, since she had watched August write both the song in her bedroom.

“I actually cried through the song,” Zaharek said. “To see the response of people being so kind and loving, the songs connecting with them, has been so cool.”

Prior to the pandemic, August would perform at local spots, like in Laguna Beach, farmers markets, and the Irvine Spectrum. She’s even sang the national anthem at an L.A. Kings game. But performing an original song on national television has been a highlight, she says.

“It was probably the best feeling I’ve had so far. It made me really emotional because it shows you that anything’s possible and that you can write a song and sing it to your walls one month and then in a split second can air on national television,” August said. “With millions of people hearing it and getting feedback from all these people, and so it was so crazy to me and just I’m so thankful that I had the opportunity to showcase something that was original and something that came from my heart and was so pure and true to me.”

The next episode of American Idol features contestants showcasing their talent by performing duets with surprise celebrity guests. It airs on ABC on Monday, April 4 at 8 p.m. pacific time.

Zara Flores contributed to this article.