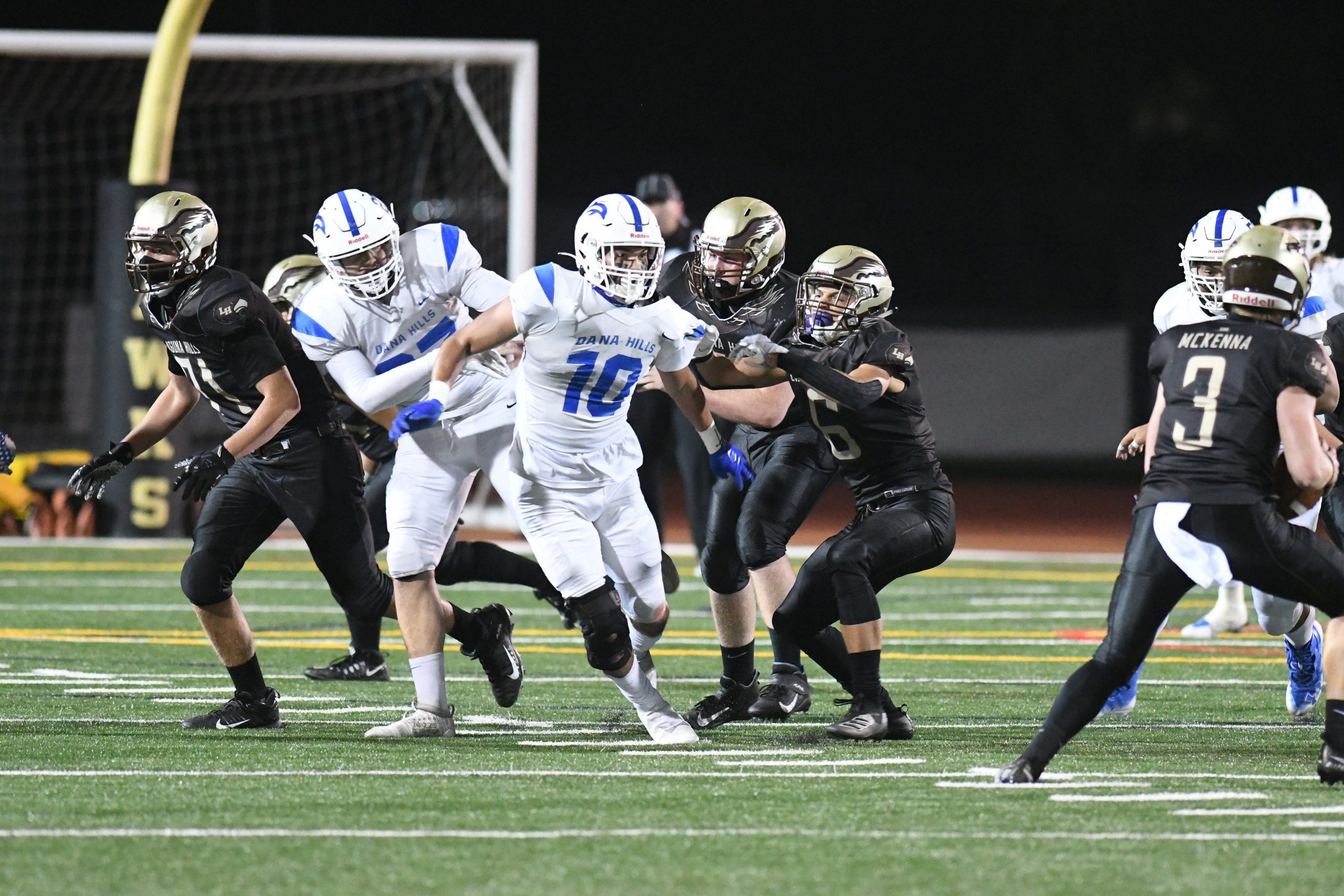 Dana Hills made the decision to move its football program from the Coast View Conference to the Pacific Coast League last season for some relief to try and build the program.

Despite that first season in the newly aligned Pacific Coast Conference being delayed twice and games shifted, the Dolphins seem to have gotten what they wanted and more, and they took that step toward more over an old foe.

Dana Hills outpaced Laguna Hills and held strong on a game-ending, fourth-down, goal-line stand to take the win, 32-24, in both teams’ Pacific Hills League opener on Friday, April 2, at Laguna Hills High School. Laguna Hills also moved from the Coast View Conference, but the Hawks left in all sports, not just football.

The win for Dana Hills (3-0, 1-0) and the subsequent cancellation of the rest of Northwood’s football season due to injuries has set up a Pacific Hills League title game for the Dolphins. Dana Hills will host Portola (2-1, 1-0), the last Pacific Coast League champion, on Friday, April 9.

If the Dolphins clinch the Pacific Hills League title, it will be their first since the school’s only football league championship—the 2012 Sea View League title—and the program’s first outright league title. The 2012 title was split three ways with Laguna Hills and Capistrano Valley.

To replace their season finale with Northwood, Dana Hills will take on Irvine on the road on April 16. Irvine’s season finale was also canceled after University decided to forgo the rest of its season due to injuries.

If Dana Hills beats Portola and Irvine beats Beckman on Friday, the game between the Dolphins and Vaqueros would set up to be a Pacific Coast Conference title game of sorts between the Pacific Hills and Pacific Valley League champions.

Dana Hills is now 3-0 in back-to-back seasons for the first time in this century, with last season’s 3-0 start being the first since 2004.