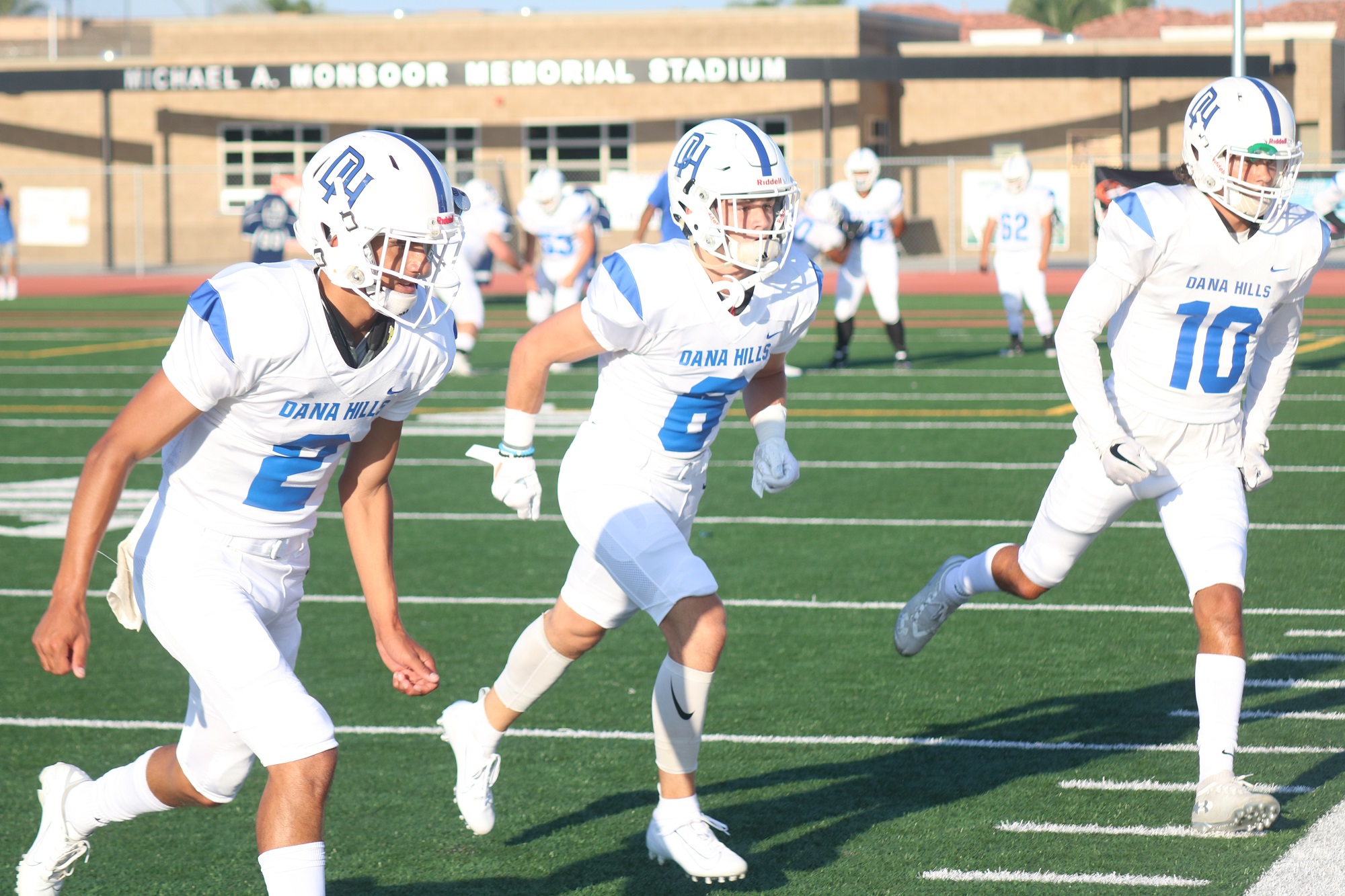 Dana Hills football will leave the Coast View Conference for the Pacific Coast League for the 2020-21 and 2021-22 school years, and Laguna Hills will follow suit in all sports in a proposal approved at an Orange County league alignment meeting on Monday, Sept. 9.

Dana Hills will remain in the Coast View Conference for all other sports.

“We’re happy in the conference in everything else,” Dana Hills athletic director Tom Faris said. “We’re going to continue to try and build the program, and we needed to get relief for a little while.”

This leaves the Coast View Conference, which is split between the Sea View and South Coast Leagues, with eight football teams for the next two-year cycle and nine teams in all other sports.

Currently, the Pacific Coast League is an all-Irvine, six-team league made up of Beckman, Irvine, Northwood, Portola, University and Woodbridge. The league will increase to eight football teams and possibly split into two divisions of its own with the additions of Dana Hills and Laguna Hills.

League affiliations in Orange County are reviewed in two-year cycles, and the Coast View Conference itself has a two-year period between shuffling teams between the “upper” South Coast League and “lower” Sea View League.

“In two years, there’s going to be a lot of things that change,” Faris said. Faris said there is a possibility for more football-only leagues, other new leagues or other single-sport leagues to be created.

“The next two-year cycle is going to be pretty interesting,” Faris said.

The proposal, which also swaps Katella and Western from the Orange League and Golden West Conference, respectively, garnered 76% of the approval vote.

The new leagues are set for approval at the CIF-SS Council meeting on Oct. 1. Appeals to the decision may be made at this meeting, but none are expected.

In the previous nine football seasons of the current Coast View Conference lineup, Dana Hills football has an 8-28 league record, with four seasons in the South Coast League and five in the Sea View League. The Dolphins won a Sea View League title in 2012 but have only won one league game in the past five seasons, 10-0 over Laguna Hills in 2017.

“I think it’s a good deal,” Dana Hills coach Phil Skinner said. “It’s made for competitive equity. We have some familiarity with that league, and the games we’ve played with that league have been pretty even.”

Dana Hills has scrimmaged against Woodbridge the past few years and scored a win over Northwood on Aug. 30, 35-28 in overtime. The Dolphins will also play Irvine for the second straight year on Sept. 20. Dana Hills had a two-game series with Irvine in 2012 and 2013, both Dolphin victories.

“These are going to be league opponents,” Skinner said. “That’s a pretty evenly matched setup, and that’s what you want. That’s what makes football fun.”