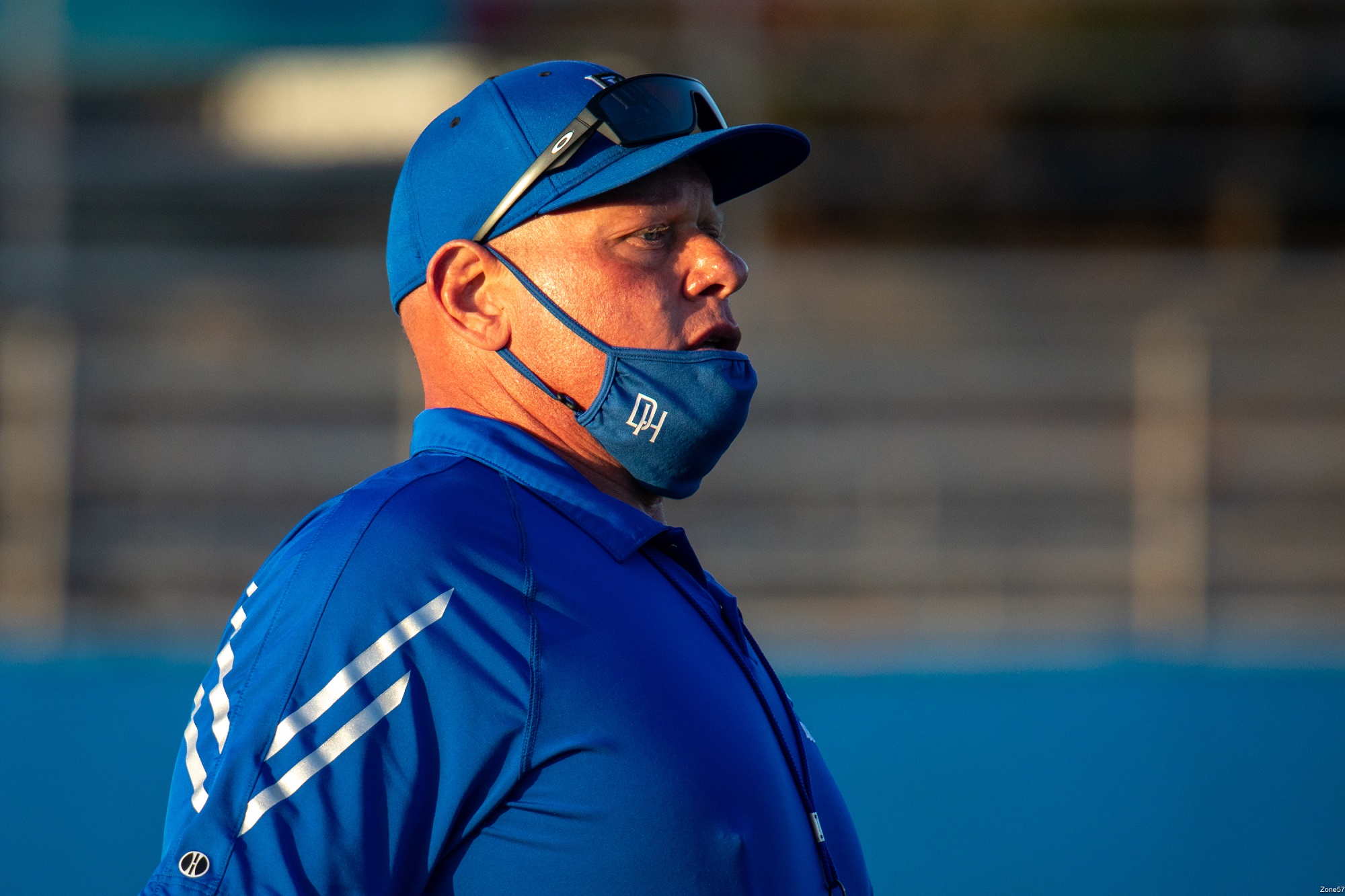 Skinner said he made the decision to step down to spend more time with his family of his 9-year-old daughter Stella, 6-year-old football player Zane and wife Somer.

“I’m proud of what I did here,” Skinner said. “I had 19 kids on the team when I got here. I’ve got them to where they are, and I feel pretty good about it.”

Skinner said he made the decision between the Dolphins’ banquet on Friday and Wednesday, when he met with the Dana Hills administration in the morning to inform them of the decision.

“I didn’t sleep much last night at all,” Skinner said of making the decision. “My son’s a football player, so I wanted to spend time coaching him. Taking a head coach role, I don’t get any of that. I don’t get the time to see my daughter’s swim meets or anything like that.”

“The drive is still there, but I wanted to take this time for my family.”

Skinner has been a football coach in Orange County for 24 years and had been a part of the Dolphins staff for the last 14.

“Phil is an asset to our school and our program,” Dana Hills athletic director Tom Faris said. “I understand where he’s coming from, especially with my own job (as baseball coach) and not being at home. Phil was positive about his decision and he’s willing to help the new coach out.”

The Dolphins were a collective 15-40 in Skinner’s six seasons as head coach, but the overall number is not indicative of where the Dana Hills program has grown.

“I had 29 scholar athletes on the team this year,” Skinner said, “that’s the most ever. I’ve instilled the academic portion into their brains. I think they’re listening. I’ve taken this team from an ‘0-fer’ to a successful team, a co-league title. I feel proud. We’ve pushed it forward. The program has grown.”

Skinner was most proud of how the community support for the program has increased over his tenure, showing that the program has become something people want to be associated with. Skinner also looked most fondly on the relationships built with his players, especially the seniors.

“I always remember the last games with the seniors,” Skinner said, “and the heartfelt memories you share with those players, especially the ones that were there from the beginning. Giving those seniors the final hug goodbye and thanking them for all they’ve done for the program and the school. It’s culmination of my teaching with them. I teach them football, but I also teach them life. That’s a time I feel good about sending them off into the world.”

Skinner will remain a special education teacher at the school, as he said that its his career and what he loves to do. Skinner also stressed that he loved coaching and would be willing to be an assistant or lower level coach and help the new coach transition into the program.

Dana Hills offensive coordinator Curtis Madden had been elevated to co-head coach this season, but Faris said the job is a clean slate and open to anyone wishing to apply, whether they’re a current coach in the program or outside the program. Faris stated the administration needs to find the best candidate for the position.

“We need to find someone that can continue Phil’s legacy of positive energy,” Faris said. “That’s important for our students, and that’s what they appreciated about him the most.”

Faris said the job opening would be posted officially on Thursday, April 29.