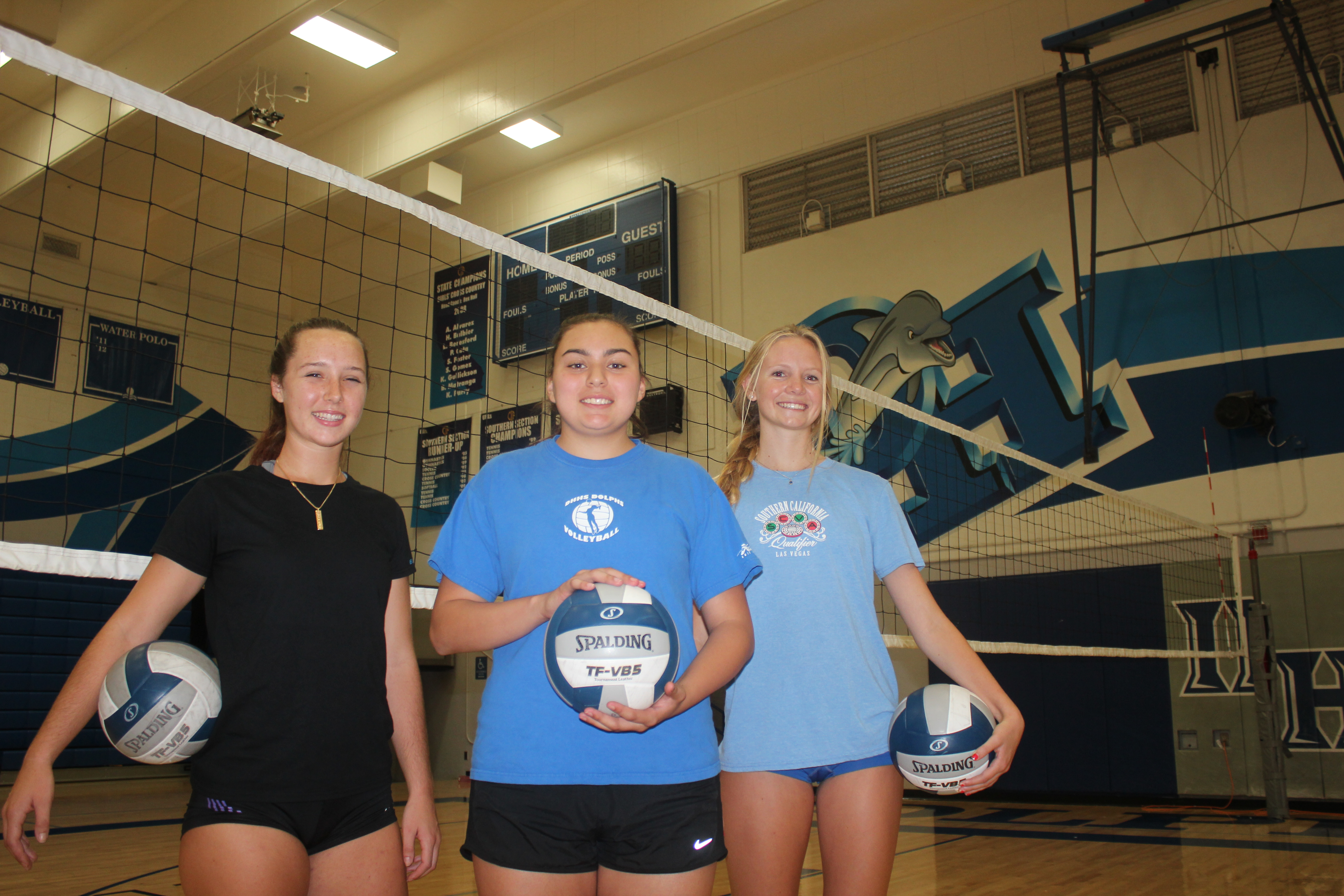 Dolphins take to the courses and courts

For in-game updates, scores, news and more for all of the Dolphins fall sports programs, follow us on Twitter @SouthOCsports.

Last Season: 12-20 overall. Placed third in league and advanced to the first round of the CIF-SS Division 1AA Championships.

Seven games into their season and the Dana Hills girls volleyball team has been in the thick of their matches. They have only one win to show for their efforts, but head coach Mark Rivadeneyra believes that the breakthrough will happen soon.

Rivadeneyra, who is entering his second season at the helm, likened the start of the Dolphins season to the heatwave that swept through the southland last week. At the Dave Mohs Tournament, which ran Sept. 11-12, the Dolphins went 1-3 in pool play. Six of the 10 total sets the Dolphins played in were decided by three points or less and the Dolphins, by way of unforced errors and the occasional bad bounce, found themselves on the wrong side of those close games.

Three of the Dolphins first seven opponents were ranked inside the CIF-SS Division 1AA top-10.

“Like the weather, (bad breaks) are going to happen. The heat wave is going to go away,” Rivadeneyra said. “It’s those little things. It can’t stay like this. I have the confidence that we’ll turn it around.”

The Dolphins return four starters from last year’s team and are loaded with talent at the outside hitter position. Leading the outside hitters will be senior Ayla Fresenius, who paced the team with 142 kills as a junior. Senior Cicley Bunker, who was second on the team in kills last year, also returns to the position.

The Dolphins will have a tall front line at their disposal this year. Seniors Cameron Maris and Emily Likins and sophomore Rosie Ballo all stand at 6 feet 1 inch or taller and all three will play middle blocker or opposite. Fresenius, who stands 6-1, will add to the Dolphins imposing front-line size.

Senior setter Serena Arriola is dealing with a leg injury, the extent of which is not known. With Arriola sidelined, freshman Drae Fresenius has stepped in and is logging major minutes. Junior Nicole Hughes, who Rivadeneyra said has been the team’s most improved player, will play libero.

Last Season: Tied for first-place in league and advanced to the second round of the CIF-SS Division 1 Championships

Depth is the name of the game for the Dana Hills girls tennis team heading in to the 2015 season. The Dolphins return four main contributors from their 2014 lineup and have benefited from a freshman, Courtney Swift, who has stepped into the role of the team’s top singles player.

Because of their depth, Dolphins head coach Justin Green said the team’s singles and doubles lineup could look different on any given day, making them a tough matchup.

Ayla Fresenius, Jacklyn Melkonian, Dana Mackensen and Emily Gorczyca all return and on Sept. 16 in a match against Mira Costa, all four played in the doubles lineup.

“Our depth is definitely our strength … we have the same depth (as last year) and the top of our lineup is probably a little bit better,” Green said.

The Dolphins will look to get past rival San Clemente in the South Coast League. The two programs dueled to a draw at the top of the standings in 2014 and, just like the Dolphins, the Tritons return a veteran-heavy team this season.

By all measures, the Dana Hills boys cross country team had a successful 2014 season. The Dolphins blew away the field in league competition and placed second at both the CIF-SS Div. 1 Championships and at the CIF State Meet. With six of the team’s top-7 runners from last year returning, head coach Tim Butler expects the team to pick up where they left off one year ago.

With so many veteran runners who are used to competing in the big races at the end of the season, Butler has focused on slowly ramping up his runners’ training sessions so the Dolphins peak mid-season, not in the early going. It is essentially the same approach to training they used last season, but it is not without a few tweaks.

“We have a higher bar this year … the biggest thing is the expectation level. We want to go a little bit further than we did last year,” Butler said.

The Dolphins return a deep and experienced lineup, led by Jake Ogden and Mason Coppi, two seniors who have put together standout high school careers alongside one another.

Rising sophomore Jack Landgraf, who placed 33rd at CIF-SS in 2014, juniors Thomas Wilfert and Brandon Hough and seniors Matt Konopka and Colin Stein return. The group is battle tested and proven, which Coppi believes adds a dynamic to the team’s training sessions.

“We’re constantly pushing each other (in training) and I think that’s another big key thing that’s going to propel this group forward,” Coppi said. “We can all push each other even though some of us vary in speeds.”