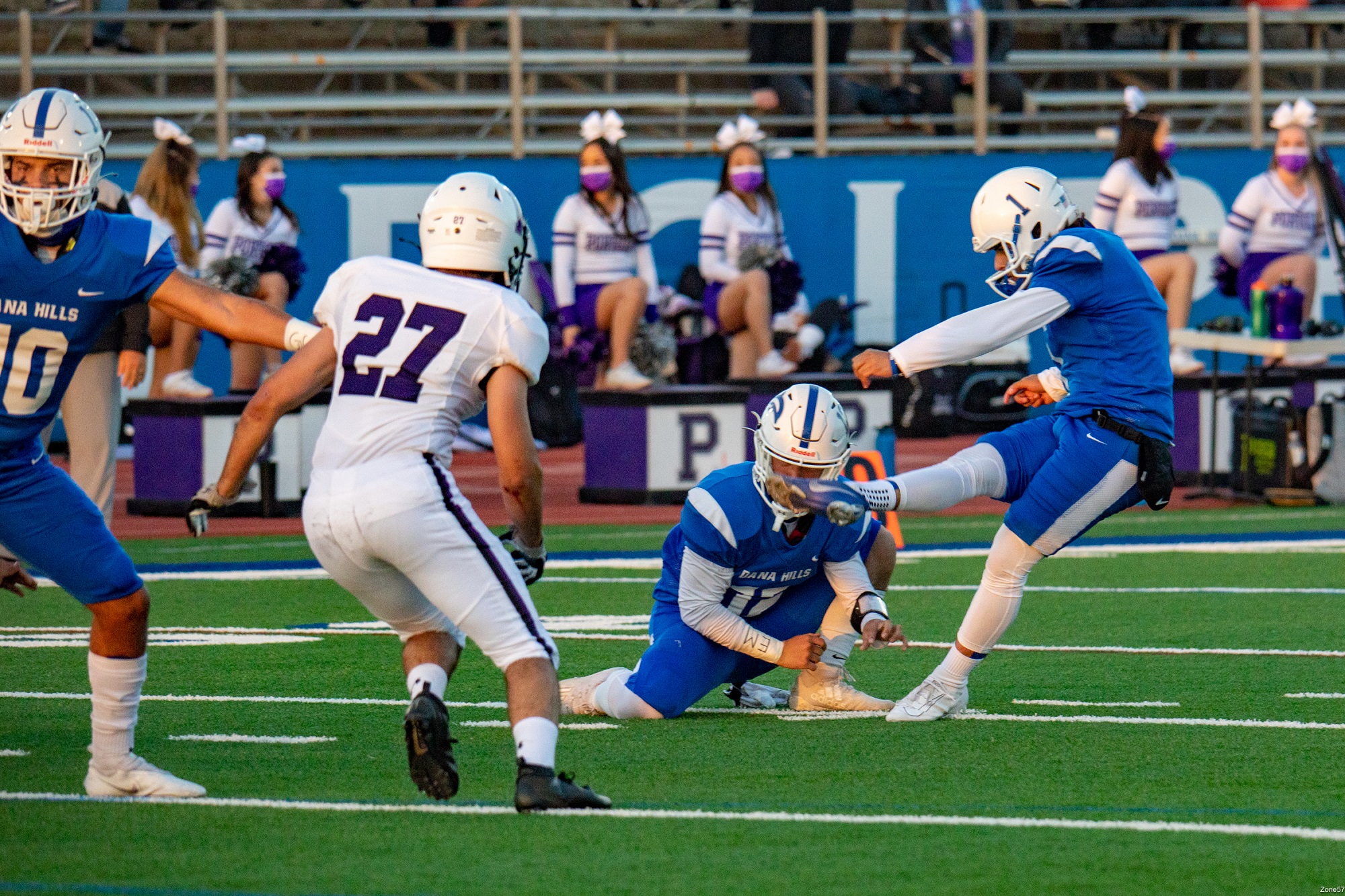 The first season of the Pacific Hills League was incredibly tight, with all three of the league’s games coming down to game-ending, goal-line stands and a combined margin of victory of 15 points.

For earning a slice of the league title, Dana Hills’ first since 2012 and only the second in school history, the Dolphins earned their share of recognition in the league awards.