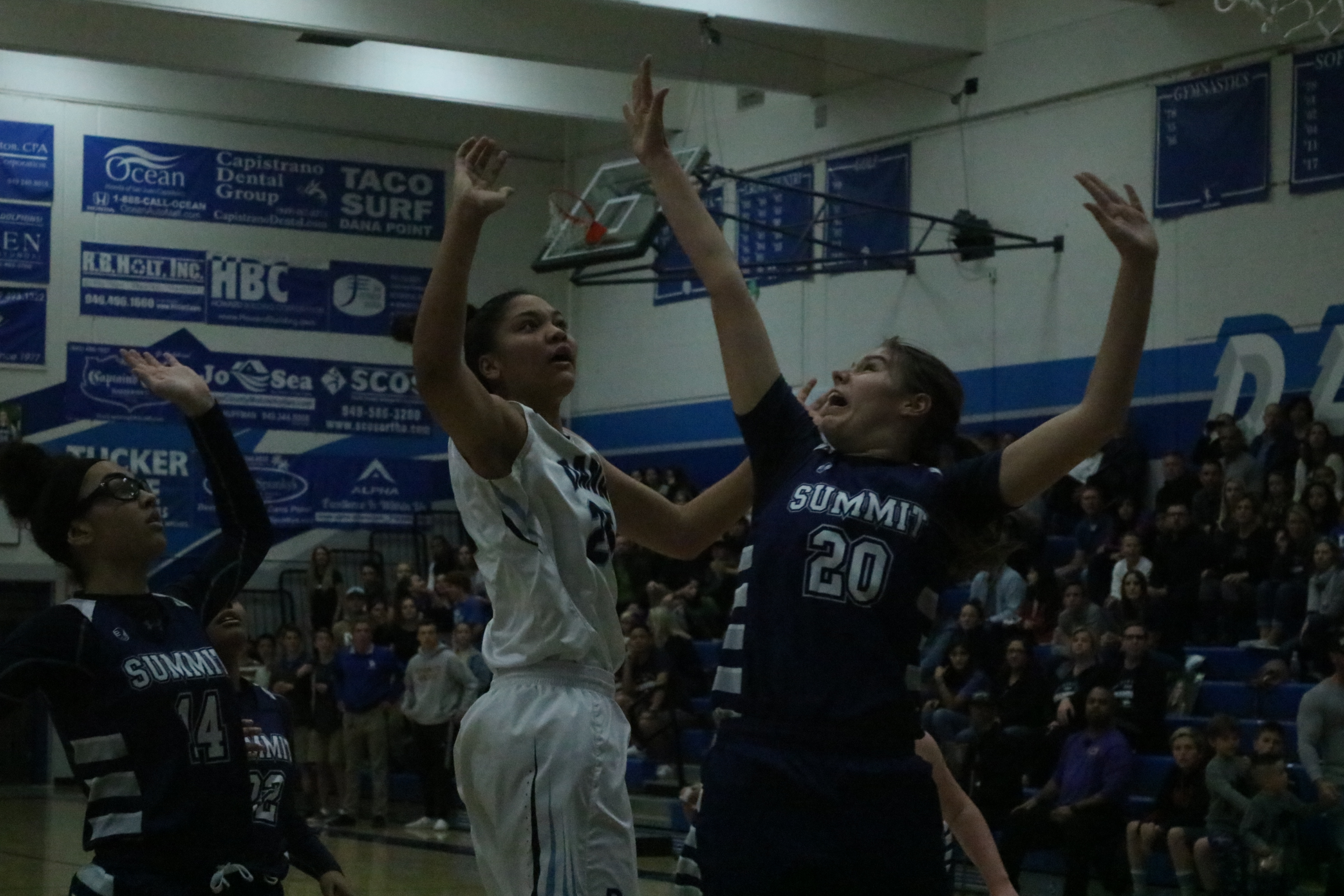 DANA POINT – The Dana Hills girls basketball team was locked in a battle with Summit of Fontana on Saturday night.

Each team fought through swings in the first half with a tied score at halftime and essentially traded baskets throughout the third quarter.

Dana Hills grabbed the lead to open the fourth quarter, and then suddenly and inexplicably, the energy was sucked out of the Dolphins.

Summit went on a 21-0 run in the fourth quarter to pull away and defeat Dana Hills, 64-49, in a CIF-SS Division 2A second-round game at Dana Hills High.

“Nothing would go in,” Dana Hills coach Anne Honey said. “Normally, in the fourth quarter is our explosion quarter, and we couldn’t buy a basket. We were getting opportunities, but we just couldn’t put the ball through the basket.”

Dana Hills (17-9) won its first league title since 2013 and its first outright league title in program history. The Dolphins had a first-round bye but lost in their first playoff game for the third straight season.

“The girls fought, really hard,” Honey said. “It’s been a great season. Focus on that one game doesn’t define your season. It’s just not the result we wanted.”

The Skyhawks played tight and physical defense that led to turnovers and occasionally frustration of the Dolphins.

“We knew that they were a up-in-your-face, tough team,” Honey said. “The third quarter, we came out and had like seven turnovers. Those numbers just work against you, which isn’t like us.”

Summit held an eight-point lead after the first quarter, and Dana Hills made a nine-point run to take the lead in the second quarter. The teams were tied at 24 going into halftime.

Maya McArthur was a force for Dana Hills down low to lead the team in points with 17 and racked up numerous rebounds and few blocks.

“She was amazing at the rim,” Honey said. “She just kept taking it and taking it. She had a great game.”

Olivia Chambers hit a three-pointer while fouled to give Dana Hills the lead on its first shot of the fourth quarter, and Maicie Saia made two free throws to put Dana Hills up, 42-39.

Then it just stopped for the Dolphins.

Summit took over by converting its opportunities and racking up fouls on Dana Hills. As the game wound down, the Dolphins started playing the foul game and Summit sank nearly all of its free throws down the stretch to push the lead out.

Laila Walker led the Skyhawks with 23 points and made 12 of her 13 free throws in the game including nine of 10 in the fourth quarter.

Summit hosts Righetti in the quarterfinals on Feb. 21.