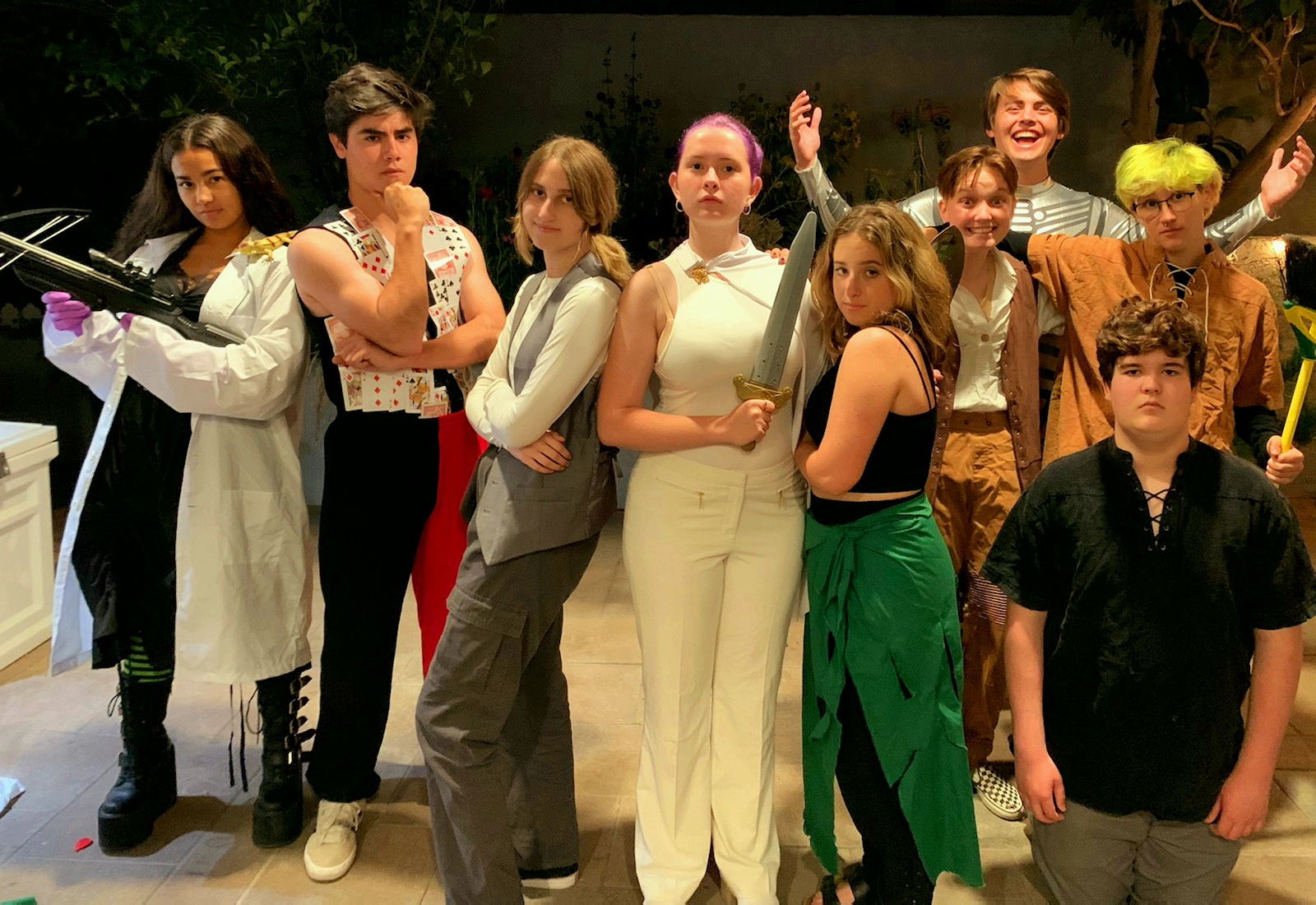 A play about aliens and their robot companion crashing onto Earth amid medieval times in Europe may be one of the most theatrical returns to maskless, live-stage performances at the Camino Real Playhouse.

The Tools of a Jester, a comedy co-written and co-directed by Riley Lenthall and Evan Gordon, aims to poke fun at bizarre, yet real traditions and events of the Middle Ages, while telling the story of how the main characters’ attempts to return home inadvertently impact history.

Lenthall, a 17-year-old Dana Hills High School student, and Gordon, a recent graduate from Dana, first began developing the play in December 2020. Now, The Tools of a Jester comes to Camino Real Playhouse on July 16-17 and July 23-24.

But why aliens? Why medieval times?

“We wanted to pick a period of time where something like aliens crashing would drastically shift the course of humanity,” Lenthall said.

“We also agreed that medieval people would have the best reaction to aliens,” Gordon added.

The Tools of a Jester playfully alludes to real-life moments in history, including animals being tried in court for crimes and the human tendency to associate magical or God-like powers unto the unknown.

For Lenthall, The Tools of a Jester will be his writing and directorial debut. In 2019, he first took to the stage after auditioning for Dana Hills’ summer musical Seussical Junior—where he met Gordon. Having been casted within the same year in Gordon’s play Souvenirs—which was also performed at Camino Real Playhouse—Lenthall approached Gordon with the idea to team up for a play.

“I knew I wanted to create something, but I had no prior experience,” Lenthall said. “Gordon had that experience, so we were able to build off of that while still exploring my own ideas.”

The co-directors say they each overcame refocusing their different creative directions throughout the play’s development, but both Gordon and Lenthall agreed from the start that they wanted this play to be performed by a maskless, vaccinated cast.

“We knew we wanted to get back to normal,” Gordon said. “There’s a level of separation when people are in masks. The audience can’t see what their faces convey. The cast can’t project their voice and tone.”

Gordon says he learned from experience after putting on a COVID-proof play in his backyard that implemented masks and distancing.

“This play is really the perfect way for the community to come support theater kids who didn’t get to do any theater for the last year,” Gordon said.

The Tools of a Jester comprises of a nine-person cast and five-person creative team—all current or former Dana Hills students.

Camino Real Playhouse is located at 31776 El Camino Real, San Juan Capistrano. For more information, call Lenthall at 949.424.9661 or visit caminoplayhouse.org. To purchase tickets, find the event page by searching “The Tools of a Jester” on eventbrite.com.