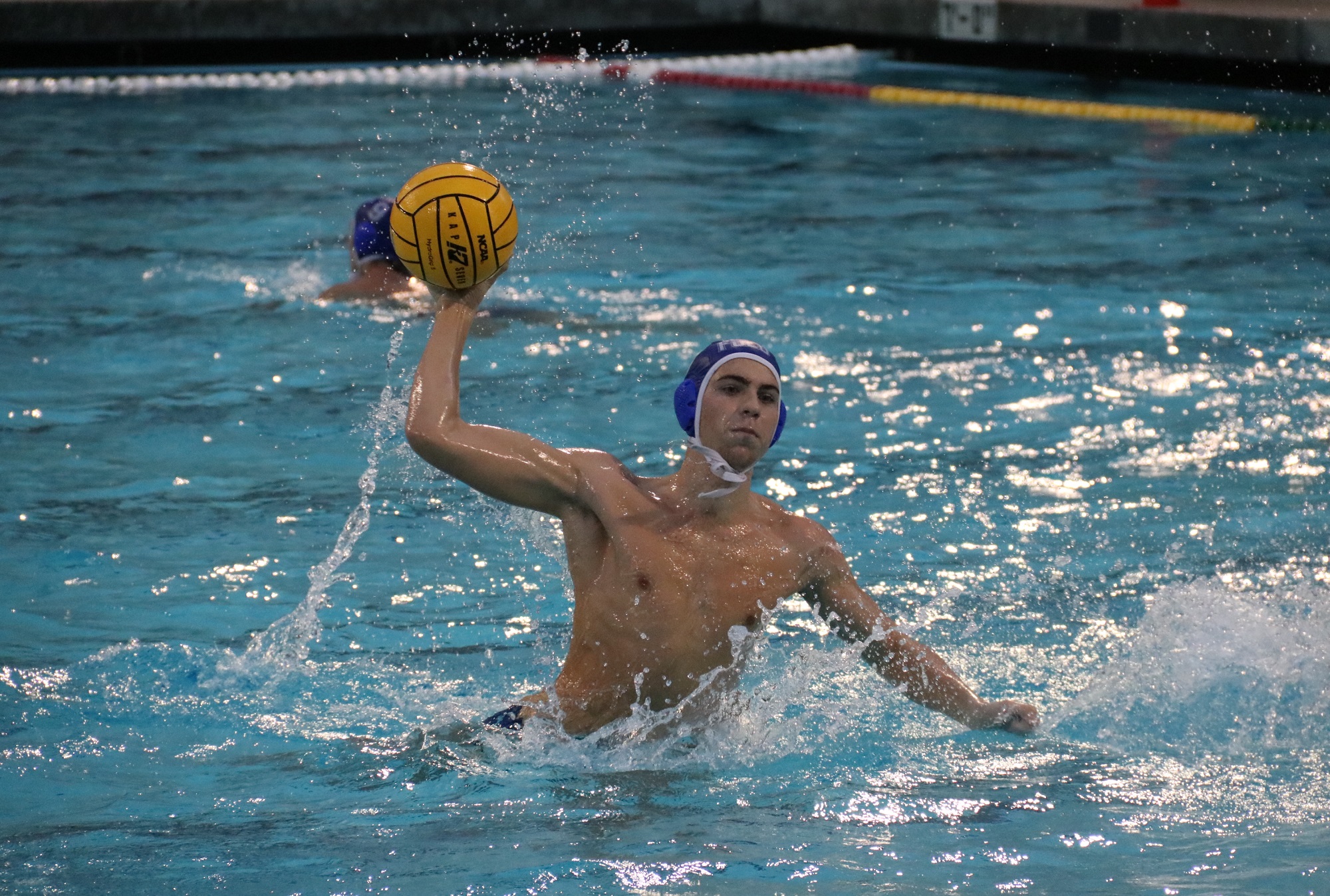 SAN JUAN CAPISTRANO – It wasn’t the Dana Hills boys water polo team’s best in Tuesday evening’s playoff opener, but the No. 2 seed Dolphins got enough to get by and into the second round.

Dana Hills gave up the lead twice in the second half of a low-scoring affair, but the Dolphins got a penalty shot goal from Jonah Vander Veen and a perfectly placed loft by George Wilfert to hold off visiting Edison, 6-4, on Tuesday, Nov. 1, at San Juan Hills High School.

“I thought we were nervous,” Dana Hills coach Kenny Yamamoto said. “We never got into our sets. I didn’t feel like we put pressure on them in transition. We missed a couple easy outlets. Not converting on couple six-on-fives, a five-meter. Not playing Dana Hills water polo. We got, I don’t know if ‘saved’ is the right word, but we got saved by transition and mistakes on their part.”

Dana Hills (12-14) will now go on the road to Redondo Union for the CIF-SS Division 2 second round on Thursday, Nov. 3. Redondo Union erased a four-goal halftime deficit to win in overtime, 13-10, at Roosevelt of Eastvale on Tuesday.

The Dolphins will play outside of their own pool for the entirety of the CIF-SS playoffs. The pool at Dana Hills has a shallow warm-up area that extends just enough into the field of play to make the playing area unfit for CIF-SS standards. As such, Dana Hills played this first round at San Juan Hills. San Clemente, the top seed in Division 2 and South Coast League champion, will also do the same, with their second-round game at Capistrano Valley High School instead of their own pool.

Dana Hills controlled the scoreboard early, as Vander Veen scored his first of two five-meter penalty shots in the game and Josh Pasion cut in on the rush and put the Dolphins up in the first quarter, 2-0.

The Dolphins had every opportunity to extend their lead with a man-up opportunity and shots off the post and cross bar into the second quarter. Edison got on the board with 34 seconds left in the half, and Dana Hills had a chance to get it right back on a penalty shot. However, Vander Veen’s attempt got blocked.

The Dana Hills struggles continued in the third quarter with post after post and save after save. The Dolphins did get a bolt of electricity with a quick-pass sequence from Vander Veen up top to Wilfert low and wide to Jack Hayes in the middle, who slammed home a goal for the two-score lead, 3-1.

The good feelings were short-lived as Edison erased that lead in the final minute of the quarter with a five-meter penalty shot and a drifting shot from distance for two scores in 40 seconds to tie the game, 3-3, into the fourth.

In the fourth quarter, the Dolphins got their spark in transition, as Wilfert grabbed a steal, pushed down the pool and stuffed the ball into the net to put Dana Hills back up, 4-3. On the next possession, Wilfert nearly pulled off the same exact play but was stopped.

Two minutes later, Edison came back with a six-on-five goal to level the game once more, 4-4.

As the clock wound down, Dana Hills earned another five-meter penalty opportunity, and Vander Veen stepped up. The senior rose and fired to the right side of the net to put Dana Hills back on top for good, 5-4, with 1:14 remaining.

“We really have a lot of grit, a lot of integrity,” Vander Veen said. “Everyone is always working hard, and no one ever gives up. Last quarter, everyone knows we’ve got to get the job done, and we just go out there and do it.”

On the next Dolphins possession, Wilfert iced the game with a desperate shot as the shot-clock buzzer sounded. Wilfert went soft, high and over the goalie to the far corner to nail down the win, 6-4.