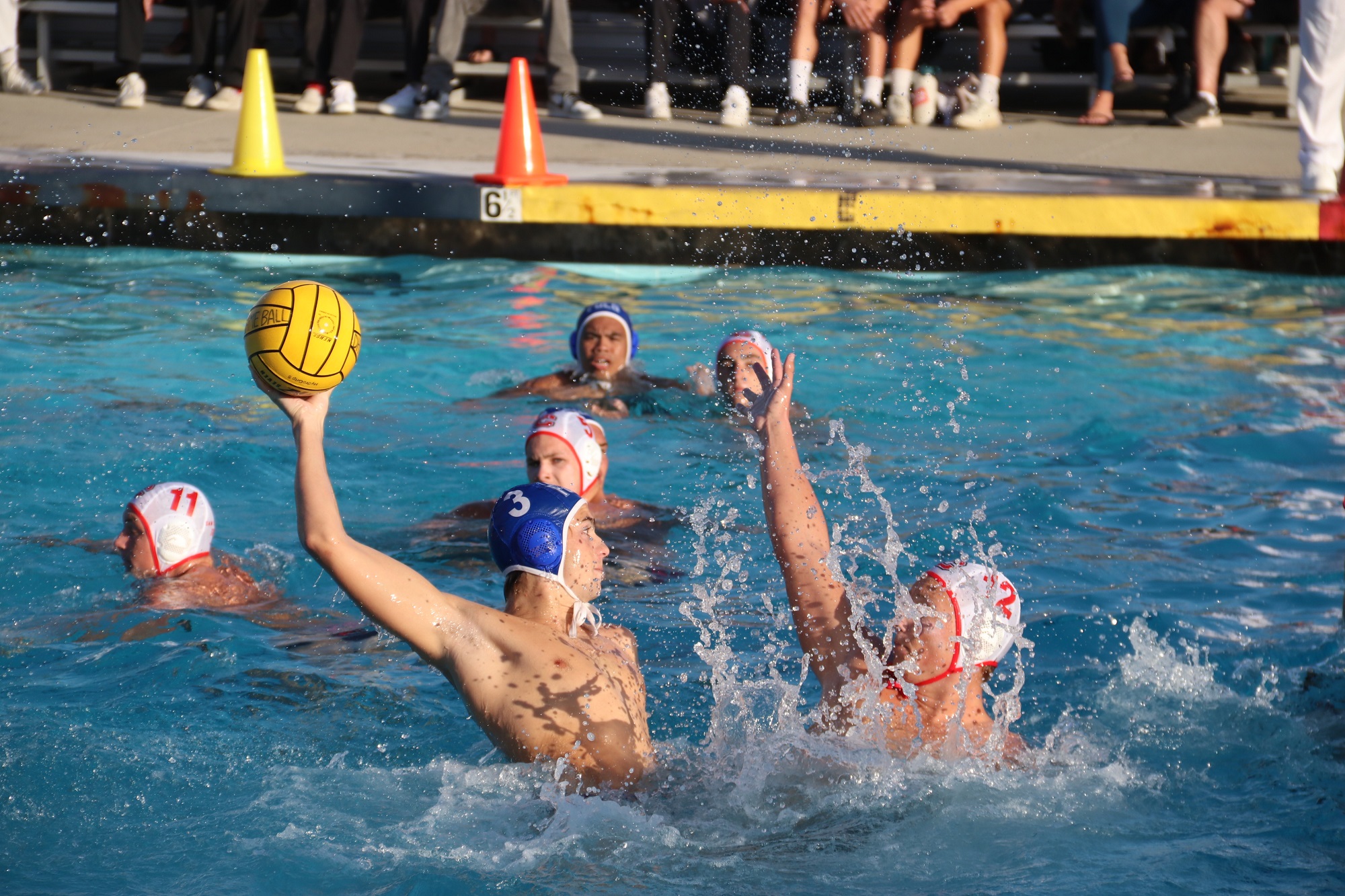 It was the biggest game in recent history of the long-standing San Clemente-Dana Hills water polo rivalry on Tuesday, Oct. 4, at Dana Hills High School.

As usual, the two teams were favored to be at the top of the South Coast League. The teams were also fighting for CIF-SS placement, as the Tritons came into the match No. 1 in Division 2 and the Dolphins No. 4 in Division 2. Additionally, the last time the two teams met last season, Dana Hills snapped a nine-game San Clemente winning streak in the rivalry to share the league title.

Tuesday’s match was big, and it lived up to the billing.

After a defensively sound but offensively frustrating first half, San Clemente found its groove with five goals from senior Cross Viter in the second half, and the Tritons surged back to defeat Dana Hills, 8-5, and gain a big edge in the South Coast League.

“I thought we had our opportunities early, and it just kind of wasn’t clicking,” San Clemente coach Logan Powell said. “We played solid defense the whole game, and that kept us in the mix. We always talk about playing hard in the pass and getting in the lanes is going to pay dividends in the second half, as far as wearing them out and our opportunities will come. We stayed the course.”

Dana Hills looked in control throughout the first half with strong denials of San Clemente in the middle and two first quarter goals from seniors Jack Hayes and Jonah Vander Veen. However, the Dolphins couldn’t capitalize on their solid defense for a bigger lead.

“I thought we did such a good job of creating opportunities,” Dana Hills coach Kenny Yamamoto said, “and then bar out, hitting the goalie in the chest, blocked by the goalie. We had ample opportunities, even in the second half. We seemed to find the goalie more than we did the back of the cage.”

As Viter went, the Tritons went on Tuesday. Despite scoring San Clemente’s only goal in the first half on a 5-meter penalty shot, Viter had no shots and five turnovers in the first half. Viter turned himself and the Tritons’ fortunes around in the second half.

“Without us scoring on offense, it produces a little more fire,” Viter said. “Going into the second half, I was pretty fired up, pretty angry. Don’t want to lose to crosstown rivals, of course.”

Dana Hills led, 3-1, midway through the third quarter with another goal by Vander Veen, but Viter scored back-to-back goals with a top-right-corner snipe and another penalty-shot goal to tie the game, 3-3. Dana Hills scored on a ricochet goal from Vander Veen with 47 seconds left in the quarter, but Viter scored on a cross-cage pass 15 seconds later to remain tied going into the fourth quarter.

San Clemente dominated the fourth with two goals by Viter and a goal each from senior Ray Hickman and Rusty Demoss. Dana Hills got a goal from junior Josh Pasion to cut the game back to a one-goal margin, 6-5, but San Clemente nabbed the final two goals to pull away.

The Tritons and Dolphins lock up again at San Clemente on Oct. 20, but in a tougher than usual South Coast League, the circumstances could be much different for that second round. San Clemente is 2-0 in league with a win over San Juan Hills, but Dana Hills is now 1-2 with a win over El Toro and a loss to Capistrano Valley, which is ranked No. 4 in Division 3.

“We’re in a must win situation right now, with losing to Capo,” Yamamoto said. “We’ve got to be top three in league. It won’t matter what we’re ranked in CIF if we don’t come out top three. We’ve got to do some work.”

The week of that San Clemente game will be make or break for the Dolphins, with Dana Hills going to Capistrano Valley on that Tuesday, Oct. 18, before going to San Clemente on Thursday, Oct. 20.