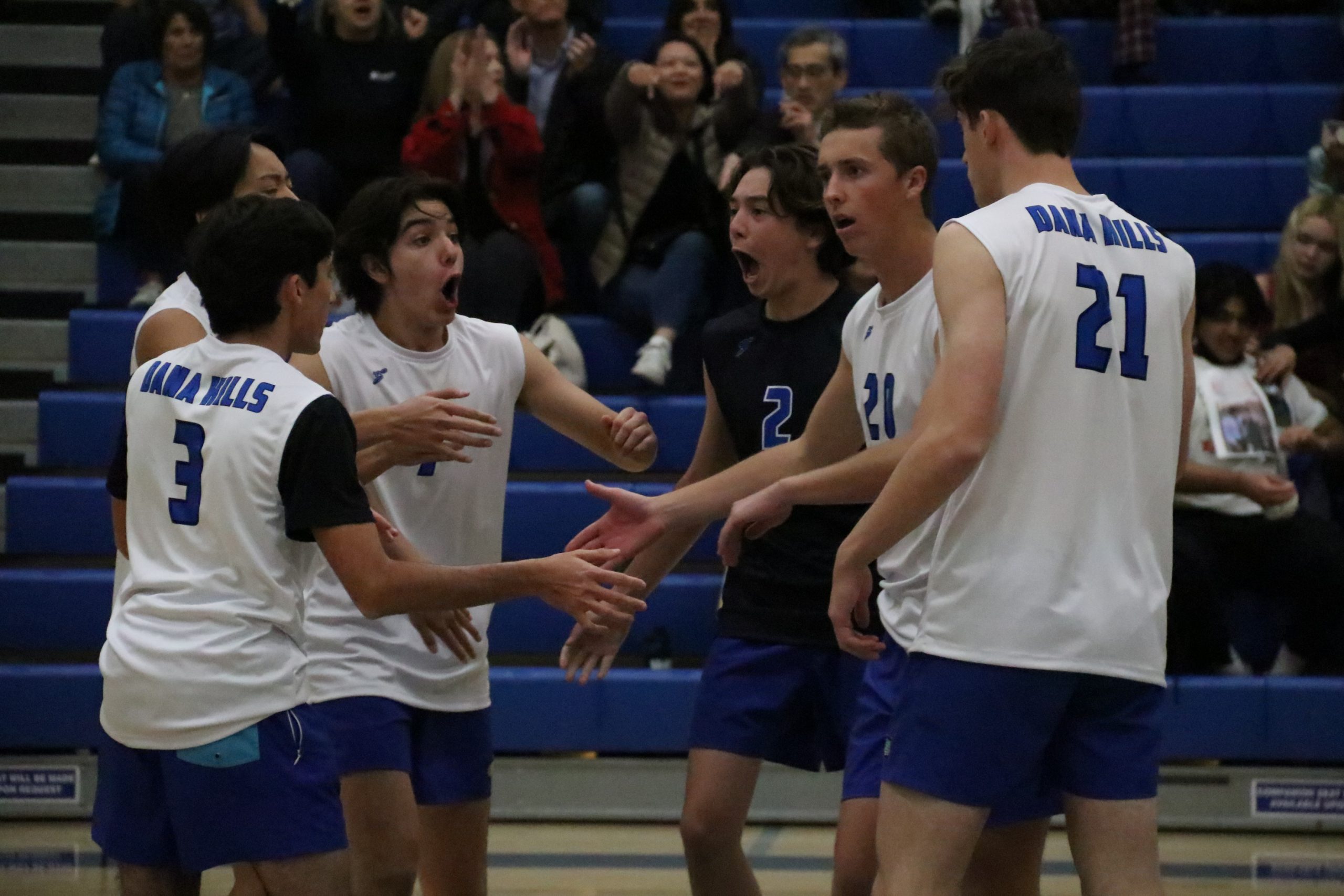 It’s been a rough couple of seasons for the Dana Hills boys volleyball team.

In 2020, the Dolphins were 12-4 before the shutdown and cancellation of the rest of the season due to the COVID-19 pandemic. A sweep victory over Sage Hill on March 10 was the Dolphins’ last match of that season. It would also be Dana Hills’ last victory over the next two years.

When head coach Emilie Austin took over prior to last season, she knew there would need to be some rebuilding, but she did not anticipate this. Dana Hills did not win a single set in the 2021 season, and now into 2022, the Dolphins’ losing streak is at 17 matches. The Dolphins (0-7, 0-2) are also down to 11 players after beginning the season with 18.

“We don’t have a ton of club players at this school. It’s a lot of boys that are just trying it out for the first time,” Austin said. “We’ve had some of our more experienced players and better players who are not eligible to play, unfortunately, so that’s been a major setback for us.”

However, that hasn’t dampened the spirit of these Dolphins.

Dana Hills was able to win a set in its first match of the season, something Austin said the boys celebrated after going through the entire 2020 season without one. In subsequent matches, the Dolphins have kept their heads up and brought energy to every match, despite the results.

“I think that we’re a team that thrives on our fighting spirit and our desire to play,” Austin said. “They’ve done a really good job bringing out their friends to try and help rebuild the program. We have a lot of boys that don’t have a lot of experience, but have a lot of passion and are eager to learn.”

That was evident in Dana Hills’ latest match against South Coast League-leading San Clemente on Tuesday, March 23. Despite the Tritons dominating the first two sets, 25-12 and 25-14, Dana Hills came out with vigor to open the third set.

The Dolphins led early in the set and played to an 11-11 tie midway through. While San Clemente eventually clamped down to take the win, the Dolphins didn’t go away in a 25-23 final set.

It’s that energy that Austin hopes to see the rest of the way.

“I’d love to see them never give up and always have fun, that same amount of fun we had the first day of practice,” Austin said. “They’re a really, really good group of boys, probably the best group of kids I’ve coached anywhere. They have great integrity, they fight hard, they love each other on and off the court. I hope that they can maintain that no matter what.”

Dana Hills is next in action at home against Aliso Niguel on Tuesday, March 29.