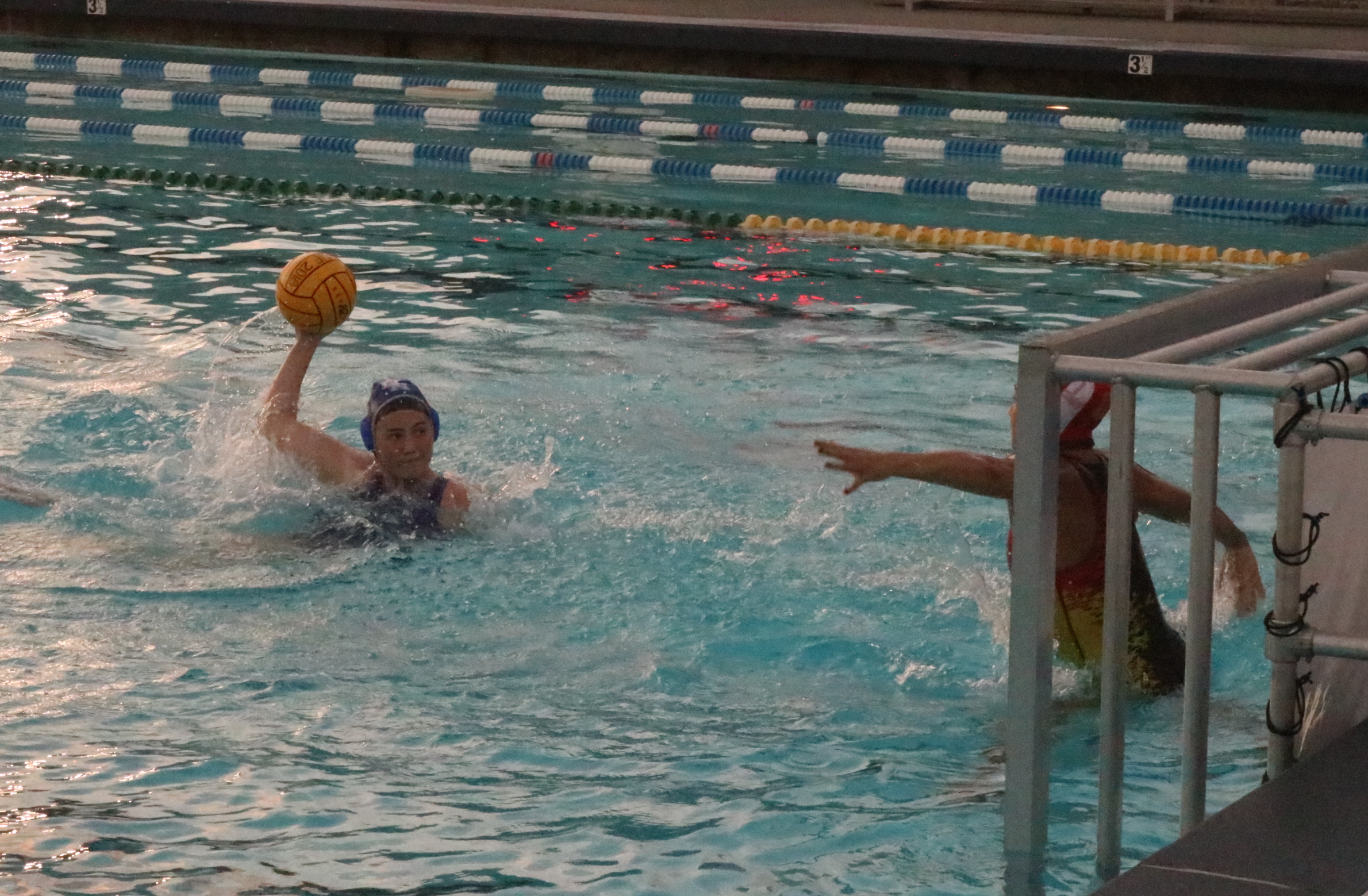 “We’ve all been working very hard this season,” Bellavia said. “I’m super proud of my team. We’ve always had this essence that we’re very capable of doing what we do. We play competitive teams all season. I’m very excited for us, and we’re hoping to get that ring at the end of this CIF-SS.”

Right from the start, Dana Hills worked quickly to get the ball deep in front of the goalmouth. Reznicek was the recipient and put away two early strikes.

“Sometimes we struggle with setting the tone early,” Dana Hills coach Carrie Pierce said, “and we’re working a lot with Julia on being able to control the ball in two meters and put it away. For her to score the first two at two meters set the tone and gave us that momentum and pumped the girls up.”

Palm Desert got one back before the end of the first quarter, but in the second quarter, the Dolphins hit the gas.

Dana Hills scored fast and on the move with a 5-0 second quarter for a 7-1 halftime lead.

“We had girls countering, spent a lot of time working on that,” Pierce said.

Bellavia’s two goals scored in the second quarter also came from in close with Palm Desert defenders draped all over her.

“It’s almost like a sense of calm when you have all that pressure on you,” Bellavia said. “You have to just focus in and say, ‘okay, just go back to your fundamentals, know that the ball is still in your hand and know the girls are all over you and they’re usually all over you if you get the ball, which means you have a shot open, it means you’re a threat and you just have to take it.’”

Bellavia scored another two of Dana Hills’ five third-quarter goals and added a fifth in the fourth quarter.

Dana Hills scored four goals in the fourth quarter to close out the 16-5 win.

Dana Hills now has the challenge of playing on back-to-back days, but their recent schedule has the Dolphins prepared.

“I feel really confident with these girls,” Pierce said. “We played four back-to-back games last week. Our pool broke down so we had to shift games around … We’re ready. We’ve got a strong group of girls that are willing to fight for it.”

This wild card victory is a big confidence boost as the Dolphins look to fight through Division 3.

“I think we’ve been really under-ranked, to be honest,” Pierce said. “Our division is so spread out geographically. Not a lot of these teams play each other. There’s only a few O.C. teams in this division. They could rank (the Inland Empire and Los Angeles teams), but not necessarily see where we match up. I think we’re going to go far.”