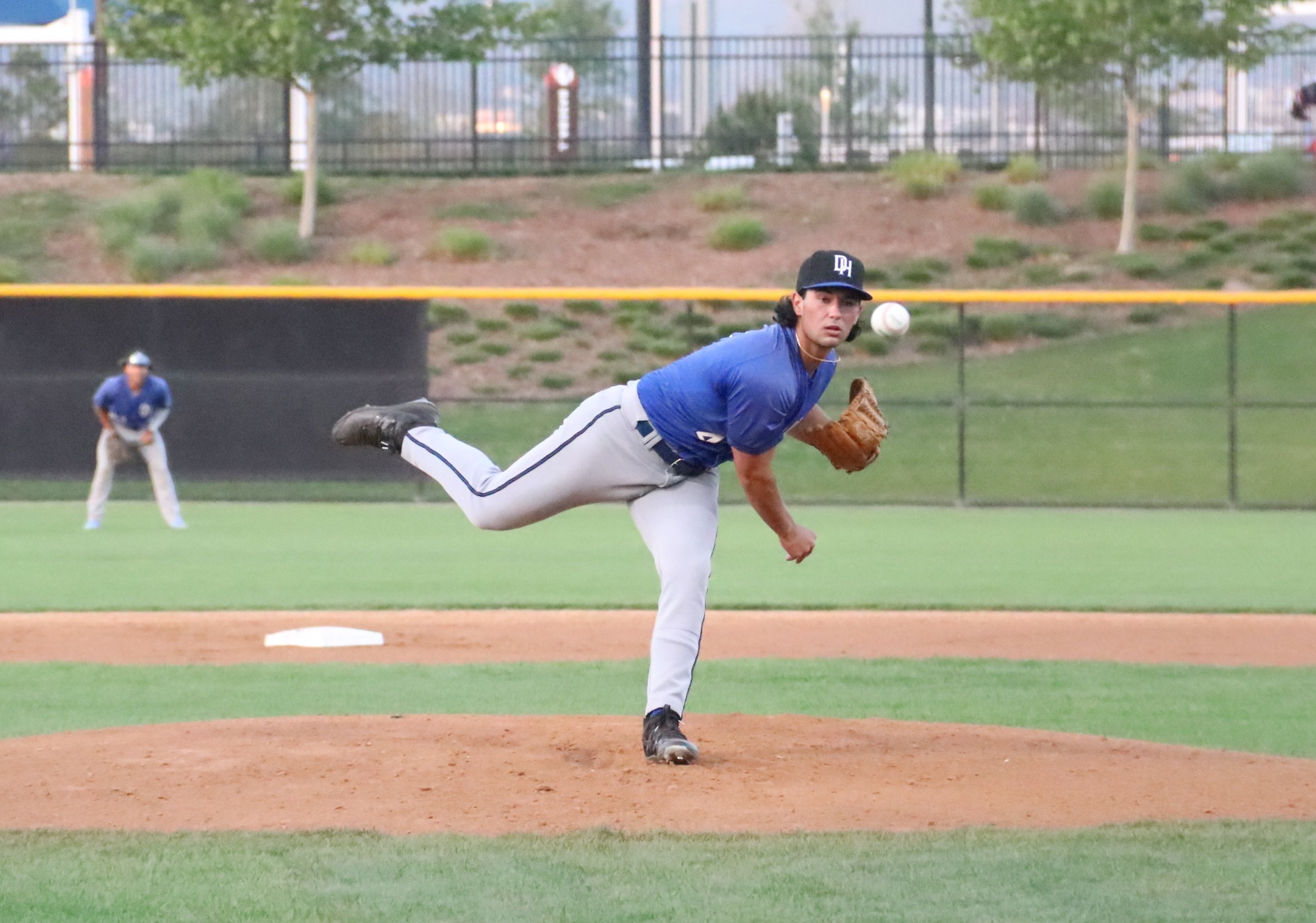 Over the years, the Ryan Lemmon Tournament in Irvine has been a welcoming environment for the Dana Hills baseball program. The Dolphins won the tournament in 2018 and were runner-up last season.

However, despite a win in their tournament opener, this year’s edition at the Great Park did not offer Dana Hills much respite from its recent struggles.

After losing two of three games in their South Coast League opening series against Mission Viejo, the Dolphins beat Newport Harbor, 10-4, to start the Ryan Lemmon Tournament on April 2. Dana Hills was then shut out in its next two games, an 8-0 loss to Northwood on Monday, April 4, and a 1-0 defeat to Villa Park on April 5.

Dana Hills closed the spring break tournament with a 10-6 loss to Esperanza on Wednesday, April 6, which leaves the Dolphins still searching for consistency coming back to South Coast League play next week.

“I feel like we’re playing at the level of our competition,” Dana Hills coach Tom Faris said after the Villa Park game on Tuesday. “We have to sustain playing well. This isn’t fair to some teams, but I don’t feel like we’ve played very well against some of the lower teams we should be beating. We’re playing even with some of the better teams.”

Dana Hills is 7-12 overall this season and 1-2 in the South Coast League. Aside from a three-game winning streak in tournament play earlier this season, the Dolphins have struggled to string together victories, with some tight losses along the way.

“I think it’s tough for kids to get past the whole record thing,” Faris said. “They get caught up on their record, and that’s not what’s important right now. What’s important is how we play in the remainder of our league. If we can come through and compete and get our execution done, then I like what can happen with this group.”

Dana Hills lost two of three against both Capistrano Valley and Mission Viejo last season, so the Dolphins know it’s a long, winding road to the league title with plenty of opportunities left.

Part of the work that Faris is looking for right now is the team to embrace and execute small ball.

The Dolphins were able to lay down several bunts against Newport Harbor, as Dana Hills broke a 3-3 tie with a three-run fourth inning and four-run fifth inning. Senior Zach Leite collected four RBI in the game and had the only extra-base hit of the day for Dana Hills with a double. Seniors Andrew McKeown, Ryan Edwards and Grant Faris each scored two runs.

For as well as the small ball worked on Saturday, it was equally frustrating for Dana Hills on Tuesday.

Villa Park scratched its one run across in the second with a walk, double and fielder’s choice that brought in the score. From there, Dana Hills had an excellent five-inning, six-strikeout performance by senior Bo Kelly, and freshman Ben Moulin pitched two innings of scoreless relief.

Offensively, Dana Hills couldn’t capitalize. The Dolphins threatened in the first inning with two singles, but the Spartans escaped with a double play. Dana Hills then scattered three hits over the next six innings and only got as far as third base with two outs in the seventh.

“It’s little things. We’ve lost quite a few of our games like that,” Faris said. “Hopefully, this is another learning lesson, and we can build on that, get back to league and do those things right.”