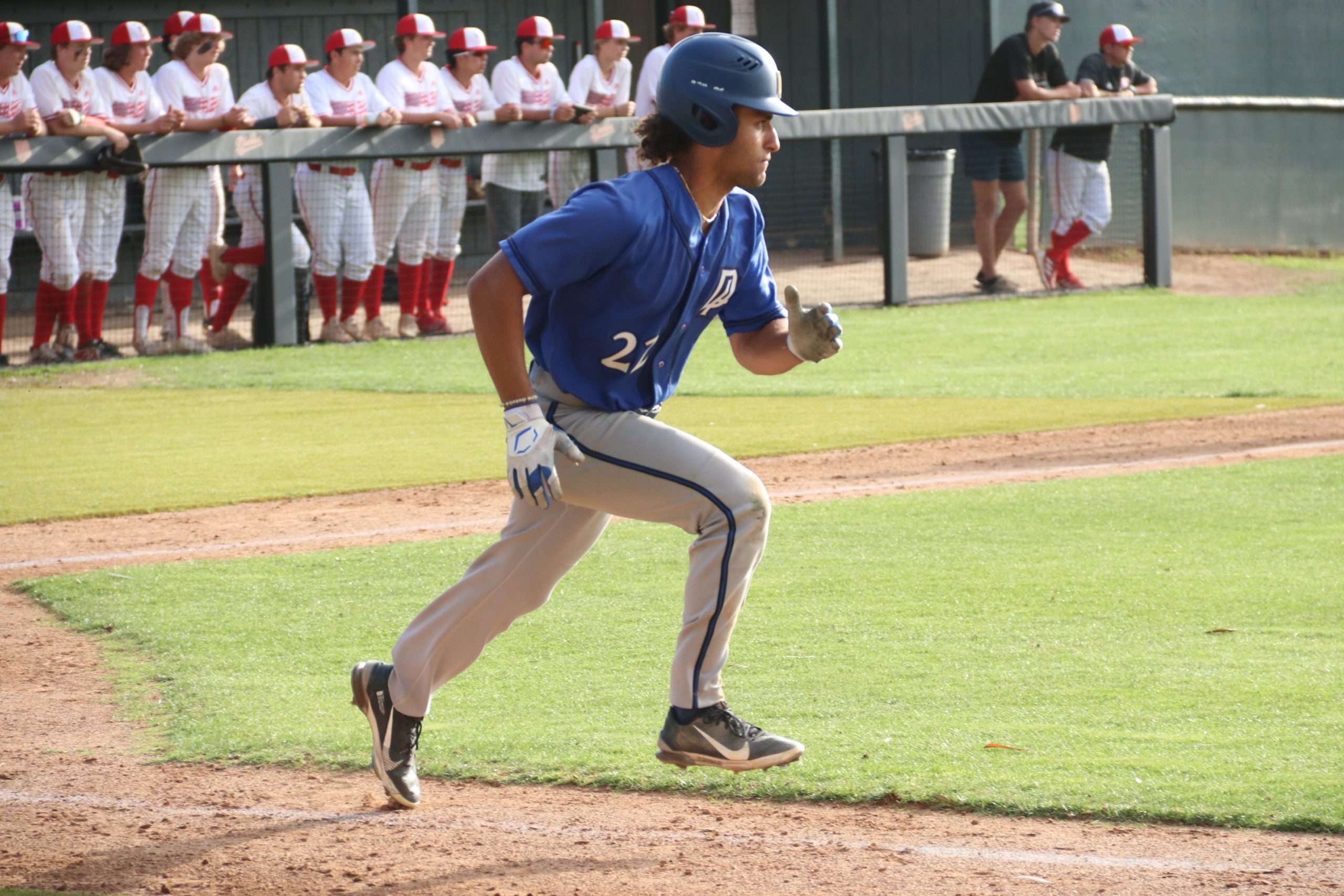 The Dolphins have been up and down all season, with wins and losses by wide margins. Dana Hills’ longest winning streak of three games was followed by its longest losing streak of four games.

Dana Hills broke that streak with a 9-4 win over Gahr of Cerritos on Saturday, March 26, and rolled with that offense into its league opener on Monday, March 29. The Dolphins beat Mission Viejo at home, 7-3, but in the series’ second game at Mission Viejo on Wednesday, March 30, Dana Hills fell back again.

The Dolphins were plagued by errors and baserunning mistakes, as the heart of the Diablos’ batting order capitalized for an 8-4 win to even the league-opening series.

It’s a crucial opening series for both teams, as the Dolphins, Diablos and Capistrano Valley split the South Coast League championship three ways last season. The Cougars are Dana Hills’ next league opponent on April 12, 13 and 15. Mission Viejo closes the season with Capo Valley on April 26, 27 and 29.

Dana Hills had its bats going early in the first game against Mission Viejo, scoring runs in each of the first four innings. Dana Hills led, 2-0, after one inning, and even though Mission Viejo took advantage of walks in the second inning to take a 3-2 lead, the Dolphins tied it in the bottom of the inning and pulled away with three runs in the third.

Dana Hills opened Wednesday’s game coming out of the box as well. Jack Moulin reached on a single and scored from first on a double by senior Zach Leite. However, as Dana Hills kept coming, Leite was thrown out at home, and with runners on second and third, the early Dolphin threat produced only one run.

In the second inning, the wheels came off quickly for Dana Hills.

Mission Viejo’s first two runners reached on errors, and both came around to score. The Diablos got a two-RBI hit with two outs to take a four-run lead out of the second inning.

After the first inning, Dana Hills didn’t get another hit until the sixth inning. Senior Caden Martin scored on an error, and senior Sebastian Moore drove in Edwards and senior Kaleb Manrique with a two-out, bases-loaded single. However, the Dolphins were caught pushing it on the bases to end the rally.

Mission Viejo tacked on one more run in the sixth after a leadoff double, and the Diablos closed the game with a strikeout in the seventh inning to even the league record.