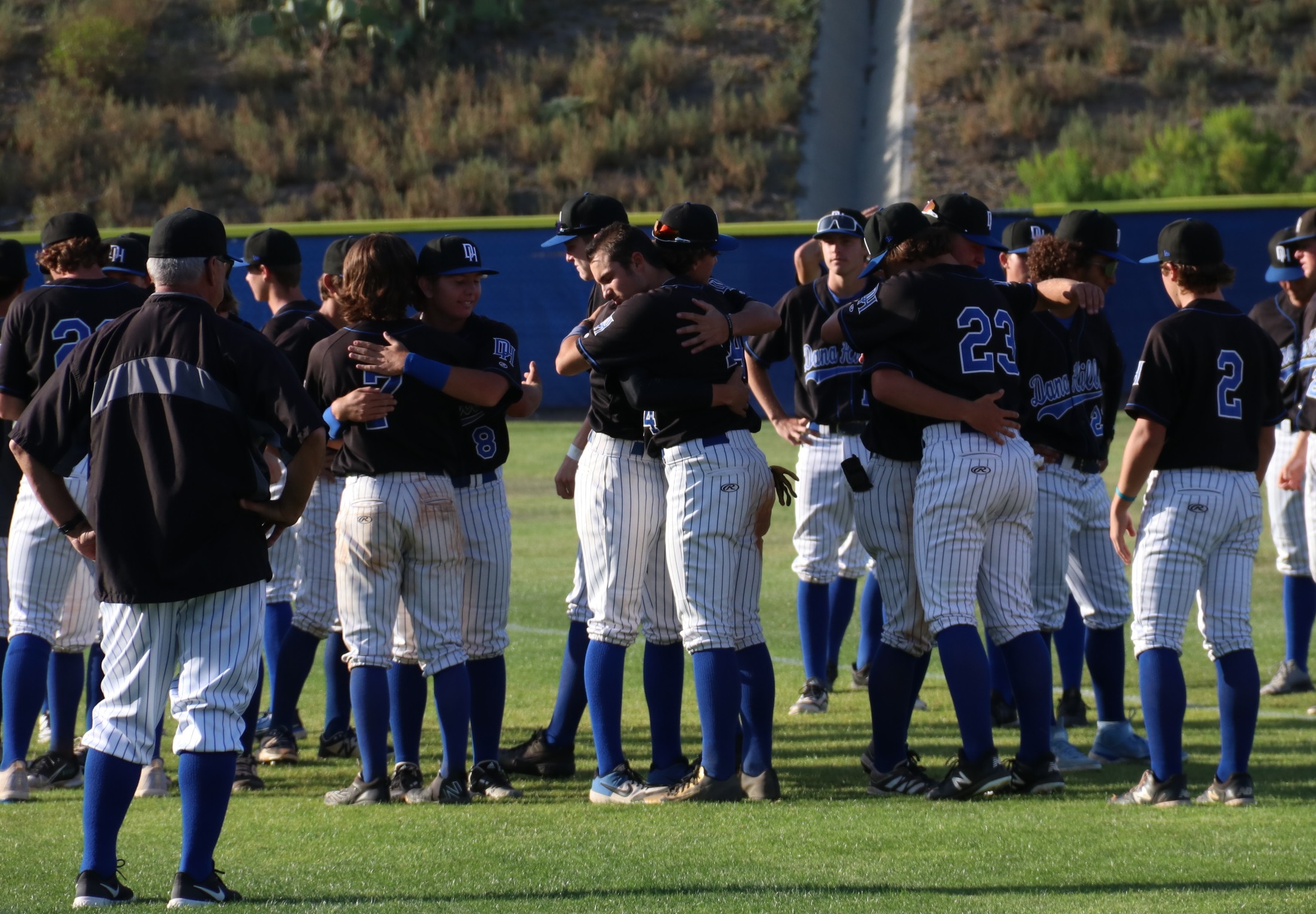 Despite sitting seven games under .500 overall and three games under in league play, the Dana Hills baseball team still had created an opportunity for a CIF-SS playoff berth entering the Dolphins’ final game.

It was winner-takes-all for the final guaranteed playoff berth out of the South Coast League in the season finale at Tesoro on Friday, April 29.

Both teams’ offenses were kept in check on Friday, until things spiraled away from Dana Hills in the fifth inning. The Dolphins couldn’t get anything going at the plate, and Tesoro capitalized on Dana Hills mistakes to claim the victory, 5-0, and a CIF-SS playoff berth.

Tesoro (20-8, 6-6) scratched out a run in the first inning for the one-run lead it would hold until the fifth. Tesoro loaded the bases in the second and third innings, but the Dolphins worked out of the jams.

The Titans led off the fifth with a single, a sacrifice bunt, and another two singles to score, 2-0. It was in the next at-bat that the game got away from Dana Hills.

During the ensuing at-bat, the Dolphins attempted a pickoff from the catcher back to first base, and while the Tesoro runner was out of position, the umpire ruled that Dana Hills had missed the tag. While that play went on, a Tesoro runner stole home for the 3-0 lead. Dana Hills coach Tom Faris was furious with the call and earned an ejection for his vehement argument with the umpire.

From there, Dana Hills allowed a run on an error, and the runner that reached on the error came around to score immediately on an RBI double to increase Tesoro’s lead to 5-0, the eventual final score.

Offensively, the Dolphins were stymied, as Tesoro’s starting pitcher faced only two batters over the minimum through six innings. Dana Hills batters struck out only three times over that stretch, but the Tesoro defense was perfectly positioned for everything else.

Dana Hills finally threatened with back-to-back, one-out walks in the seventh, but that was all the Dolphins could muster, as Tesoro held on for the shutout.