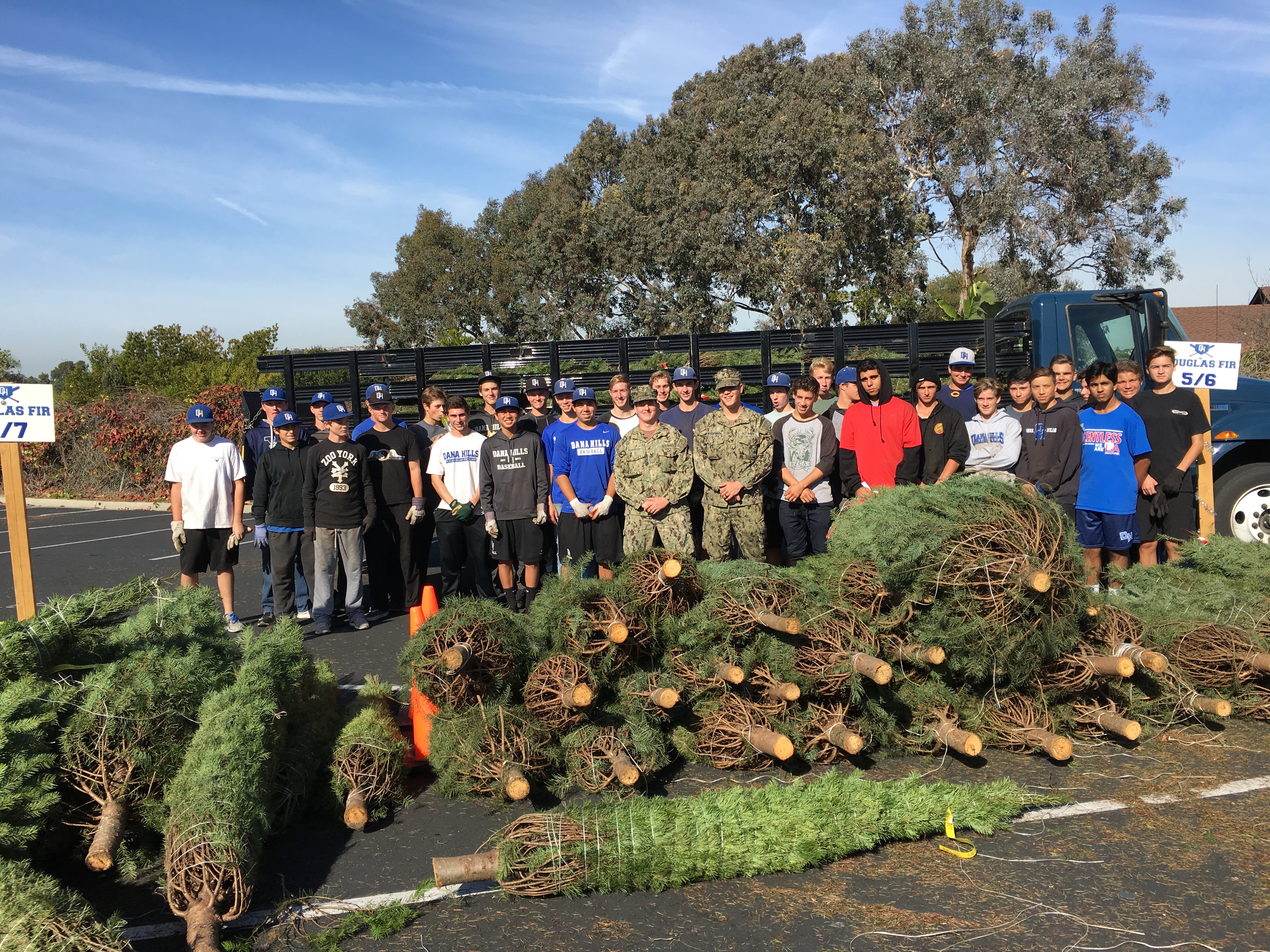 The Dana Hills High School baseball team is holding their annual Christmas tree fundraiser to not only raise funds for the team, but to bring some holiday cheer to families who may not be able to afford a tree.

For the last 12 years, the Dolphins and baseball coach Tim Faris have been selling Christmas trees to raise money for the team. Part of the fundraiser includes bringing trees that have been donated to families and military personnel at Camp Pendleton.

At first, the event did not include tree donations, but donations were added in when Faris learned of local families that weren’t able to purchase a tree for themselves.

“It started out as just getting trees for the general public,” Faris said. “Then we started thinking about getting them to families that could use some help.”

Faris said the boys usually have around 100 trees that are purchased for donation and 500 trees purchased in total.

“I would like to see this thing get bigger,” Faris said. “We did see an increase in trees donated to the Marines. Last year was a big event for them.”

Faris also believes it’s important for the event to be family-oriented.

“We try to make it as much of a family lot as possible; my kids and family have done it every year,” Faris said. “We have the teams’ families out there. There’s music and food every year.”

Michelle Balconi said her son is on the team, and she’s excited to participate in the event this year.

“We have two children. We’ve gone through little league, dance, volleyball, all kinds of fundraisers, but this is the first one you can support the team but also make a donation to a needy family,” Balconi said. “[The team] is providing a nice service.”

The fundraiser will continue until Nov. 19, and then the team will load up cars with the purchased trees and donate the others to families on Dec. 3.

Orders can be made online at www.danahillsbaseball.com. Trees range from $65-$175 depending on tree type and size.

“We know our trees are more expensive, but we’re trying to have a fundraiser, and the money goes to a good cause,” Faris said. “It’s going to go to the baseball team; it provides uniforms, equipment and more.”