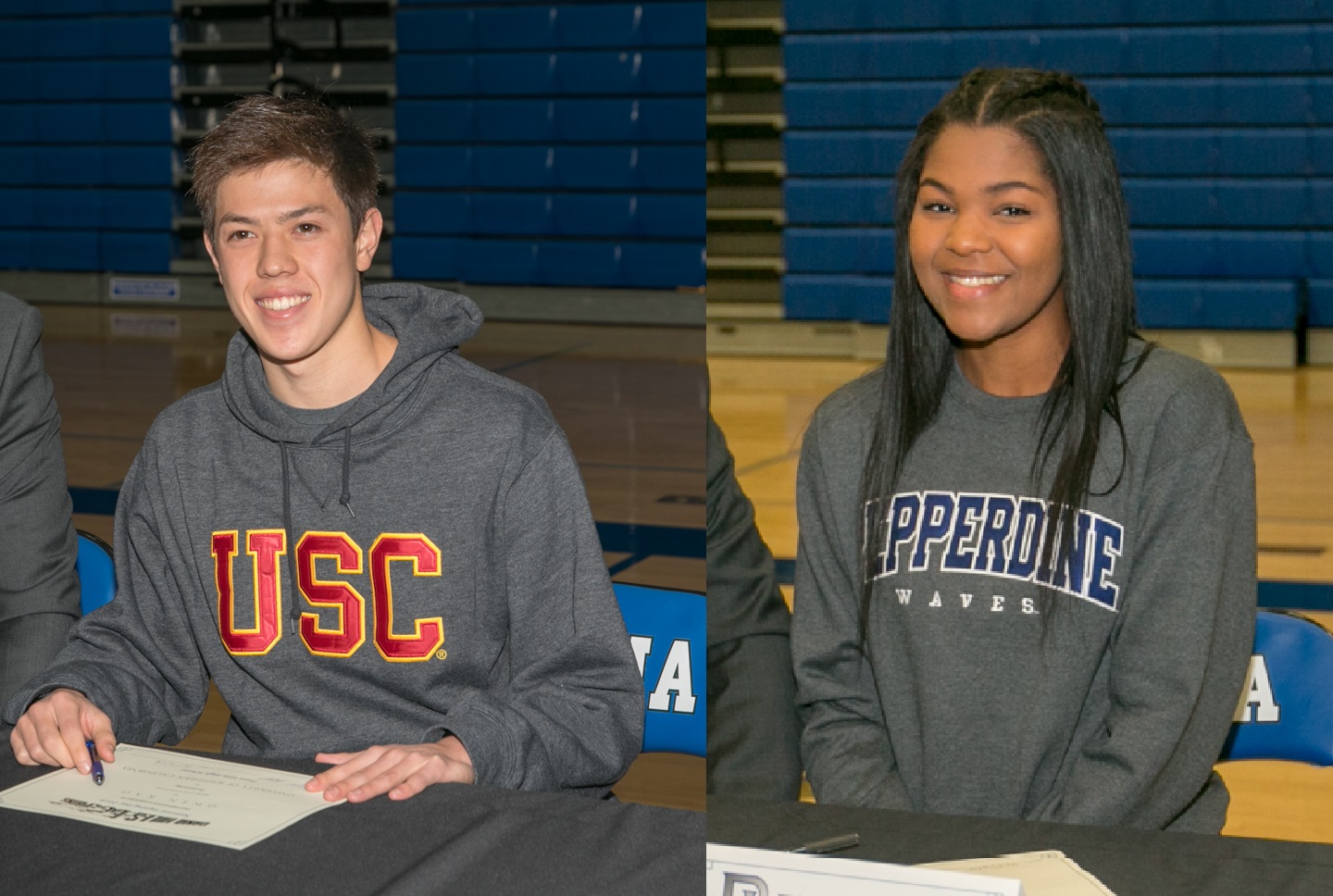 Kao closed out his senior year with another spectacular season in the pool.

Right before the season, Kao made his college plans official by signing with the University of Southern California at Dana Hills’ National Signing Day ceremony on February 7.

Kao went on to claim podium medals at the CIF-Southern Section Division 1 championships on May 12 at the Riverside Aquatics Complex.

He was the defending CIF-SS champion in both individual events when the Dolphins won the Division 1 swimming title in 2017.

Ballo’s career at Dana Hills will always be remembered as she earned a spot on the Dolphins’ Wall of Fame.

While not playing for Dana Hills in her senior season, Ballo is an accomplished volleyball player that helped the Dolphins storm to the league title as a junior. Her volleyball exploits for school and club allowed her to sign with Pepperdine at Dana Hills’ National Signing Day ceremony on February 7.

Wall of Fame honorees need to be recognized as first or second team in two or more sports, and Ballo got that done in spades as a thrower for the Dana Hills track and field team.

In her senior season, Ballo set personal records in both the shotput and discus. Ballo set her high mark in the shotput at 35 feet, 7.75 inches in a dual meet against Trabuco Hills on April 25.

Ballo was stronger in the discus where she finished sixth at the Orange County Championships on April 14, third at the South Coast League finals on May 4 and took second at CIF-SS Division 1 preliminaries on May 12. Ballo set her personal record at prelims with a throw of 130 feet, four inches.