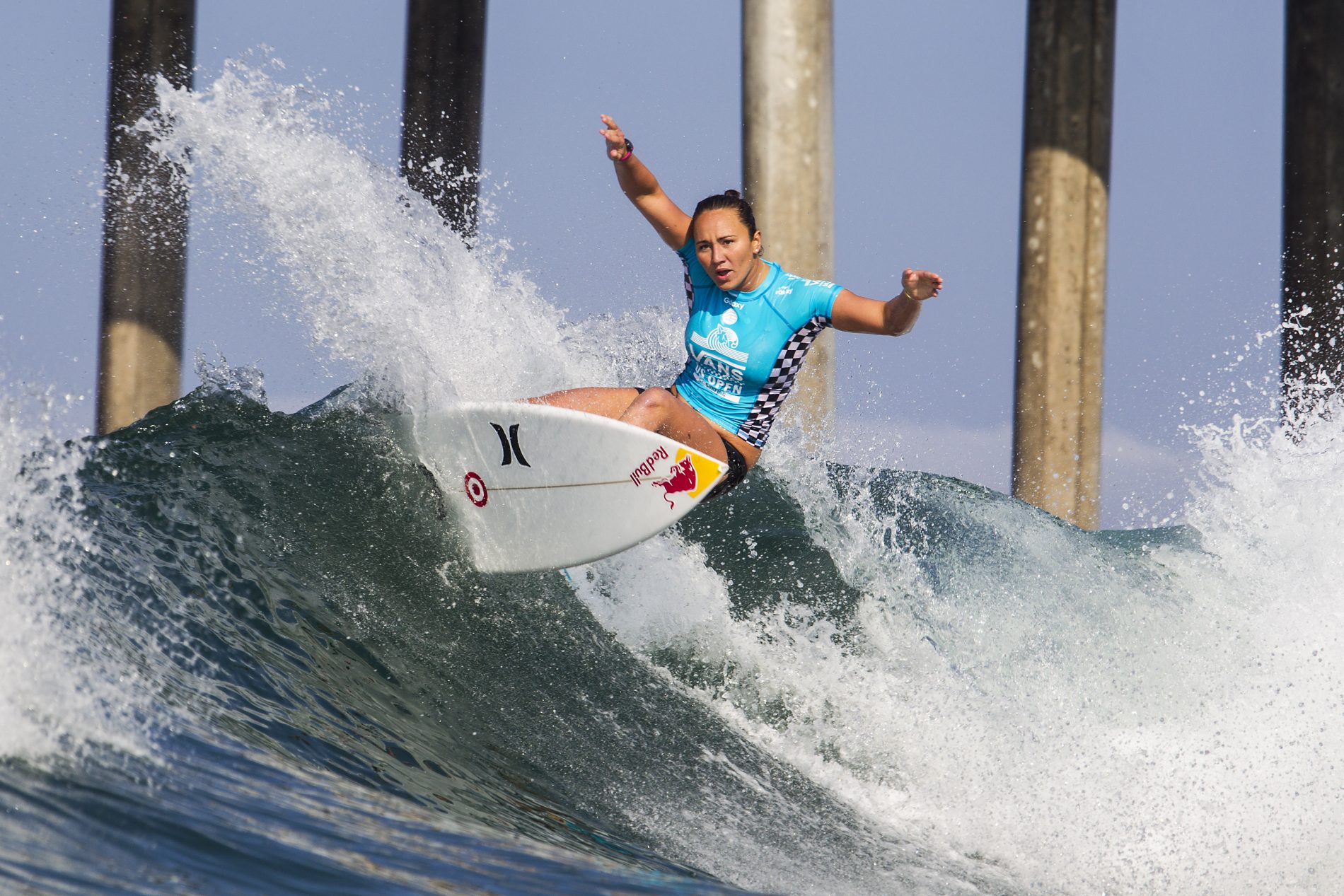 This week, the U.S. Open of Surfing is taking place in Huntington Beach. The world’s best men and women surfers have amassed in Surf City to battle it out for valuable WSL qualifying points and some much-needed prize money. The road to U.S. Open glory is a long one that typically starts when kids are barely teenagers. Over the last couple of years, I’ve had the privilege of working with women’s world champion and former U.S. Open champion Carissa Moore and her father, Chris, on a book project detailing exactly what it takes to get to the top. In 2015, Chris approached me, explaining that he wanted to tell the story from a parent’s perspective and needed some editorial help. It was a story that hadn’t been told before, and seeing so many kids and parents over the years rise up through the ranks of pro surfing, it seemed like an important subject. We spent the next two years bouncing manuscripts back and forth until we finally decided to self-publish on Amazon.

The following is an excerpt of when Carissa entered the Quiksilver King of the Groms. Needless to say, surfing has matured considerably since then, but it does serve as a valuable parable that life ain’t always fair, no matter how well you surf:

“When she was fifteen she competed in the Quiksilver King of the Groms, a surf event featuring Hawaii’s top boys under the age of sixteen. Carissa’s sponsor at the time was Roxy, the sister brand to Quiksilver, so it was easy for me to ‘sneak’ her into the event. Quiksilver was happy to accommodate. After all, if she did well it was good publicity for the brand.

My instinct told me this was a smart event for her to compete in. The site of the annual contest was Kewalo Basin, where, during the summer months, she surfed almost daily alongside many of the boys in the event. This was a spot where Carissa was comfortable and confident—the two C’s that have long been part of her recipe for success.

By now Carissa had no problem surfing with and against her male peers. Carissa was a good surfer and the boys knew it, so there was a level of respect she’d earned. In addition, by this point she had been surfing against the boys for so long—though I am sure they were sometimes less than pleased with her attendance—that they were used to her entering competitions and getting the better of them.

We looked at it as a no-lose situation. I told her that, being a girl, no one expected her to do well, and besides, “it’s good practice” and “you get to be the underdog.” She wholeheartedly took on the challenge. She knew that when she surfed against the girls there was an expectation and pressure to win, but against the boys there was never any expectation, and certainly no pressure to win.

For the King of the Groms, I prepared her to win. Carissa was excited to surf—a bad omen for the Hawaiian boys. The waves at Kewalos showed up, too. They were big and well-shaped. It was one of the best days of the summer. There was a lot of scoring potential for both the turn sections and the barrels. Carissa found both. In the semifinals she rode one of the best barrels she’s ever caught out at the break, a full, deep backdoor drainer that completely engulfed her for a moment. It was enough to win the heat and send her into the final.

In the finals, she was patient. This particular contest featured a one-wave “claim” format in which a surfer raised their hands after a completed ride to signify to the judges that they wanted that score counted for their heat. But once they claimed, their heat was over. One by one, the boys claimed average scores, and with their claim, they had to paddle in. Carissa was left sitting out the back alone for the last five minutes of the heat. She knew exactly what type of wave she was looking for. The waiting paid off. A set loomed; she took off and ripped the wave all the way through until it petered out into the channel. She claimed it. Victory was hers.

Unlike the previous year, there was no formal presentation. There was no lining up and announcing of final results. There was a rushed trophy handoff and that was it. Peering dejectedly from a distance, the boys were in such disarray that not a single one of them was in a mood to celebrate. Kewalo Basin was a very somber place that day. There would be no King of the Groms, but there would be a queen.”