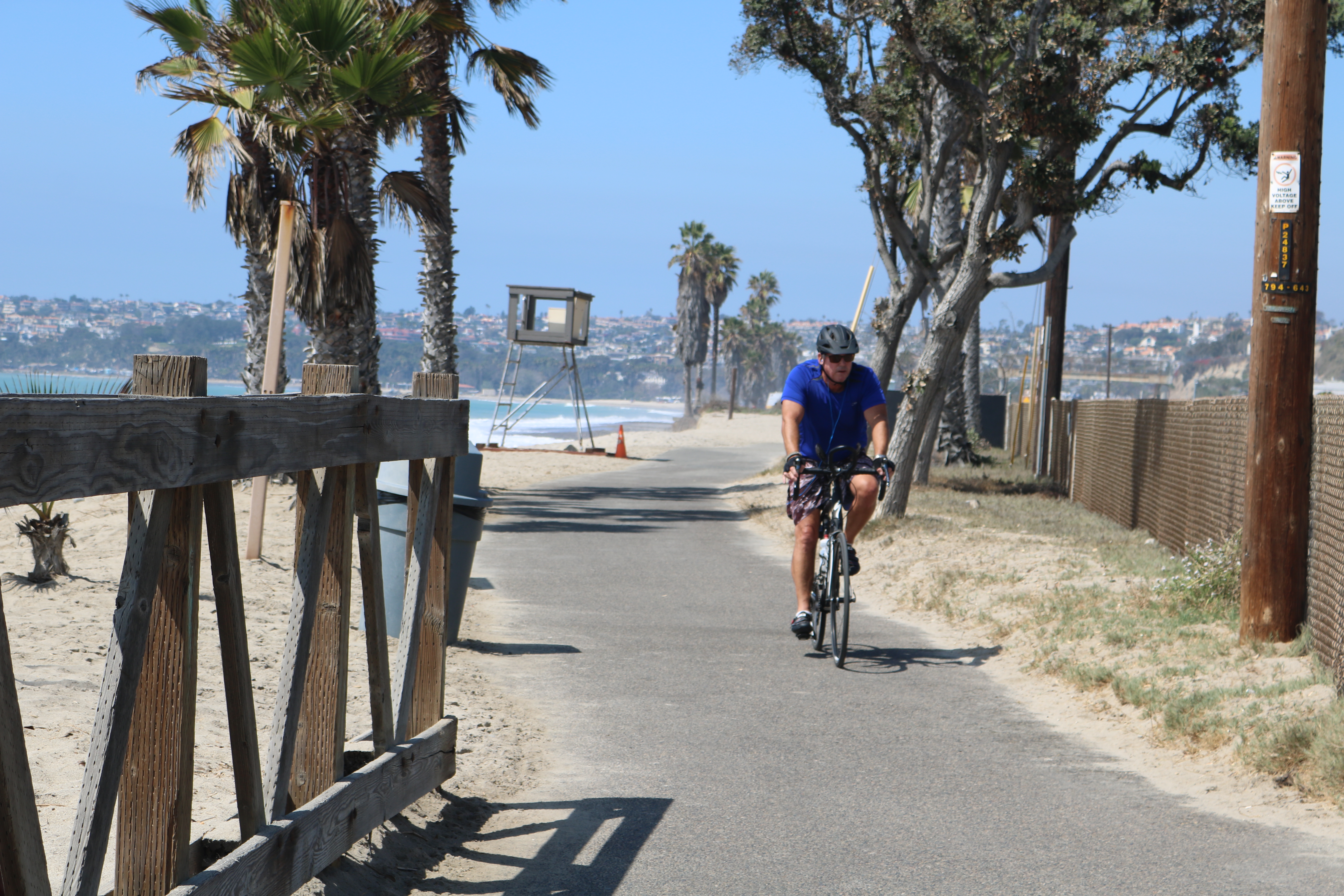 On any given day, drivers on Pacific Coast Highway can see a cyclist either riding to San Clemente, or turning onto Palisades and riding into the beach paths. But now, the city is taking steps to improve their bike and pedestrian pathways along PCH, as part of a larger plan to make Dana Point even more bike-friendly.

On Sept. 20, City Council voted in favor of a second phase of work that would make it safer for cyclists and pedestrians walking along PCH in the Capistrano Beach area.

The first phase, which is in the design stages and set to begin construction next year, would institute a two-way bike lane from Palisades to the pedestrian bridge on PCH. From there, a second phase will connect the lanes to Doheny Park Road.

The plan includes removing the existing sidewalk and constructing a new 14 foot-wide concrete path that will protect cyclists from vehicles. There will also be lighting and landscapping installed along the path.

“The goal is to have everyone use it in the evenings,” said Brad Fowler, director of public works. “As it all develops, people will be able to walk into Doheny Village and come back.”

Fowler said the planned path is not the same path that goes into Doheny State Park, but will be outside the park. He said that current path does get a lot of traffic, but the city believes the new path will see a lot of use.

“It will have its beautification, safety, lights for pedestrians,” Fowler said.

Currently, Fowler said the safest route for bikers coming in and out of Dana Point is through Dana Point Harbor Drive onto Street of the Golden Lantern then to Del Prado and up Pacific Coast Highway. With the phases implemented, cyclists will now be able to continue to and from San Clemente.

“[The roads] aren’t so bad here, but there are some that drivers aren’t as aware of, and that’s where more people are getting hit,” Daurelio said.

Further down the line, the city has plans to work on the other side of PCH and possibly have a “class four” lane, which is a bike lane separated from vehicle traffic but will allow cyclists to turn off the streets more conveniently.

“You have all those side streets, Crown Valley, Selva, Niguel Road,” Fowler said. “Cyclists will want to turn off and it won’t make sense to have a two-way lane there.”

The project was selected by OCTA to receive up to $2,073,224 for construction, provided the city contributes the required 12 percent match—$282,712—and pays for non-eligible project improvements. The total the city would be responsible for is $461,892 including non-construction design services.

Fowler told the Council and staff the funding would come from air quality enhancement funding and existing capital improvement projects.

The construction for phase one is set to begin in 2017 and phase two for 2018, and Fowler said the city will aim to do the work during the off-season. He said he doesn’t anticipate the construction taking more than three months but scheduling has not been set.